An address President Trump gave in Florida caused widespread confusion with his reference to an unspecified incident in Sweden. 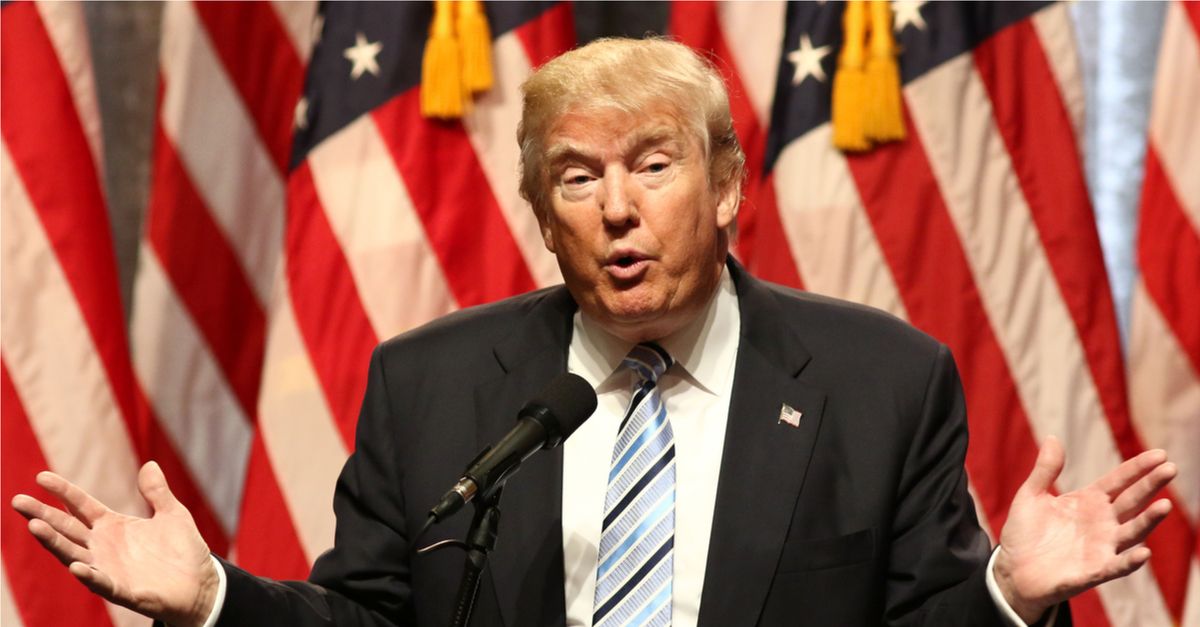 On 18 February 2017, President Donald Trump gave a speech in Melbourne, Florida, during which he sparked confusion with a reference to unspecified events in Sweden while discussing controversy over an executive order implementing temporary entrance restrictions in the U.S.

Although President Trump's mention of Sweden was fleeting, it became the largest point of interest in media coverage of the event as listeners tried to figure out what, exactly, he was referencing. An Associated Press report compiled responses to his puzzling statement, including several from baffled Swedish officials:

The president may be referring to a segment aired Friday night on the Fox News Channel show "Tucker Carlson Tonight" that reported Sweden had accepted more than 160,000 asylum-seekers last year but that only 500 of the migrants had found jobs in Sweden. The report, which was illustrated with video of broken windows and fires, went on to say that a surge in gun violence and rape had followed the influx of immigrants.

"Nothing has occurred which would cause us to raise that level," agency spokesman Karl Melin said.

One Twitter user said, "After the terrible events #lastnightinSweden, IKEA have sold out of this" and posted a mock Ikea instruction manual on how to build a "Border Wall." ... [Sweden's] most recent attack linked to extremism happened in the capital, Stockholm, in December 2010. An Iraqi-born Swede detonated two explosive devices, including one that killed him but no one else.

A White House spokesperson addressed media questions about what it was that occurred in relation to Sweden on the day that the President referenced:

White House spokeswoman Sarah Huckabee Sanders, addressing the matter on [19 February 2017], told reporters that Trump “was talking about rising crime and recent incidents in general and not referring to a specific incident.”

Trump's new tweet came after speculation over the incident he referred to had circulated on social media for nearly a day. Although he did not explicitly say it, his remarks were widely perceived as suggesting that an attack occurred Friday night in Sweden.

President Trump also attempted to clear up the "Sweden" confusion via Twitter by confirming that yes, he was referring to a segment that had aired on the Fox News Channel the previous night: ABC News covered some of the claims made about Sweden and immigrants during that Fox News segment:

Are those claims justified?

“It’s very judgmental,” Nicklas Lund, a press officer at the Swedish National Council for Crime Prevention, said of the claims. The council is an agency in Sweden’s Ministry of Justice that conducts research on the judicial system.

Sweden has 15 suburbs with high crime rates, he said, but the recent influx of refugees doesn’t explain the problem. Rinkeby is one of these 15 areas.

“In 2015 a big number of refugees came to Sweden, and these were problem areas before that,” he told ABC News.

The council looks at factors such as income and education level in its research on why people commit crimes — not whether they are refugees, Lund said.

A newspaper in Sweden later mockingly responded to the controversy by publishing a list of incidents from the night in question:

3:24 PM (local time): A man set himself on fire at Sergels torg, a plaza in central Stockholm. He was taken to the hospital with severe burns. There is so far no information on his motives but the intelligence service is not part of the investigation.

6:42 PM: The famous singer Owe Thörnqvist had some technical problems during rehearsal for the singing competition ”Melodifestivalen”. (However, the 87 year old singer still managed to secure the victory the very next day.)

8:23 PM: A man died in hospital, after an accident in the workplace earlier that day in the city of Borås.

8:46 PM: Due to harsh weather in the northern parts of Sweden the road E10 was closed between Katterjåkk and Riksgränsen. Due to strong winds and snow in the region the Met office also issued an avalanche warning.

12:17 AM: Police officers initiated a chase for a fleeing Peugeot through central parts of the Swedish capital of Stockholm. The pursuit ended in police officers ramming the suspect at Engelbrektsgatan. The driver is now accused of driving under the influence, traffic violation and car theft.

11:23 AM: Ok, let’s not be fake news, this story took place in the autumn, but was reported Friday before lunch and we thought you would like it. A wooden moose got the attention of a lovesick moose bull. It all happened in 79 year old Ove Lindqvist’s garden in Byske outside Skellefteå, northern Sweden. ”I thought it was going to start a fight, instead it humped the wooden moose thrice”, he said.