The League of the South says they want to defend themselves against 'leftist enemies,' such as Black Lives Matter. 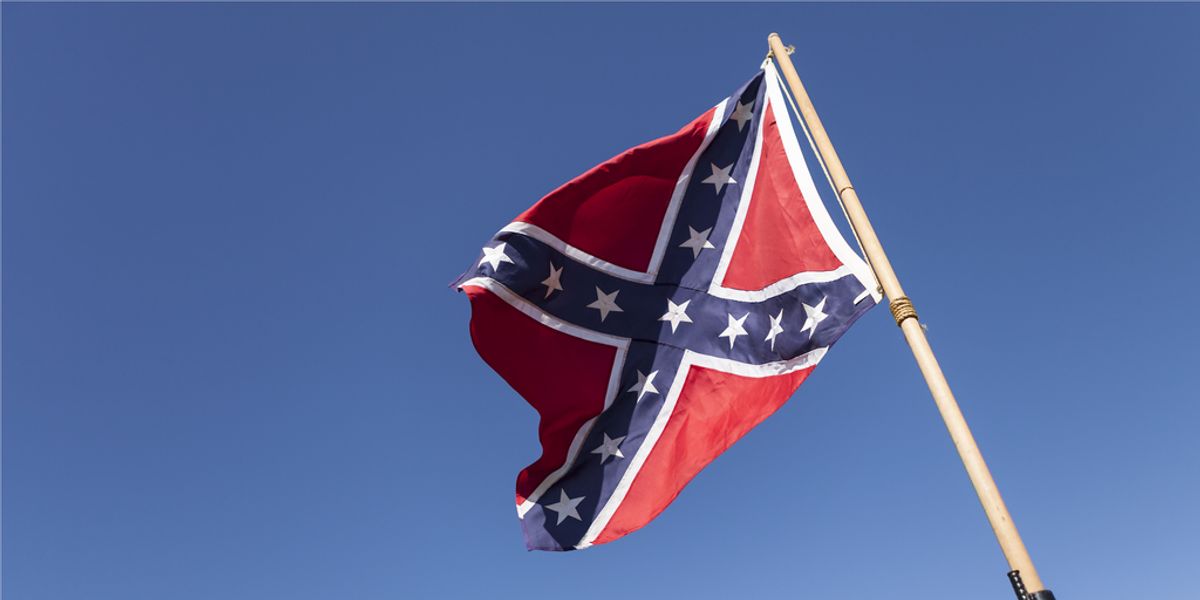 The neo-confederate League of the South (LOS) is calling for volunteers to join what they are calling a "Southern Defense Force" against "leftist chaos," according to reports.

LOS president Michael Hill's announcement stated that the group be "ready to assist our local and State authorities" and be willing to be deputized against what he described as enemy groups:

Southerners, the leftist enemy has their army in the streets in the form of the Antifa (anti fascists), Black Lives Matter (BLM), and assorted other radical organizations. They are on the march–rioting, burning, and physically assaulting those with whom they disagree. It’s only a matter of time until they move from major urban areas and college/university campuses into smaller cities and towns, the suburbs, and ever [sic] some rural areas. We dare not wait to organize our defenses until they appear on our doorstep here in Dixie.

We contacted police in Killen, Alabama, where the LOS' website lists a P.O. box as a mailing address, as well as the Alabama Law Enforcement Agency seeking comment on Hill's announcement. They have yet to respond. We also requested comment from the Alabama State Conference of the NAACP.

Carla Hill, an investigative researcher for the Anti-Defamation League, told us that her group was not surprised by Hill's announcement, given its recent history:

They have included handgun and weapons training at their gatherings dating back to 2011. In fact, in 2014 they attempted to create a paramilitary unit, allegedly dubbed “The Indomitables.” And, just last July they held training on "gun work" and "core blade skills" in Wetumpka, Alabama.

The fact that the announcement insinuates their help is needed or wanted by State and local authorities is merely a tactic on the part of the LoS to appear legitimate or mainstream.

Southern Poverty Law Center senior fellow Mark Potok said that Hill's addition of anti-fascists and the Black Lives Matter movement to his list of enemies was "certainly" because of the protests against President Donald Trump's administration around the country. In the past, Potok said, Hill has also described the American government as "the empire" while denigrating the press and black Americans.

"Frankly, he sounds like a neo-Nazi," Potok told us.

Potok cited an 18 May 2016 essay by Hill in which he argued that World War II was spurred on by "powerful Jewish interests" in the United States and Great Britain:

Most Americans likely believe that the defeat of Germany in 1945 was a good thing. But, upon closer observation, it can be seen as an unmitigated disaster for Western Christian civilization. Germany has been the heart of the old Holy Roman Empire of Charlemagne, and, it can be argued, the birthplace of European civilization after the fall of Rome. When Great Britain, and especially the US, allied with the Soviet Union to destroy Germany, they helped bring about what future historians (if they are honest) will correctly term “the suicide of the West.”

While Hill's rhetoric has grown more inflammatory, Potok said, he and his group have lost support among younger white nationalists in part because he has become "so flamingly radical" and also because Trump has "stolen their fire":

A June 2015 study by the New America Foundation, a non-partisan research group, found that American white supremacist groups had killed 48 people in the U.S. since the 11 September 2001 attacks, twice as many victims as those claimed by self-identified Muslim extremists.