The protester, Scott Charney, has pleaded not guilty to one misdemeanor count. 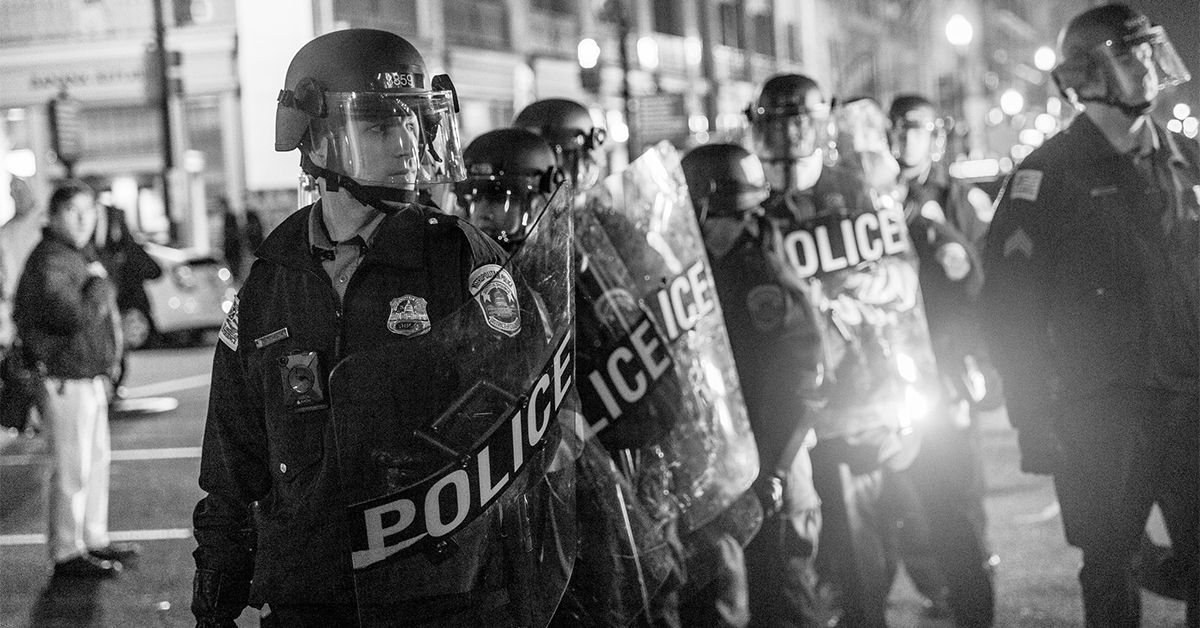 An Inauguration Day protester who was caught in a "sting" video planning with two other people to shut down a celebration honoring newly elected President Donald Trump has been arrested and charged with one count of conspiracy to commit assault, a misdemeanor, according to the U.S. Attorney's Office in Washington, D.C..

Scott Charney, 34, was caught in a video produced by James O'Keefe's organization, Project Veritas, discussing plans to unleash butyric acid — a substance often used in stink bombs that could also have harmful physical effects — at the "Deploraball," an event planned for 19 January 2017 at the National Press Club in downtown Washington. Also captured in the video were Colin Dunn and Luke Kuhn, who have been similarly charged but not yet arrested.

Charney pled not guilty and was released on the condition he stay away from inauguration-related activities with a court date set for 3 February 2017, according to court documents. Charney's attorney, Elise Haldane, said she couldn't comment because the case is pending, but Lacy MacAuley, a representative from DisruptJ20, told the Washington Post that the the accused knew there was an infiltrator in their midst and therefore fed him false information about a plot to deploy butyric acid. The group gave a similar explanation to law enforcement, which is reflected in the charging document.

O'Keefe, who is known for making sting videos targeting liberal organizations, said it's the first time a video produced by Project Veritas has led to an arrest. He said the information was given to the FBI's Joint Terrorism Task Force and that "our information confirmed what they were already investigating" and that the "video is accurate."

The video in question can be seen here (Charney uses the name "Scott Green"):

According to charging documents, Charney and the others were members of the D.C. Antifascist Coalition and #DisruptJ20 movement. The meeting took place at Comet Ping Pong restaurant on 18 December 2016, where they discussed disrupting or stopping the Deploraball event. The document does not say that any butyric acid was found in the investigation but noted that Dunn had purchased two tickets to the event.

The document records that the three men discussed plans to set off the building's sprinkler system and deploy the butyric acid near the air ducts or on the floor to cause attendees to evacuate the building as a result of the smell. They also discussed setting off the fire alarm and pelting attendees with spray from water guns as they fled the building. The document quotes Charney saying he would spray the smell substance "all over." Police identified and arrested Charney just before 4 p.m. local time about two miles from the National Press Club.

#DisruptJ20 is an umbrella organization of politically radical groups that had publicly discussed disrupting the inauguration and related events, as their name implies. On 12 January 2017, organizer Legba Carrefour told the Boston Herald they  hoped to turn Inauguration Day into a "clusterf*ck":

If the headline (on Jan. 21) is, ‘Donald Trump inaugurated amid complete chaos and a cluster (expletive),’ then we won. A lot of us are people who could be considered anarchists. None of us have respect for the office or the man.

O'Keefe is a controversial figure in his own right and has been criticized in the past over his methods, including allegations his videos are deceptively edited, an accusation that rankles him. In a previous video, Scott Foval was sacked from Americans United for Change after being caught on video talking about voter fraud.