Hundreds of Thousands Attend in Women's March in Los Angeles

Protesters marched in major U.S. cities the day after the inauguration of President Donald Trump. 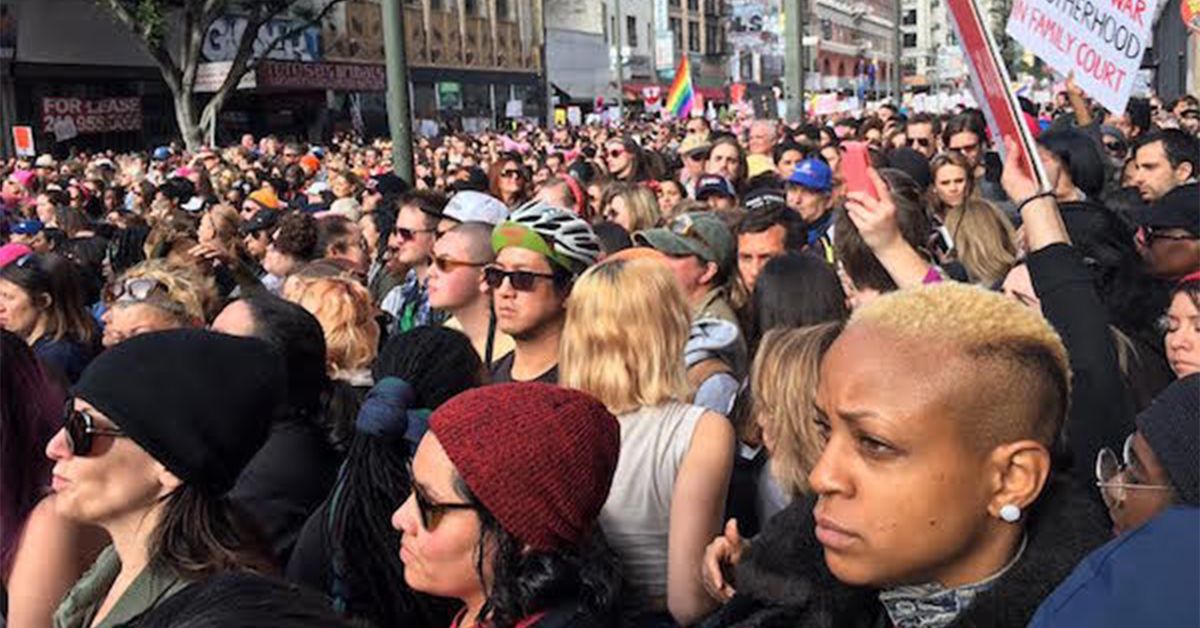 Hundreds of thousands of demonstrators packed downtown Los Angeles on 21 January 2017 in a peaceful rally that was attended heavily by Hollywood celebrities.

The protesters in Los Angeles joined people around the world, including some from Cape Town, Berlin, Nairobi, Paris, Sydney, and Mexico City, who came out to express their displeasure and anger over rhetoric and proposed policies of Donald Trump, the 45th U.S. president sworn in on 20 January 2017. In L.A., protesters were treated to live musical and dance performances by performers such as Jackson Brown, Regina Spektor, and Debbie Allen's dance troupe.

Michelle Moudry, 46, of Redlands, California, told us she came downtown from the Inland Empire because she was anxious over the new administration and believes Trump poses a danger:

I'm just disgusted that he's representing our country and he's a terrible danger to the world. He's just so hateful ... The thoughts that go through his head [about women] are just sick and dangerous.

Kerry Washington, who stars as "fixer" Olivia Pope in the political thriller Scandal, told the audience that after the election results were known, people took to social media and began asking for Pope to "fix this." But she took the moment to remind the crowd that public office holders "work for you."

Laverne Cox, a star of the hit series Orange Is the New Black, talked about her view that transgender people are being scapegoated and targeted by so-called bathroom bills in states such North Carolina, while Seinfeld and Veep star Julia Louis-Dreyfus used her moment to address President Trump directly:

You lost the popular vote. You have no mandate. We're watching you. Demonstrators listen to speakers at the 21 January 2017 women's march in Los Angeles, California.

Protester Nanette Carey, 51, of Los Angeles said she was concerned because Trump has "offended almost every American." She was troubled by statements Trump had made about blocking Muslim people from entering the country and wanting to cherry pick the reporters who cover him:

It would be nice to fall in line with that, "give him a chance" thing but it's hard to come to grips with that with what he's said. We will not stand for that. Protesters took over a large portion of downtown Los Angeles for most of the day but were generally peaceful, despite the large turnout. The crowd size was estimated to be about 750,000, but Los Angeles police told us they made no arrests.