While no official crowd count has yet been released for Trump's inauguration, Obama's inauguration in 2009 set a record for attendance. 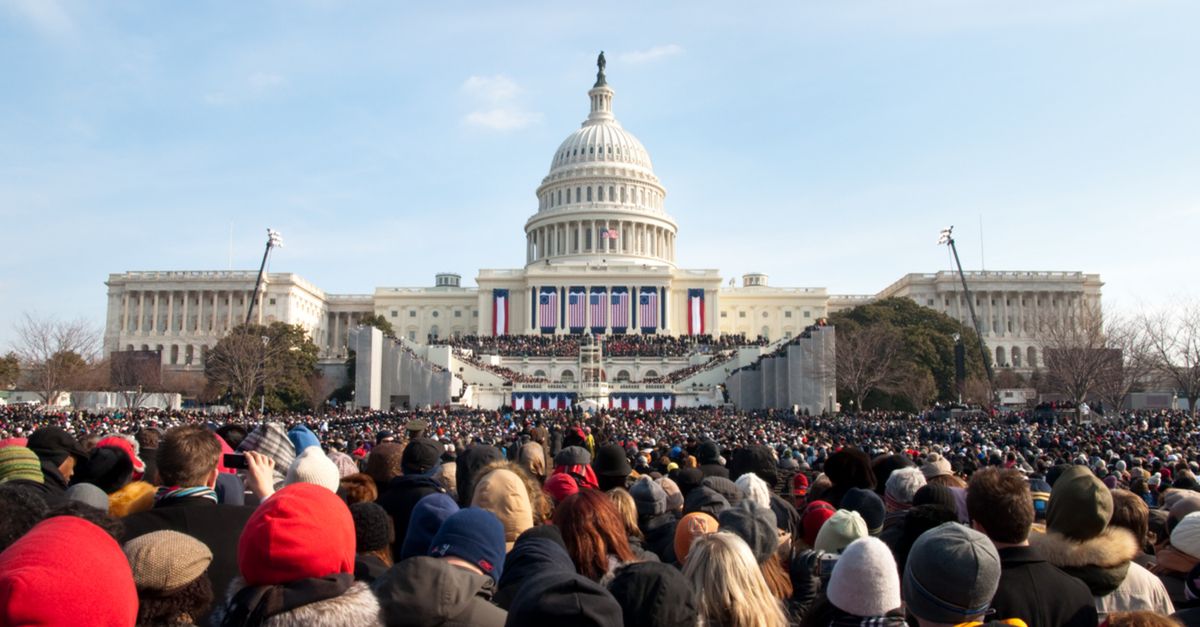 Obama's inauguration set a record for attendance with an estimated 1.8 million people, as it was a historical event: he was the first African-American U.S. president to take office, and his first 2009 inauguration generated wide viewership worldwide.

While it may be hard to gauge the size of a crowd based purely on a photograph, CNN looked at other factors like weather and public transit ridership:

But the side-by-side images of Friday's ceremony alongside the 2009 inauguration of President Barack Obama show a significantly smaller crowd on the National Mall for Trump than for Obama. There is empty ground exposed in the Trump photos. The same spots were almost entirely covered eight years ago, when estimates at the time suggested 1.8 million people attended the inauguration. The images above do not capture people who might have viewed from the west side of the Washington monument. And there are some differences...

When President Obama took the oath of office in 2009, conditions were clear with temperatures were in the 20s. Eight years later, temperatures hovered in the high 40s with intermittent rain.

Another sign attendance for Trump's inauguration could be lower: Metro ridership. Per WMATA, the Washington area transit authority, as of 11 am, 193,000 trips had been taken on the city's subway system. At the same hour in 2009, that number was 513,000, according to WMATA. The same time for the second Obama inauguration saw 317,000 riders, and President George W. Bush's second inauguration saw 197,000 riders by 11 am.

The New York Times also noted that because the weather was overcast during Trump's inauguration, it will be harder to get satellite pictures of the entire crowd:

The cloudy skies above this year’s inauguration means that there will likely be no clear satellite imagery of Washington. Without satellite imagery it is difficult to make a complete and accurate estimate of crowd size.

Some media reports cited organizers that pegged the expected crowd size for Trump's inauguration between 700,000 to 900,000 people — still a relatively large gathering.

However, in 2013, Obama's inauguration crowd was an estimated 1 million:

Meanwhile, the Interior Department was reportedly ordered to cease tweeting until further notice after an employee at the National Park Service used the official Twitter account to retweet a photograph taken by a New York Times photographer comparing the 2009 and 2017 crowd sizes.

A government official familiar with the stand-down said the agency is investigating whether the retweets were purposeful, “errant” or “whether we’ve been hacked.”

“They were not reflective of Park Service policy,” said the official, who requested anonymity because of the sensitive nature of the directive.

Swalec, Andrea. "How Many People Will Attend Trump's Inauguration? Why to Take Turnout Estimates With a Grain of Salt."   NBC Washington. 20 January 2017.