From a binomial nomenclature standpoint, its name is Neopalpa donaldtrumpi. 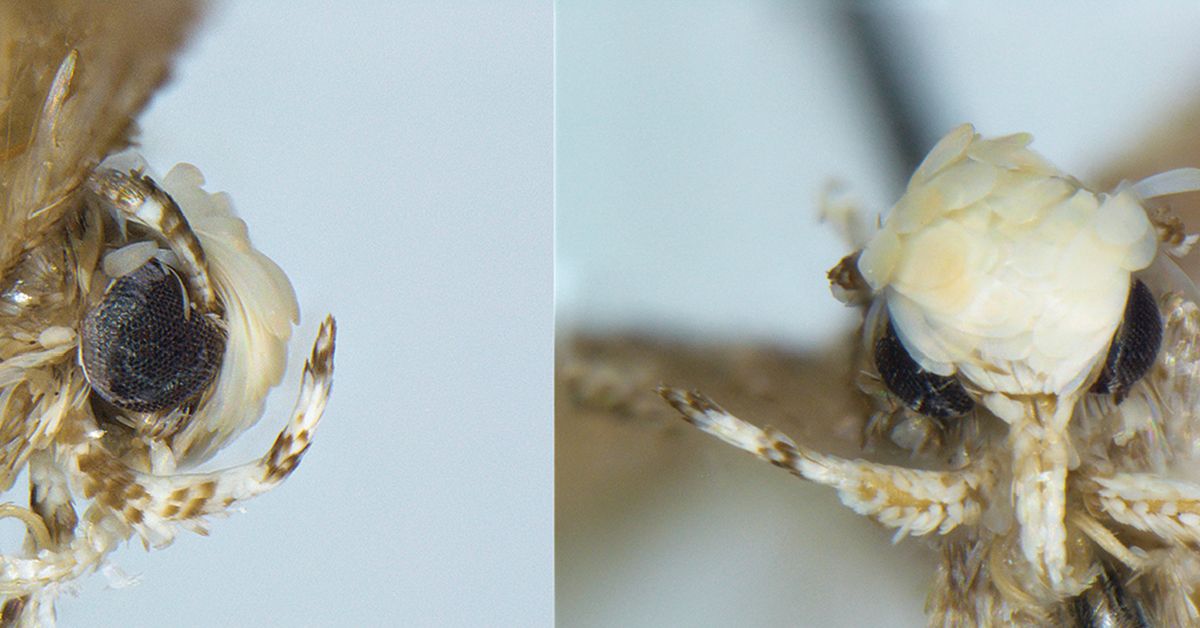 On 17 January 2017, an entomologist working at the Canadian National Collection of Insects, Arachnids, and Nematodes, Vazrick Nazari, published a paper that re-examined a genus of moth (Neopalpa), discovering a previously undescribed species in a large collection of specimens from California and Mexico. The paper, published in the peer-reviewed, open access journal ZooKeys, described the discovery as follows:

The new species was initially discovered through dissection of Gnorimoschemini material borrowed from the Bohart Museum of Entomology, University of California, Davis (UCBME). Two males and one female from Algodones dunes in Imperial County, California, showed a unique genitalia and wing pattern that did not match known species of Gnorimoschemini. Based on similarities in genitalia of both sexes I associated these with Neopalpa, and this identification was further supported by DNA barcoding.

The scientific name for the new moth species, Nazari determined, would be Neopalpa donaldtrumpi:

The new species can be easily distinguished from N. neonata by its external appearance, the yellowish-white scales covering the frons of the adult head, and the distinctive orange-yellow coloration on the forewing dorsum. In the male genitalia, the valvae are strongly curved, the saccus has an acute tip, and the highly-developed bilobed processes of the vinculum, characteristic of N. neonata [an existing species within this genus], are absent.

Some nomenclatural help: A frons is the area of the face above the antennae (the location of what looks like a striking blonde pompadour), the valvae are “broad paired paddle-like organs” that “are used to grasp the end of the female abdomen during mating”, and the saccus (or sacculus) is “ an expanded basal portion of the valve of the male genitalia” which in this case has an “acute tip”.

While some news outlets have implied that the description of the genitalia played a role in the moth species' naming, the author stated otherwise in his paper:

The new species is named in honor of Donald J. Trump, to be installed as the 45th President of the United States on January 20, 2017. The reason for this choice of name is to bring wider public attention to the need to continue protecting fragile habitats in the US that still contain many undescribed species. The specific epithet is selected because of the resemblance of the scales on the frons (head) of the moth to Mr. Trump’s hairstyle.

It remains to be seen, however, whether the naming of this new moth species will further the cause of protecting fragile habitats.