The actress and author recently suffered a heart attack during a trans-atlantic flight. 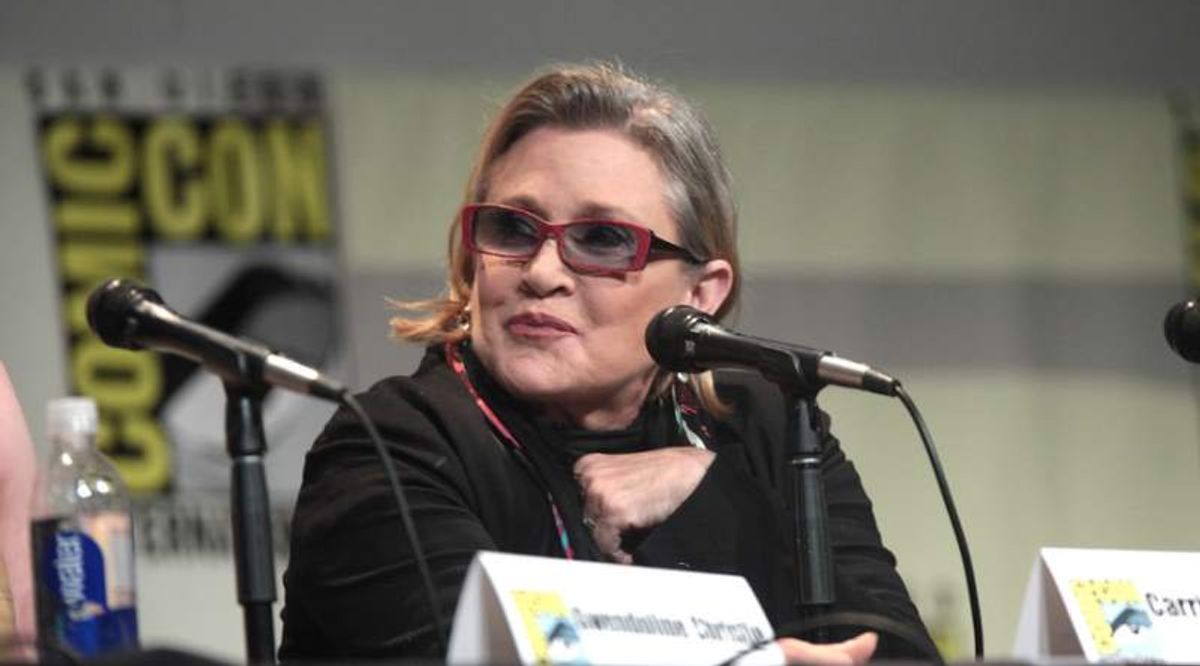 A spokesperson for her family released a statement confirming her death:

It is with a very deep sadness that Billie Lourd confirms that her beloved mother Carrie Fisher passed away at 8:55 this morning.

She was loved by the world and she will be missed profoundly. Our entire family thanks you for your thoughts and prayers.

Fisher's death came four days after she suffered a heart attack while flying from London to Los Angeles.

Though she is best known for starring as Princess (later General) Leia Organa in the Star Wars film series, the California native was also a successful author, as well as an in-demand film industry "script doctor" in the 1990s.

Many of her books dealt with her experiences living with bipolar disorder and addiction. In 2013 she said:

Over the years, writing about [having bipolar disorder] did help me to be able to talk about my illness in the abstract, to make light of it. That’s my way of surviving, to abstract it into something that’s funny and not dangerous. But what happened was I lost the serious relationship with it. It is not an entertainment. I’m not going to stop writing about it, but I have to understand it.

Fisher is survived by her mother and fellow actress Debbie Reynolds and daughter Billie Lourd.