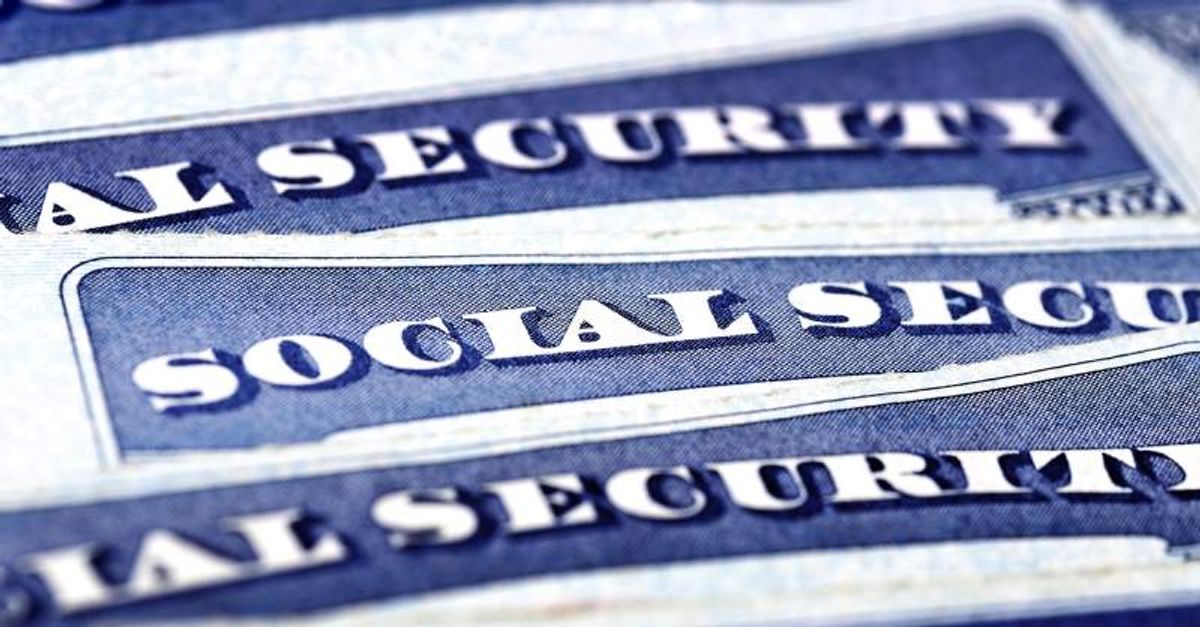 More Americans over the age of 50 have suffered garnishment on their Social Security benefits because their college student loans are in default, according to a report from the non-partisan Government Accountability Office (GAO).

The report, released on 19 December 2016, stated that 114,000 people in that age group had their benefits garnished during fiscal year 2015, a process the GAO calls an offset. That figure represents an increase of 540 percent compared to fiscal year 2004.

The agency's acting director of education and workforce security, Allison Bawden, told us that the garnishment was applied to users who have defaulted on their loans and are drawing at least $750 per month in Social Security benefits. The offset can take up to 15 percent of these users' monthly payments, and the median amount deducted in an offset, she said, was $140 a month.

The GAO report also stated that between fiscal years 2002 and 2015, the number of people between ages 50 and 65 subject to offsets increased by 540 percent. According to Bawden that was because:

She said that 43 percent of student loan borrowers over the age of 50 had had their loans for at least 20 years before incurring the garnishment.

The report also warned that offsets could most severely affect people whose Social Security benefits are already under the poverty line, which is defined as $990 per month for a single adult (but has not been adjusted for increases to the cost of living).

Around 32 percent of seniors 50 and over "paid off" their loans or were allowed by the Education Department to discharge them due to disability, the report said. But another 13 percent died with their loans still outstanding.

The report was conducted at the request of two Democratic lawmakers, Sen. Claire McCaskill of Missouri and Sen. Elizabeth Warren of Massachusetts. Warren called the practice of Social Security garnishments "predatory and counterproductive" in a statement released on 20 December 2016:

It’s no wonder many Americans don’t think Washington works for them: our government is shoving tens of thousands of seniors and people with disabilities into poverty through garnishment every year—and charging them $15 every month for the privilege—just so that the Department of Education can collect a little bit more interest and keep boosting the government’s student loan profits.

We should be expanding social security benefits, not punishing seniors for the "crime" of getting a higher education.