The actress became best known for portraying herself in TV and movies. 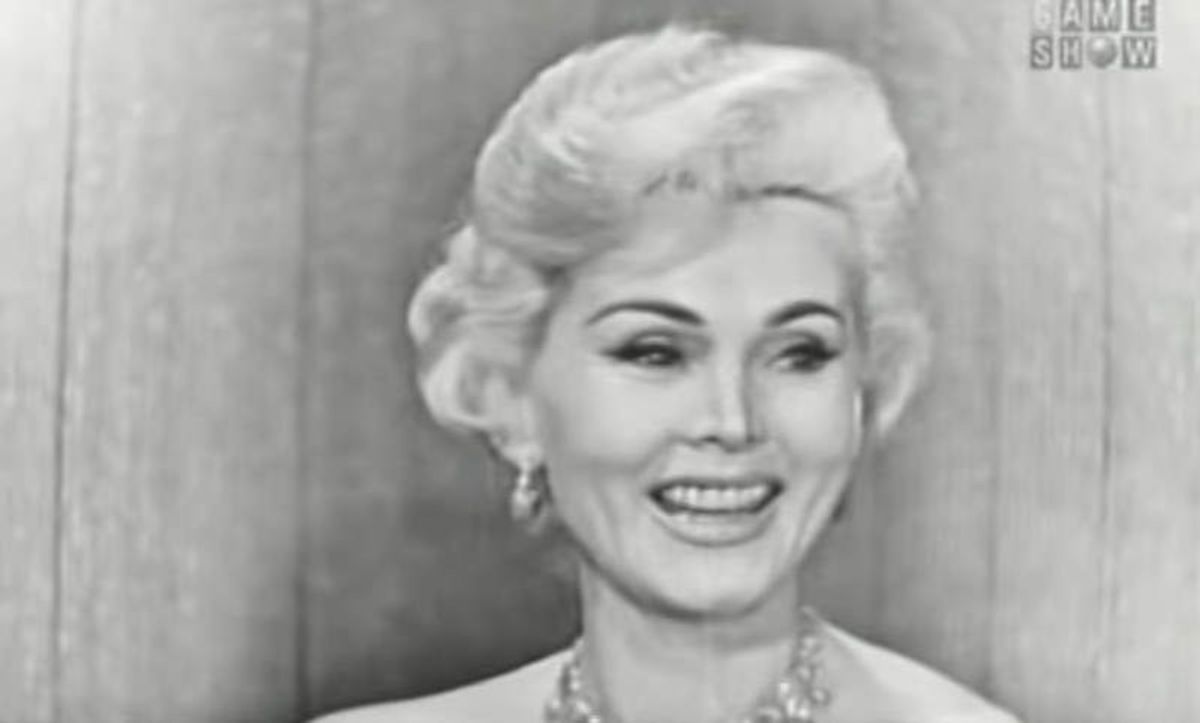 Image Via What's My Line?

Gabor, who won the Miss Hungary beauty pageant in 1936, entered the entertainment field after emigrating to the U.S., and starred in the John Ford musical Moulin Rouge in 1952.

But for much of her career, she was best known for appearing as herself both on television and in movies. She won a special Golden Globe Award in 1958 for Most Glamorous Actress and received a star on the Hollywood Walk of Fame two years later.

Gabor was also famously married nine times, and is survived by her ninth husband, Prinz von Anhalt, to whom she was wed in 1986. She was also the subject of the documentary The People vs Zsa Zsa Gabor, which documented her well-publicized encounter with Beverly Hills police officer Paul Kramer, whom she slapped in the midst of a traffic stop. Gabor was sentenced to three days in jail after being convicted of driving without a license and possessing an open alcohol container.