Trump Advisor Not Sold on Science Because Scientists Have Been Wrong 'Throughout the 5,500-Year History of Our Planet'

He later clarified that he was talking about “well-recorded human history”, not the age of planet Earth. 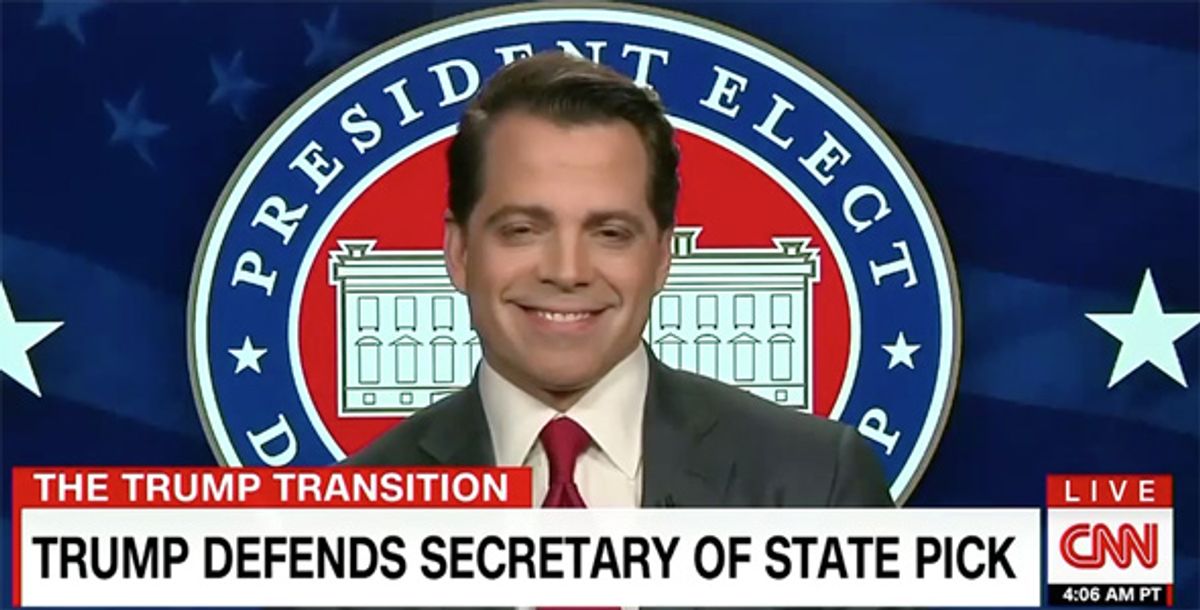 On 14 December 2016, Anthony Scaramucci — an advisor to President-elect Donald Trump and an executive member of his transition team — appeared on the CNN show "New Day" in an interview with anchor Chris Cuomo.

The primary topic of discussion was the transition team’s recent request for the names of DOE employees who have worked on Obama’s clean energy or climate change initiatives — a deeply controversial and completely unprecedented move with which the DOE has refused to comply.

In that interview, Scaramucci tried to pivot by making the (unsubstantiated) point that a scientific consensus does not exist around the topic of the anthropogenic contribution to global warming:

SCARAMUCCI: I know that the current president believes that the human beings are affecting the climate. There are scientists that believe that that's not happening. I think that for me personally --

CUOMO: The overwhelming consensus in the scientific community is that man's actions have an impact [...]

Scaramucci, who has stated on Twitter that he is not a climate change denier, but “a pragmatist who wants market-driven solutions,” made it clear that his views, while potentially malleable, were not informed by science:

I'm not suggesting that we're not affecting the change. I honestly don't know, I'm not a scientist.

In a series of other comments in the six-minute interview, however, Scaramucci attempted to make the point that the views of scientists shouldn’t necessarily be taken at face value, because scientists have been wrong in the past:

While it is obviously factually accurate that scientists have been wrong in the past (science is, of course, a process of building consensus amongst a heterogeneous group of individuals and not an infallible god making decrees), the examples Scaramucci used were not factual either, as Slate’s Phil Plait explained:

This is utterly wrong. No, there was not overwhelming science that the Earth is flat; the ancient Greeks knew we lived on a sphere more than 2,000 years ago.

And by “center of the world” I guess he means “center of the Universe,” but the best answer to that is precisely how Cuomo replied to these statements: “It’s called ignorance. You learn over time.”

In the final moments of the segment, Scaramucci reiterated his point about the fallibility of science in a way that seemed to suggest he believed that Earth was 5,500 years old:

CUOMO: You said you don't know. I'm saying the scientific community does.

SCARAMUCCI: But you're saying that you do, and you're saying the scientific community knows, and I'm saying people have gotten things wrong throughout the 5,500-year history of our planet.

In a longer cut of the video, however, it does appear that Scaramucci said "or I should say human history" to himself as Cuomo was speaking. In a later tweet, Scaramucci said that he accepts 4.5 billion years for the age of the Earth. In a response for clarification on what Scaramucci meant by his 5,500 year comment, he provided us with the following response:

Was referring to well-recorded human history. Cuomo understood what I was saying but the segment was ending.

Many anthropologists and historians would agree with Scaramucci on this final point. The written historical record is generally thought to begin at around that time with advent of Sumerian cuneiform tablets, which is roughly in line with his assertion that 5,500 years referred to written human history.

It should also be noted, however, that historians have, from time to time, been wrong as well.