Yasmin Seweid, who claimed she was verbally assaulted by three men on a subway train, later admitted she made up the story to deceive her parents. 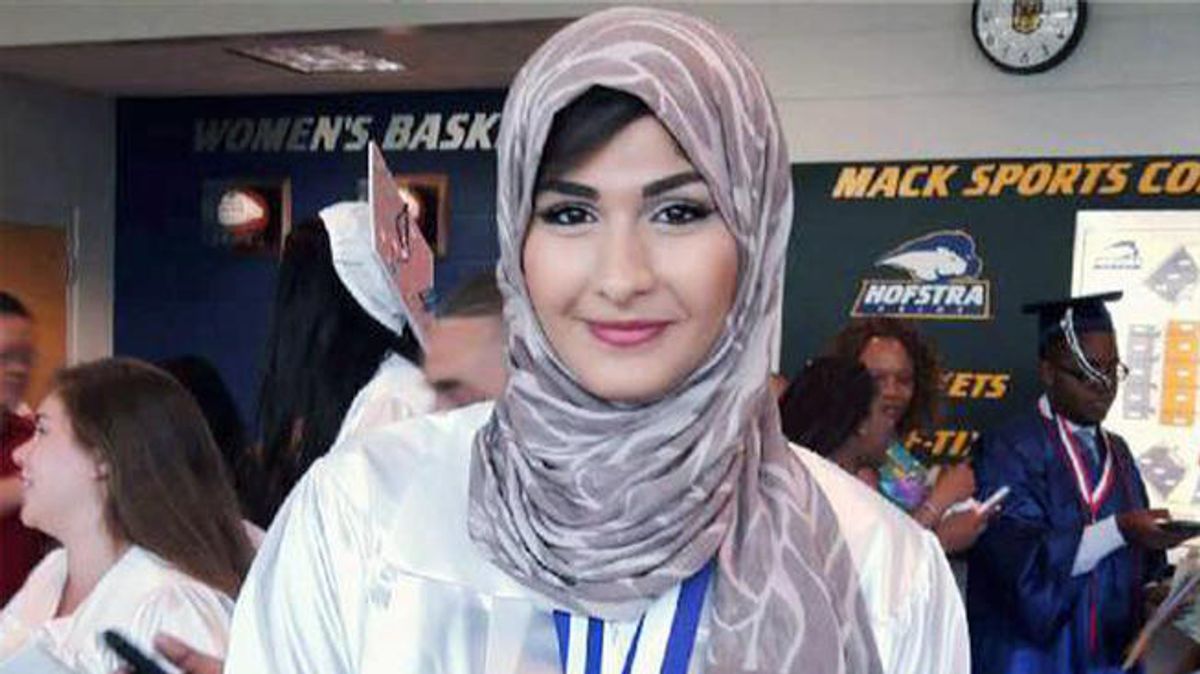 Seweid, whose parents are Egyptian immigrants, had previously been in news stories when she claimed that she was verbally assaulted on the subway by three men who taunted her with anti-Muslim epithets and referenced the name of President-elect Donald Trump. Police say the Baruch College student later recanted the story and admitted making it up to deceive her parents after ignoring a curfew.

In addition to telling police and reporters about the alleged hate crime, Seweid posted about it on Facebook, where she wrote: "Trump America is real and I witnessed it first hand last night!" One week later, Seweid was reported missing by her family:

One day after that, she was reported found by her family:

The Muslim teen who said she was verbally attacked by three drunk men on a New York subway last week and had been reported missing Friday has been found, CBS New York reports.

Nassau County Police didn’t say where Yasmin Seweid, 18, has been the last few days, but her family told WCBS-AM that she was safe.

Already suspicious due to a lack of corroborating evidence, NYPD detectives again questioned Seweid, who finally admitted to making up the harassment story, New York Daily News reported. She was arrested the same day:

“Nothing happened, and there was no victim,” a police source said.

Police sources say Seweid made up the story because she didn’t want to get in trouble for breaking her curfew after being out late drinking with friends.

If convicted, Seweid could receive a sentence of up to one year for each charge.