The Illinois native's love of colorful suits won him legions of fans in and out of the sports world. 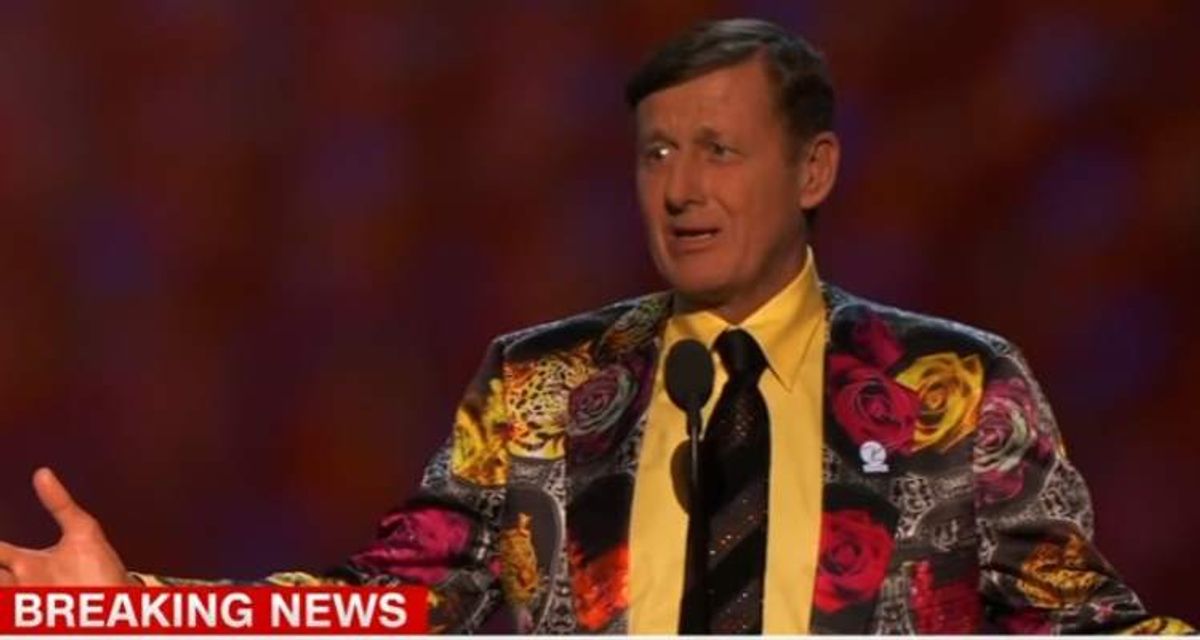 Craig Sager, who became a hallmark of National Basketball Association television coverage, died on 15 December 2016. He was 65.

Sager provided sideline reporting during NBA games for Turner Sports starting in 1991, and became known as much for his work as for his vast array of loud suits. But he was also the first reporter on the scene on 8 April 1974, when he managed to reach Hank Aaron at home plate after the Atlanta Braves slugger broke Babe Ruth's all-time home runs record.

The Illinois native died two days after being inducted into the Sports Broadcasting Hall of Fame. He died following a re-emergence in his system of acute myeloid leukemia, which he had fought off in 2014 after receiving a bone marrow transplant from his son, Craig Sager Jr.

Turner President David Levy said in a statement that Sager's "determination, grace and will to live" would be remembered just as much as his colorful wardrobe:

Craig Sager was a beloved member of the Turner family for more than three decades and he has been a true inspiration to all of us. There will never be another Craig Sager. His incredible talent, tireless work ethic and commitment to his craft took him all over the world covering sports.

Following his death, both athletes and colleagues paid tribute to Sager, who received the Jimmy V Perseverance Award from ESPN on 14 July 2016.

Sager is survived by Craig Sager Jr. and another son, Ryan; his wife Stacy; daughters Kacy, Krista and Riley; and his sister, Candy Menzemer.