While the "M" on the magazine's cover appeared to give Donald Trump devil horns, Time says that it is simply a quirk of the design. 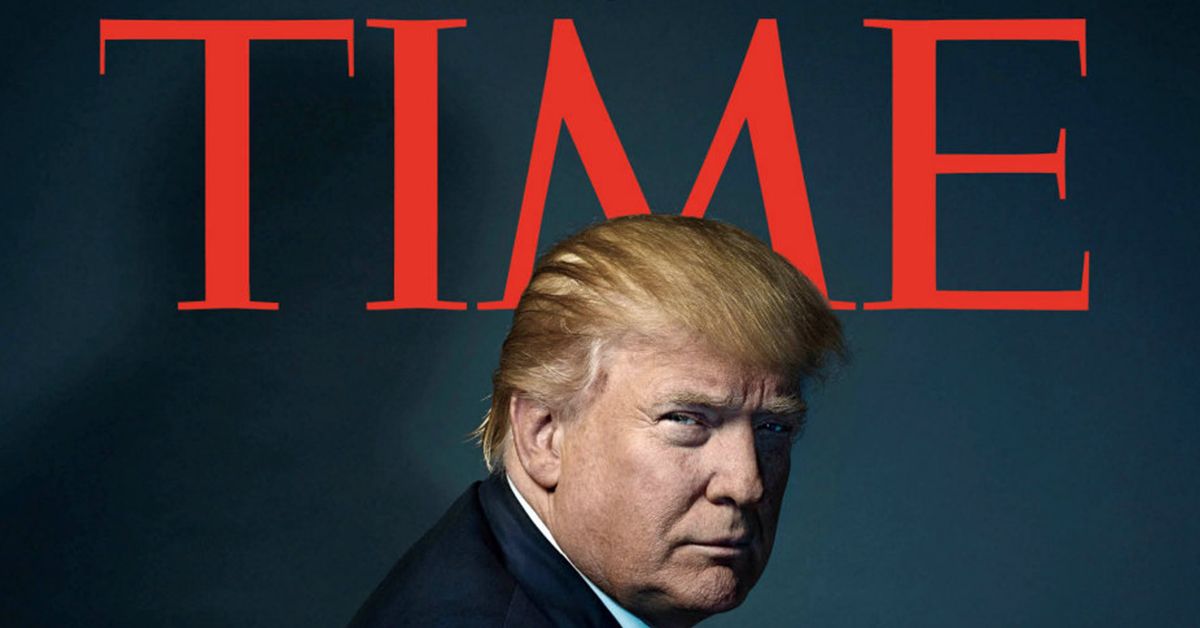 On 7 December 2016, an image of a Time magazine cover featuring a picture of Donald Trump as the "Person of the Year" appeared on social media along with the claim that the magazine had intentionally given the President-elect "devil horns": The image displayed here (minus the yellow circle) does depict the 2016 "Person of the Year" cover from Time magazine. However, the "devil horns" shown are not unusual; several people have received the same horns from the Time logo, including Hillary Clinton, Bill Clinton, Vladimir Putin, Pope Francis, Pope Benedict, and George W. Bush: Time addressed the appearance of "devil horns" on their magazine covers in March 2015, shortly after a picture of Clinton with the same "symbol" behind her head went viral. The magazine listed dozens of times that that a similar image had previously appeared on its covers, and said that any resemblance to horns was completely coincidental:

Given the shape of the letter “m” in the magazine’s name and its location on the cover, many other subjects in the past have also appeared to sprout extra features. It’s happened to Hillary Clinton at least twice. It’s happened to Bill Clinton, and George W. Bush, too.

Here’s everyone from Margaret Thatcher to Pope Francis to Jesus to Darth Vader who has received the rough end of TIME’s “horns.” Any resemblance to cats, bats or devil horns is entirely coincidental.

The magazine updated this article on 7 December 2016, adding Donald Trump to the list of people who have incidentally received "devil horns" on their magazine cover.