Trump’s transition team announced that Scott Pruitt has been tapped to lead the EPA, an agency which, in his position as Oklahoma Attorney General, he has sued many times. 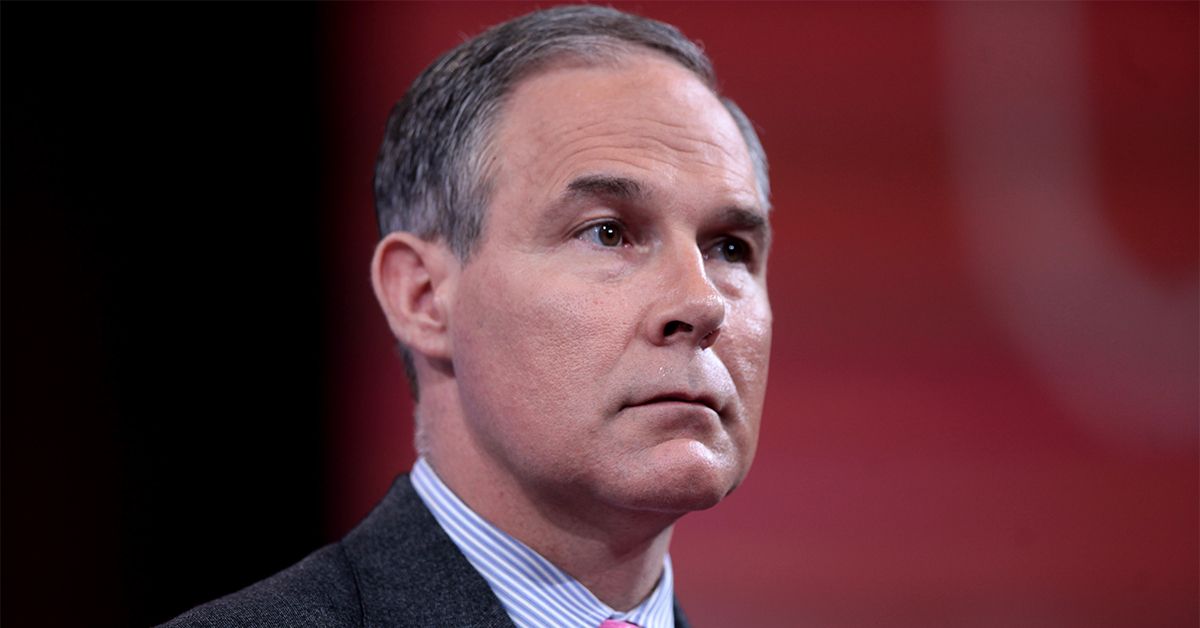 Pruitt has made a name for himself on the national stage by orchestrating numerous legal challenges to the EPA. In order to combat regulations imposed on the oil and gas industries in his state, he has sued, in multiple instances, the very agency he is now appointed to lead:

As Oklahoma’s top law enforcement official, Mr. Pruitt has fought environmental regulations — particularly the climate change rules. Although Mr. Obama’s rules were not completed until 2015, Mr. Pruitt was one of a handful of attorneys general, along with Greg Abbott of Texas, who began planning as early as 2014 for a coordinated legal effort to fight them. That resulted in a 28-state lawsuit against the administration’s rules. A decision on the case is pending in a federal court, but it is widely expected to advance to the Supreme Court.

In a May 2016 editorial Pruitt published in National Review, the Oklahoma attorney general made often-repeated (but factually dubious claims) that there is a lack of scientific consensus on the reality of anthropogenic climate change:

Healthy debate is the lifeblood of American democracy, and global warming has inspired one of the major policy debates of our time. That debate is far from settled. Scientists continue to disagree about the degree and extent of global warming and its connection to the actions of mankind.

In that same piece, he argued that the much of the political support for climate change regulation is bankrolled by environmental lobbying groups:

A group of Democratic attorneys general has announced it intends to criminally investigate oil and gas companies that have disputed the science behind man-made global warming. Backed by green-energy interests and environmentalist lobbying groups, the coalition has promised to use intrusive investigations, costly litigation, and criminal prosecutions to silence critics of its climate-change agenda.

Pruitt, for his part, has also been accused of having cozy relationships with lobbyists. A 2014 New York Times investigation found:

That energy lobbyists drafted letters for Mr. Pruitt to send, on state stationery, to the E.P.A., the Interior Department, the Office of Management and Budget and even President Obama, outlining the economic hardship of the environmental rules.

Pruitt’s selection has been met with criticism by environmental groups, but is consistent with Trump’s campaign rhetoric regarding the EPA. In an October 2015 interview with Chris Wallace on Fox New Sunday, for example, Trump (while defending his comment that he was open to eliminating the EPA) complained:

What they [the EPA] do is a disgrace. Every week they come out with new regulations.