McCrory pledged to support Democrat Roy Cooper, while also claiming to have "questions" about the voting process. 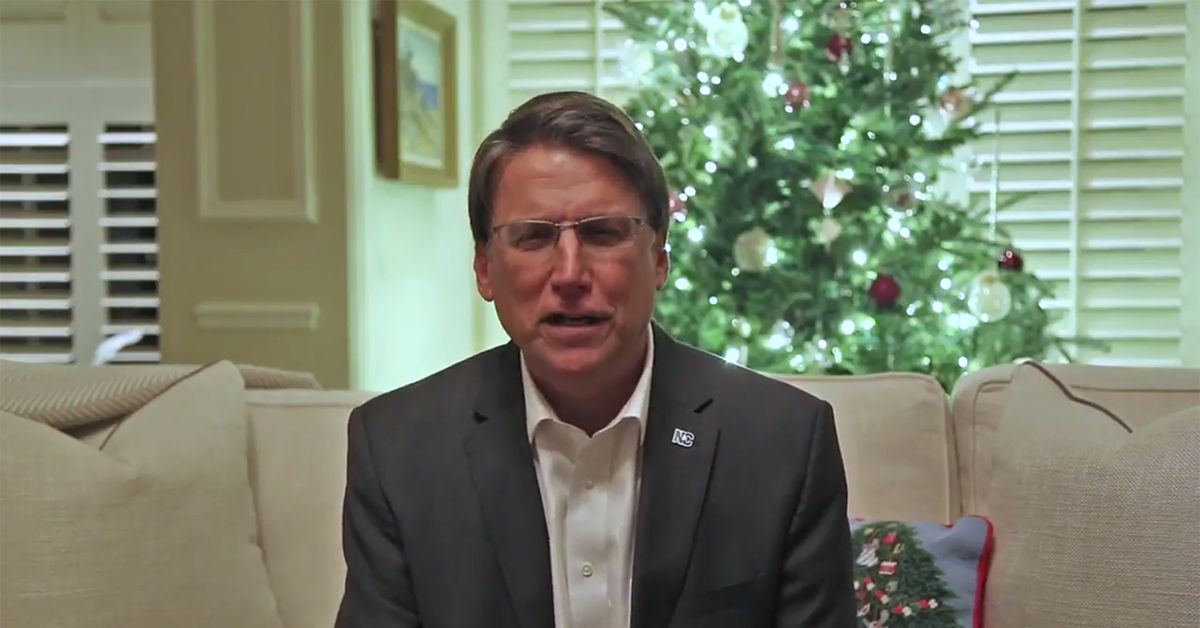 North Carolina Governor Pat McCrory confirmed on 5 December 2016 that his bid for re-election was unsuccessful. McCrory officially conceded to Democratic challenger Roy Cooper in a short video statement, saying it was "time to celebrate our democratic process":

Despite continued questions that should be answered regarding the voting process, I personally believe that the majority of our citizens have spoken, and we now should do everything we can to support the 75th governor of North Carolina, Roy Cooper.

McCrory's announcement came amid a recount in Durham County, where around 15,000 ballots are reportedly still uncounted.  The state board of elections website currently lists Cooper leading McCrory by 10,263 votes.

Two LGBTQ advocacy groups, Equality North Carolina and the Human Rights Campaign, released a statement attributing McCrory's loss in large part to his support for HB2, which barred transgender residents from using public restrooms according to their gender identity and prompted the National Basketball Association to move its 2017 All-Star Game out of Charlotte.

According to the two organizations, polling that they commissioned found that 57 percent of voters called the law their top reason not to vote for McCrory. HRC president Chad Griffin said Cooper's victory marked the end of McCrory's "reign of discrimination":

McCrory's stubborn and reckless support of HB2 cost him this election, and his defeat sends a powerful warning to lawmakers across the country that targeting LGBTQ people will not be tolerated. We look forward to working with Governor-elect Roy Cooper and fair-minded lawmakers to repeal HB2. It's way past time to repair the harm inflicted on North Carolina’s people, reputation and economy.

During his tenure as attorney general, Cooper said he would not defend the law. He released a statement following McCrory's concession thanking him for his service while adding:

I know still that there is more that unites us than divides us.

We contacted the elections boards in both the county and the state seeking comment. They have yet to respond.