Facebook announced a plan to address the circulation of false information via social media with the help of third-party fact checkers, including snopes.com. 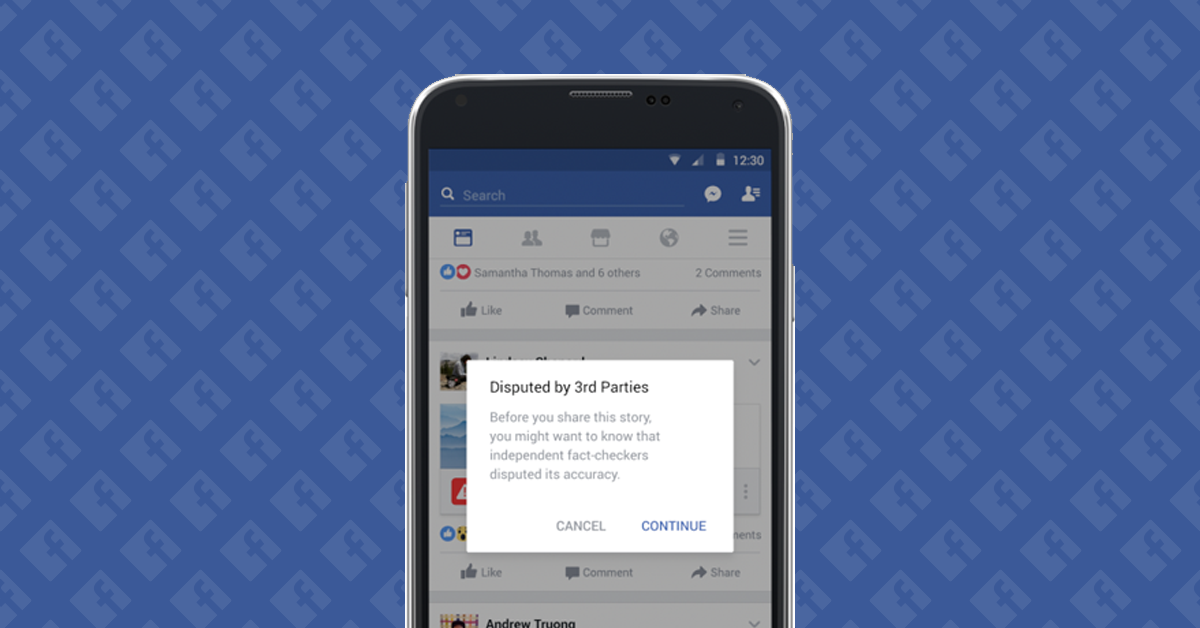 The growing proliferation of fake news and other misinformation via social media over the past few years has prompted a public outcry for better methods of discerning and coping with the spread of falsehoods — an effort which has long been central to our mission as the oldest and most trusted fact-checking web site on the Internet.

Since our inception in 1995, snopes.com has been dedicated to providing accurate, impartial analyses of rumors, hoaxes, fake news, propaganda, and whatever other forms false information may take.

On 15 December 2016, Facebook announced a new initiative aimed at confronting the increasing volume of misinformation online by enhancing users' ability to report questionable posts and providing a mechanism by which their accuracy can be evaluated by third-party fact checkers and flagged where appropriate as "disputed," so that social media users can learn more and make informed choices before sharing them. We have agreed to participate in this experiment alongside other well-regarded fact checking sites.

In doing so, the ownership and editorial staff of snopes.com wish to reiterate our commitment to accuracy and impartiality. Our core mission will not change. We expect to derive no direct financial benefit from this arrangement, nor will we ever relinquish our independence as a fact-checking organization. Our goal is to help empower Facebook users to better control and enhance their own online experience, and we believe that increasing the flow and visibility of accurate, vetted information is one of the best ways to do that.