Learn why generations of young TV viewers grew up perplexed by the odd behavior of a character named Yukon Cornelius in the "Rudolph the Red-Nosed Reindeer" Christmas special. 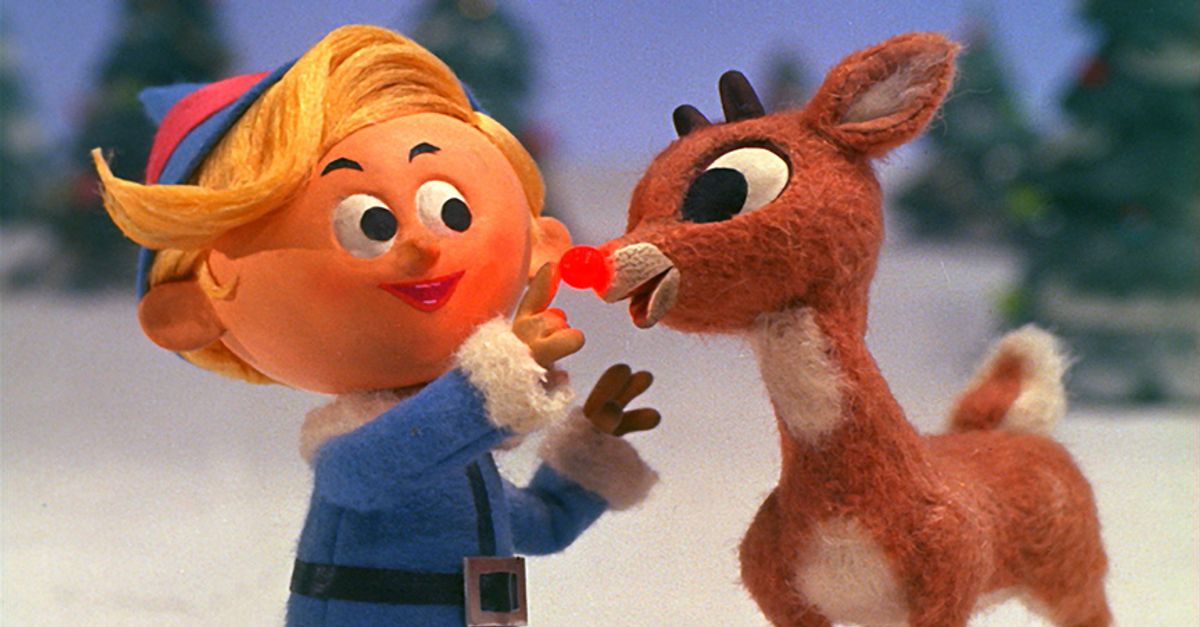 Rudolph the Red Nosed Reindeer in 1964.

The one-hour animated TV special "Rudolph the Red-Nosed Reindeer" debuted more than 50 years ago, yet remains a Christmas season viewing tradition for many American families despite —  or perhaps because of —  its dated visual effects (computer graphics did not exist at the time) and its old-fashioned storytelling methods. Although based on the popular song of the same name recorded by Gene Autry in 1949 (which in turn was based on a Montgomery Ward advertising campaign created 10 years earlier), the hour-long movie incorporated new characters and story lines to engage young viewers in a full-fledged adventure tale that also tugged on heartstrings:

As in the song, the animated Rudolph is rejected by his peers because his shiny, red nose sets him apart. Expanding on that premise, the story, narrated by lovable Sam the Snowman (voiced by Burl Ives, who also recorded the title song), follows Rudolph as he runs away from Christmas Town into the woods, where he meets and befriends a fellow "misfit," Hermey, an elf who was made fun of because he wanted to be a dentist instead of a toy maker.

After narrowly escaping an attack by the Bumble, a Christmas-hating abominable snow monster, Rudolph and Hermey meet a failed prospector named Yukon Cornelius, with whom they journey to the Island of Misfit Toys, a kingdom populated by sad, rejected toys. Eventually, Rudolph returns home, only to find that his family has been taken prisoner by the Bumble. Rudolph, Hermey, and Yukon manage to defeat the Bumble, pull his teeth out, and rescue Rudolph's family, returning home as heroes. Hermey is promised a dentist's office, Yukon strikes the lode of peppermint he's always been searching for, and Santa chooses Rudolph -- with his uncouth, glowing nose -- to guide his team of reindeer and sleigh through a Christmas Eve storm to deliver presents to all the children of the world. However...

The special premiered to universal acclaim on 6 December 1964. Beloved though it was, a number of young viewers noted a gaping plot hole — namely, the failure of Rudolph and friends to make good on a promise to return to the Island of Misfit Toys and rescue their abandoned brethren. A letter writing campaign ensued, ultimately persuading the show's producers, Arthur Rankin Jr. and Jules Bass, to retool the ending in time for the 1965 broadcast, such that Rudolph and Santa go to fetch the misfit toys and distribute them on Christmas Eve. It was a necessary addition, but because other scenes had to be shortened to make room for it, a different plot hole was introduced that would confuse viewers for decades to come.

Throughout the story, Yukon Cornelius is shown digging his pickax into the earth and then tasting it, as if he was hoping to strike something delicious. In 1964, viewers were able make sense of this when Cornelius licks the pickax one last time as the plot is wrapping up and says, "Peppermint! What I've been searching for all my life! I've struck it rich! I've got me a peppermint mine! Wahoo!"

But in the version that aired in 1965 — and every year since then, according to Rick Goldschmidt, author of The Making of the Rankin/Bass Holiday Classic: Rudolph the Red-Nosed Reindeer (2001) — that scene is missing, meaning that Yukon Cornelius's odd ax licking fetish goes entirely unexplained. (The scene was eventually put back in for a remastered version which, unfortunately, has only been released on DVD.) Goldschmidt says he has lobbied the current owners of the film to restore the version shown on broadcast TV, so far without success.

Another longstanding quandary Goldschmidt was able to resolve in his book, which was based on readings of the original script and interviews with the creators of the show, was the proper rendering of the name of Rudolph's friend, the elf who wanted to be a dentist. For some reason, many viewers seem to hear it as "Herbie" (and, in fact, Goldschmidt says, some Rudolph-related merchandise marketed in 1998 bore that name) — but it's not. It's "Hermey."

One more interesting bit of trivia shared by Goldschmidt was the belated casting of warm-voiced folksinger Burl Ives as the the narrator, Sam the Snowman. Actor Larry Mann, who played the part of Yukon Cornelius, was initially tapped to record songs that would ultimately be given to Ives, but the producers changed their minds:

"Burl wasn't in the original special," said Mann. "I sang the songs 'Silver and Gold' and 'Holly Jolly Christmas,' and it was decided to bring Burl in for star power later." This makes sense, since Sam's scenes were independent of the other scenes in the special. Sam never interacted with the other characters, and is only seen with other characters outside a window at the end of a shot.

All the more charming for its storied flaws, apparently, Rudolph the Red-Nosed Reindeer remains a holiday classic, available on DVD, streaming services, and network television every year around Christmastime. Check your local listings for dates and times.