The president-elect told the New York Times he disavowed the groups — but also denied Steve Bannon's connection to them. 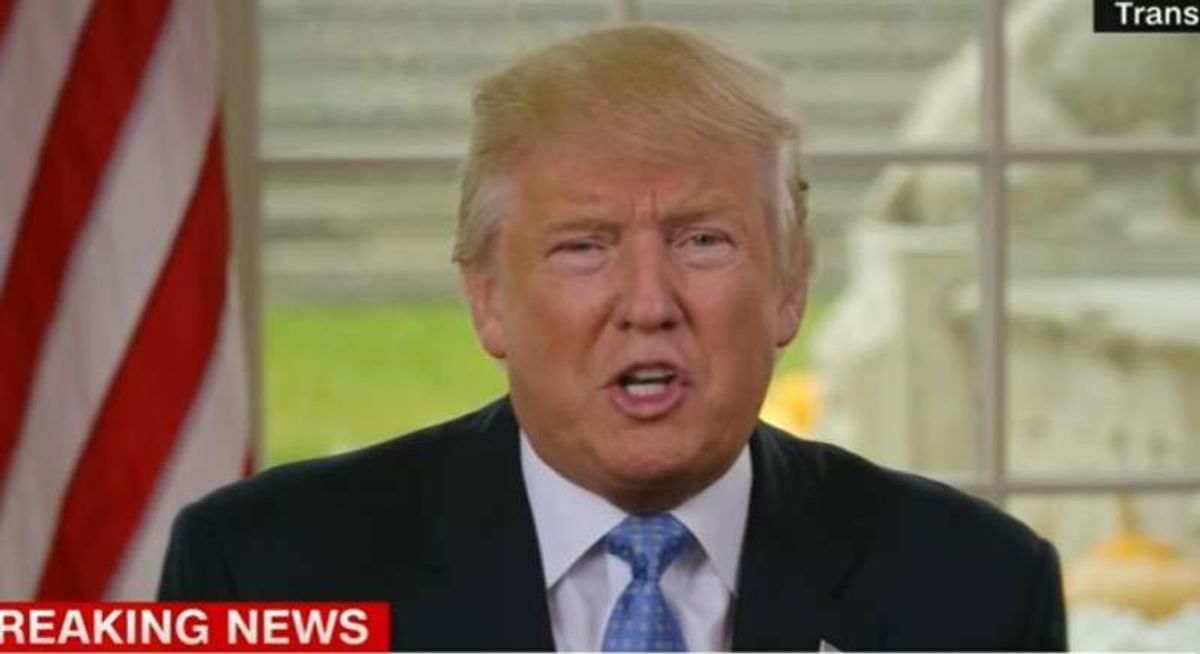 After days of news about hate crimes purportedly committed by white supremacists emboldened by the 2016 U.S. elections, President-elect Donald Trump is seeking to downplay his campaign's appeal to white nationalists.

In a transcript of an interview with the New York Times published on 23 November 2016, executive editor Dean Baquet makes reference to the National Policy Institute (NPI) conference in Washington D.C., during which members of the group could be seen raising their arms in a Nazi-like salute.

But it's not a group I want to energize, and if they are energized I want to look into it and find out why.

Several neo-Nazi and white supremacist groups have gone on record expressing their support for Trump during his run for the presidency, with some, like American Renaissance publisher Jared Taylor, citing Trump's immigration policy as a reason:

Why should whites want to be a minority? Answer me that question. Why should we want to celebrate diversity when celebrating diversity means celebrating our dwindling numbers and influence? And to the extent that Trump succeeds in putting the brakes on immigration, he will also be succeeding at reducing the speed with which whites are reduced to a minority.

During the interview, Trump also tried to minimize the connection between his proposed chief strategist, former Breitbart Media chairman Steve Bannon, and the white nationalist movement, which has tried to rebrand itself under the name "alt-right":

Um, I've known Steve Bannon a long time. If I thought he was a racist, or alt-right, or any of the things that we can, you know, the terms we can use, I wouldn't even think about hiring him. First of all, I'm the one that makes the decision, not Steve Bannon or anybody else. And Kellyanne [Conway] will tell you that.

However, Bannon himself told Mother Jones during the 2016 Republican National Convention that the site was "the platform for the alt-right."