Kshama Sawant was accused of calling for riots after voicing her opposition to Donald Trump's election as president. 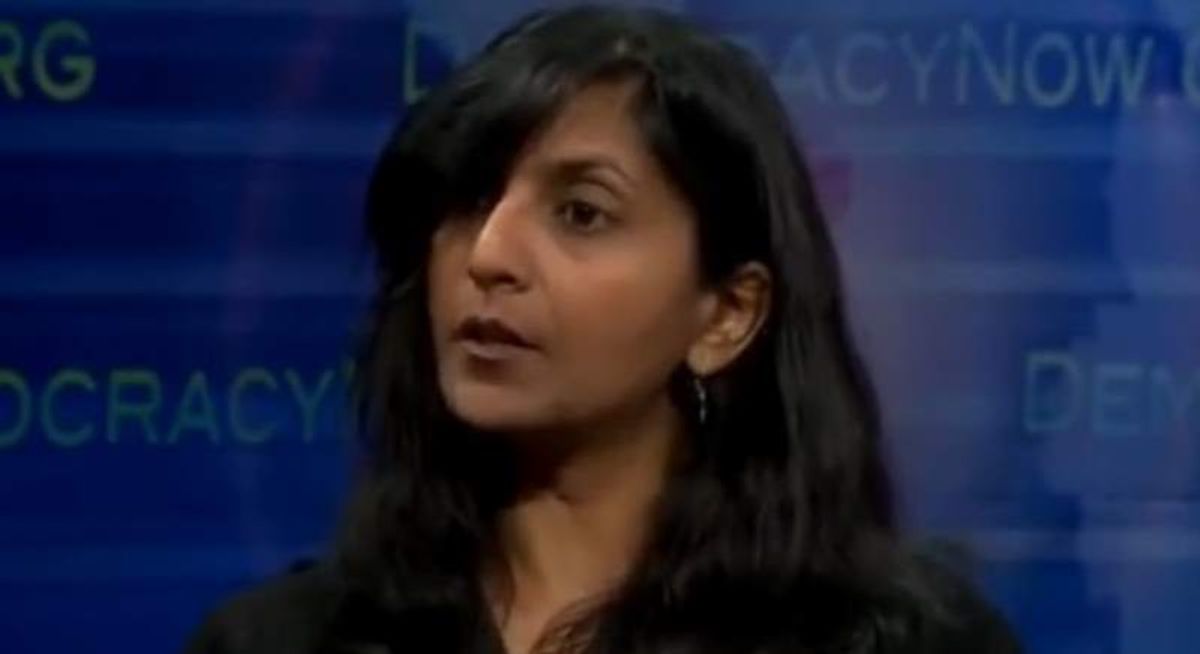 After Donald Trump was elected leader of the United States in November 2016, a Seattle city council member says that both she and her staff were threatened after she called on residents to protest against his presidency.

Kshama Sawant, a member of the Socialist Alternative Party, described the nature of the harassment in an op-ed  published on 18 November 2016:

Many messages were from middle- and working-class people who had voted for Trump because they hated corporate Democrats and Hillary Clinton, and mistakenly believed that Trump was going to stand up for the ordinary Americans. Many were also racist and misogynist, saying things like, “You don’t belong here with the bull***t you spew from your c***su**er,” or “Drop dead and go back to turbanville.”

Call after call, while having zero tolerance for bigotry and threats, my staff patiently explained to the more reasonable Trump supporters that we agree working people have been sold out by corporate politicians.

A spokesperson for the council described a separate threat against a member of Sawant's staff:

The furor against Sawant stems from a statement she made on 9 November 2016, a day after Trump was elected:

I appeal to you: today at 4 p.m. at Westlake [Park], Let’s have a massive protest and tell America we do not accept a racist agenda and let’s make sure that on Inauguration Day, on the 20th and 21st of January, let’s do a nationwide shutdown and occupy inauguration.

That led to two separate recall petitions against her being created online. One petition, which has garnered 18,914 signatures, (several of them from outside Washington state) accused Sawant of using her position to "incite violence and call for protests and riots," even though she made no mention of violent action. A second petition, which currently has 3,115 signatures, blamed her for unspecified protests after the remark was posted online.

However, Sawant has rebuked critics for advancing the idea that she was calling for violence. She told KCPQ-TV on 15 November 2016:

I have never condoned any kind of violence, any kind of vandalism, any kind of property damage, any kind of destructive acts. I think what we are facing, though, the more important aspect we need to focus on as a society is that there's already been -- just a week since it happened -- a surge in hate crimes and incidents of bullying and attacks against Muslim people, young people of color, and racial epithets being heard. We need to fight against this, and we need to do that peacefully.

Sawant has also continued to invite supporters to take part in demonstrations both locally and in Washington D.C. on 20 and 21 January 2017 against Trump's inauguration. According to the Washington state constitution, elected officials are subject to recall if they "committed some act or acts of malfeasance or misfeasance while in office."

In 2014, a separate recall petition accused Sawant of "not fairly representing all of Seattle in economic issues" because of her support for raising the city's minimum wage to $15 an hour. Following a measure passed in 2014, the wage is expected to be implemented by 2021.

We contacted both Sawant's office and Seattle police to find out if any of the threats have been investigated as credible.