While Hampshire College did indeed remove an American flag from campus after lowering it to half-staff, some reports about the incident were misleading. 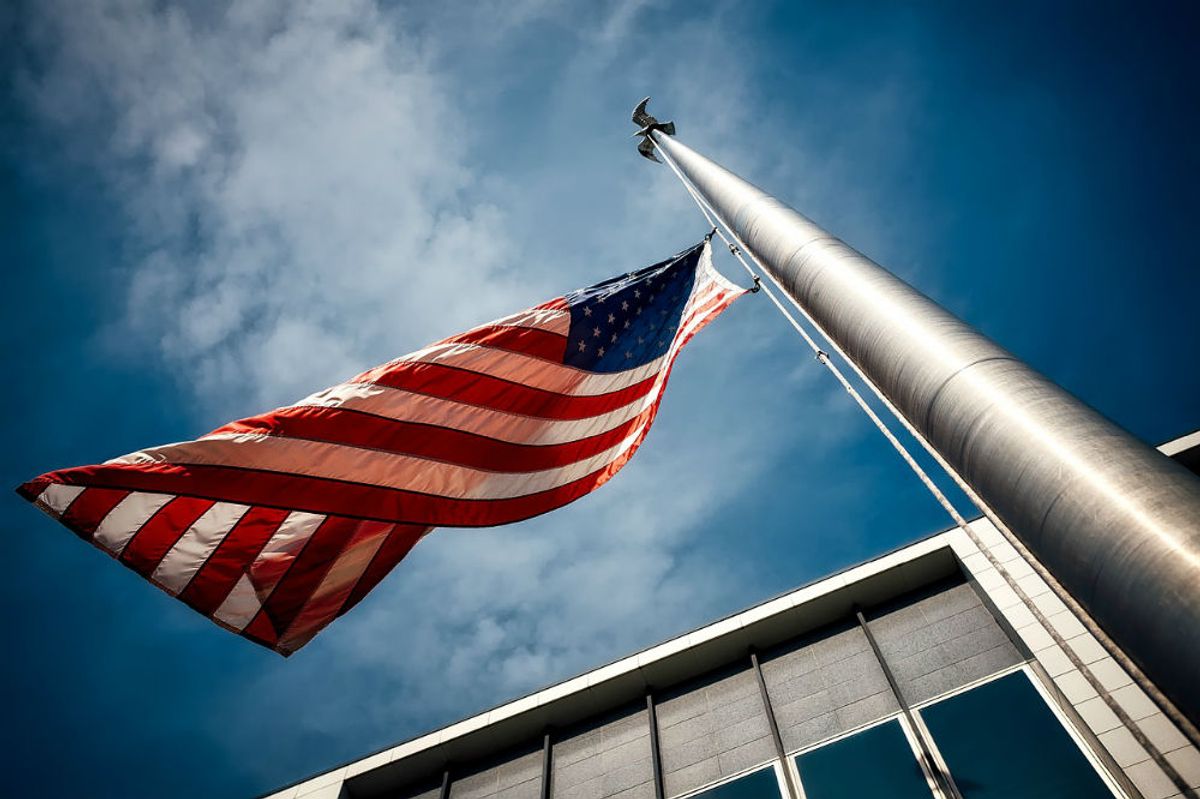 On 18 November 2016, Hampshire College decided not to fly an American flag from its main flagpole on campus, a decision that (predictably) sparked outrage in some circles and led to exaggerated reports about the incident.

The drama around the presence of the American flag on Hampshire College started shortly after Donald Trump was elected president on 8 November 2016, when a group of people at the university lowered the flag to half-staff. College secretary Beth Ward wrote in an e-mail that the college decided to leave the flag at half-staff out of respect for those who were upset or grieving (and the school says it has had a long standing policy to periodically lower the flag to half staff to honor those who have died by violence around the world) but that they planned to raise the flag again the following Friday, for Veterans Day.

Before the flag was raised again, however, someone took the flag down and burned it:

We intended to raise the flag again this morning, on Veteran's Day, also out of respect. Hampshire is home to a multiplicity of perspectives and life experiences, and among us are both students and employees who have served (and currently serve) in the military. However, this morning we discovered that the flag was burned overnight and, as a result, veterans and others in out community will come to campus to find the flagpole empty. We are deeply saddened that the flag is absent and the reason for its absence.

A short time after the flag burning incident, the college decided to briefly stop flying the American flag on campus while they discussed what to do about it. On 22 November 2016, Hampshire College posted a message to its Facebook page, explaining their reasoning for removing the flag, and attempting to dispel some of the rumors about their decision:

Hampshire College respects all the feedback on our decision to remove the flag from our college flagpole for a period of time as our campus discusses what the flag represents to all members of our community. This decision is not and was never a commentary on the presidential election; our goal is to make this discussion a learning opportunity by giving voice to the range of viewpoints on campus across cultures, and hopefully find common ground. This is not a campus-wide ban as some media have mistakenly reported, campus members are free to individually display their own flags; this only pertains to our flagpole.

Some months ago, the Hampshire College Board of Trustees adopted a policy of periodically flying the flag at half-staff to mourn deaths from violence around the world. Last week, in the current environment of escalating hate-based violence, we made the decision to fly Hampshire's U.S. flag at half-staff for a time while the community delved deeper into the meaning of the flag and its presence on our campus. This was meant as an expression of grief over the violent deaths being suffered in this country and globally, including the many U.S. service members who have lost their lives. Our intention was to create the space for meaningful and respectful dialogue across the many perspectives represented in our community. Unfortunately, our efforts to inclusively convey respect and sorrow have had the opposite effect. We have heard from many on our campus as well as from neighbors in the region that, by flying the flag at half-staff, we were actually causing hurt, distress, and insult. Our decision has been seen as disrespectful of the traditional expression of national mourning, and has been especially painful to our Hampshire campus colleagues who are veterans or families of veterans.

Some have perceived the action of lowering the flag as a commentary on the results of the presidential election - this, unequivocally, was not our intent. After some preliminary consultation with campus constituents (much more is needed), we decided on Friday that we will not fly the U.S. flag or any other flags on our college flagpole for the time being. We hope this will enable us in the near term to instead focus our efforts on addressing racist, misogynistic, Islamophobic, anti-immigrant, anti-Semitic, and anti-LGBTQ rhetoric and behaviors. I ask our campus to join me in a commitment to living up to the ideals of our mission: to insist on diversity, inclusion, and equity from our leaders and in our communities; to constructively resist those who are opposing these values; and to actively and passionately work toward justice and positive change at Hampshire and in the world.

While controversy over the flag began when students (not staff) lowered it to half-staff after Donald Trump's presidential victory, the college stated that its decision to remove the flag completely (and temporarily) was not intended to be a commentary on the presidential election, nor was the flag banned from campus.