Dan Rather: What Side of History Will You Be On?

A viral social media post about the dangers of neo-Nazis and a compliant press was attributed to newsman Dan Rather. 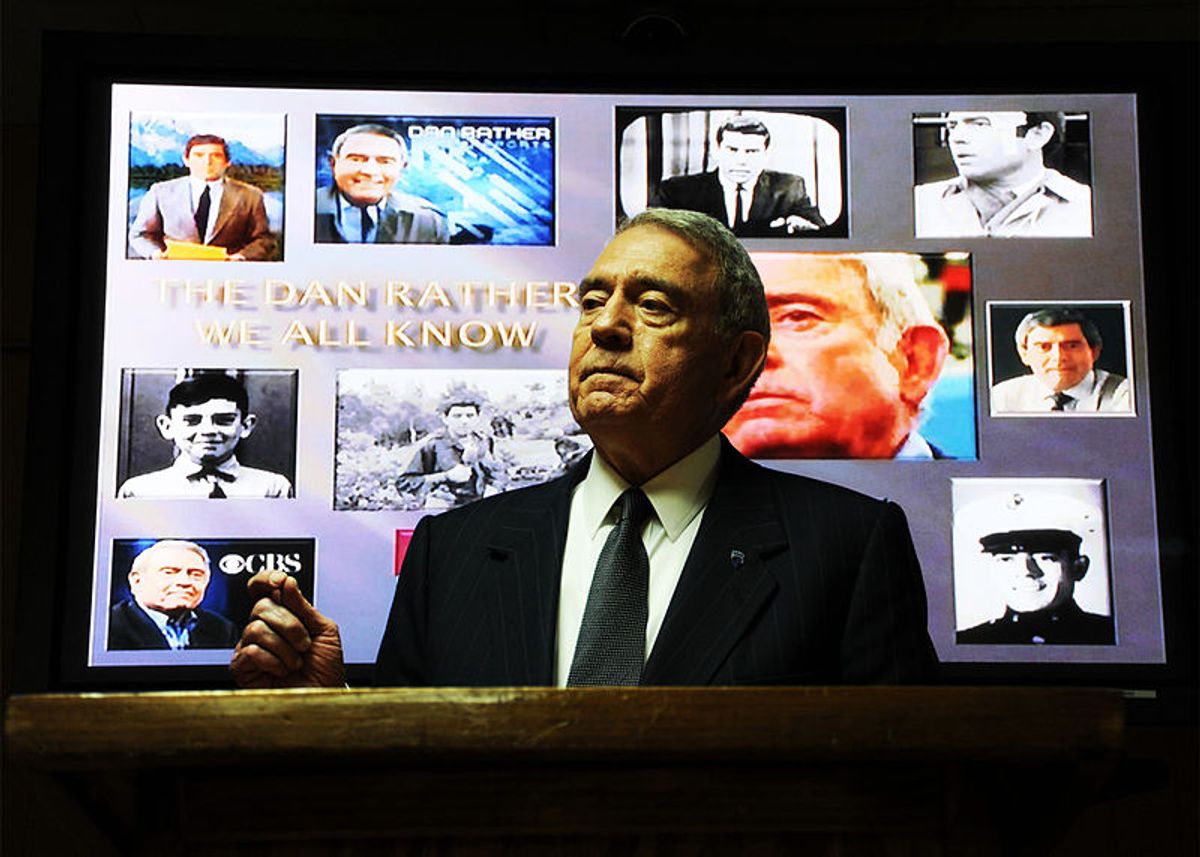 On 22 November 2016, journalist Dan Rather penned a message on Facebook about the display of Nazi salutes at an "alt-right" conference in Washington D.C.:


Rather published his message on his official Facebook page, but many people encountered it secondhand after it was republished and re-shared on social media: Social media users who have grown weary (and wary) of fake messages eyed the  message with skepticism, and while some sites shared the passage with an exaggerated, click-bait title, the message it presents is authentically his.

An archived version of Rather's statement can be viewed here, while a screenshot of the post is presented below:

Now is a time when none of us can afford to remain seated or silent. We must all stand up to be counted.

History will demand to know which side were you on. This is not a question of politics or party or even policy. This is a question about the very fundamentals of our beautiful experiment in a
pluralistic democracy ruled by law.

When I see neo-Nazis raise their hands in terrifying solute, in public, in our nation's capital, I shudder in horror. When I see that action mildly rebuked by a boilerplate statement from the President-elect whom these bigots have praised, the anger in me grows. And when I see some in a pliant press turn that mild statement into what they call a denunciation I cannot hold back any longer.

Our Declaration of Independence bequeaths us our cherished foundational principle: "We hold these truths to be self-evident, that all men are created equal, that they are endowed by their Creator with certain unalienable Rights, that among these are Life, Liberty and the pursuit of Happiness."

These truths may be self-evident but they are not self-replicating. Each generation has to renew these vows. This nation was founded as an opposite pole to the capriciousness of an authoritarian monarch. We set up institutions like a free press and an independent court system to protect our fragile rights. We have survived through bloody spasms of a Civil War and a Civil Rights Movement to extend more of these rights to more of our citizens. But the direction of our ship of state has not always been one of progress. We interned Japanese Americans, Red Baited during the McCarthy era, and more. I feel the rip tide of regression once again swelling under my feet. But I intend to remain standing.

In normal times of a transition in our presidency between an incoming and outgoing administration of differing political parties, there is a certain amount of fretting on one side and gloating on the other. And the press usually takes a stance that the new administration at least deserves to have a chance to get started - a honeymoon period. But these are not normal times. This is not about tax policy, health care, or education - even though all those and more are so important. This is about racism, bigotry, intimidation and the specter of corruption.

But as I stand I do not despair, because I believe the vast majority of Americans stand with me. To all those in Congress of both political parties, to all those in the press, to religious and civic leaders around the country. your voices must be heard. I hope that the President-elect can learn to rise above this and see the dangers that are brewing. If he does and speaks forcibly, and with action, we should be ready to welcome his voice. But of course I am deeply worried that his selections of advisors and cabinet posts suggests otherwise.

To all of you I say, stay vigilant. The great Martin Luther King, Jr. knew that even as a minority, there was strength in numbers in fighting tyranny. Holding hands and marching forward, raising your voice above the din of complacency, can move mountains. And in this case, I believe there is a vast majority who wants to see this nation continue in tolerance and freedom. But it will require speaking. Engage in your civic government. Flood newsrooms or TV networks with your calls if you feel they are slipping into the normalization of extremism. Donate your time and money to causes that will fight to protect our liberties.

We are a great nation. We have survived deep challenges in our past. We can and will do so again. But we cannot be afraid to speak and act to ensure the future we want for our children and grandchildren.

Dan Rather is a television journalist, and was one of the most recognizable faces of CBS Evening News for decades.  He stepped down from that post in 2005 following a scandal over a story about President George W. Bush that turned out to be based on documents that had not been authenticated, but he continues to do journalism work.