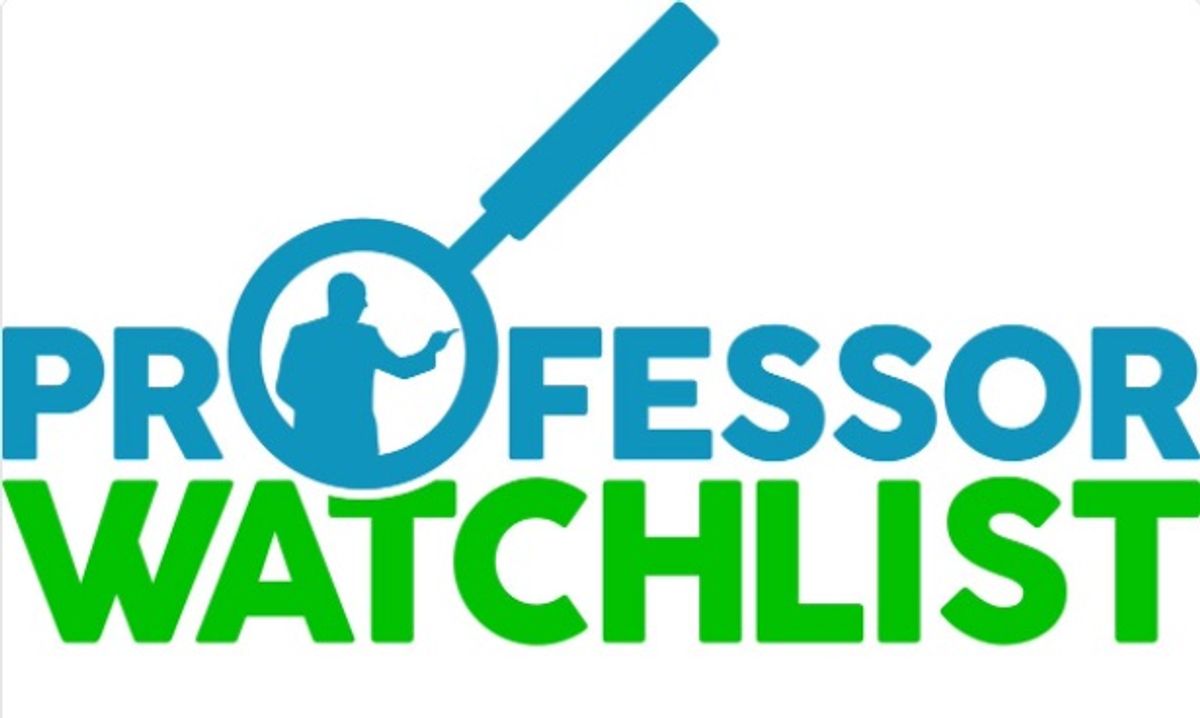 Crazy radical professor at your school?

Submit your professors on the site! pic.twitter.com/H2O8WnfUvW

A concise "About" page invited site visitors to "identify and expose ... professors who have demonstrated liberal bias":

The mission of Professor Watchlist is to expose and document college professors who discriminate against conservative students, promote anti-American values, and advance leftist propaganda in the classroom.

Turning Point USA hosted a similar page, describing the group and providing examples of its literature:

Turning Point USA is a 501(c)3 non-profit organization founded on June 5, 2012 by Charlie Kirk. The organization’s mission is to identify, educate, train, and organize students to promote the principles of fiscal responsibility, free markets, and limited government ... Student leaders and activists work to identify young conservative activists, build and maintain effective student groups, advertise and re-brand conservative values, engage in face-to-face and peer-to-peer conversations about the pressing issues facing our country. TPUSA works consistently to re-brand free market values. With sound bites like, “Big Government Sucks” and the incorporation of pop culture, TPUSA is able to reach new demographics and continuously expand the base. We combine culture with politics to engage young people in meaningful face-to-face conversations. Our custom materials are the best in the industry, and have been distributed on over 1,000 college campuses across the country.

TPUSA believes that the movement is stronger when everyone works together — especially on college campuses where leftists stand united and strong.

On 21 November 2016, Kirk repeatedly said the site's purpose was to "expose" professors with whom some students didn't agree, but whether his intent was to simply to document their practices or to bring potentially intimidating attention to them was unclear:

[Every day,] I hear stories about professors who attack and target conservatives, promote liberal propaganda, and use their position of power to advance liberal agendas in their classroom ... It’s time we expose these professors. Today, Turning Point USA is proud to announce the launch ofProfessorWatchList.org, a website dedicated to documenting and exposing professors who discriminate against conservative students and promote anti-American, left wing propaganda in the classroom. We believe these people need to be exposed. With your help, students, parents, and society at large will begin to realize what is happening in our universities.

NYMag reported that as of 22 November 2016, there were dozens of professors on the list:

There are currently 197 academics on the TPUSA list; featured professors’ perceived offenses vary across the board and include having socialist leanings, saying that climate-change deniers are incorrect, addressing the concept of white privilege, and calling for stricter gun-control laws. More specifically, one professor landed on the list for reportedly saying Ted Cruz’s “New York Values” comment was anti-Semitic, while another allegedly “instructed students to write ‘Jesus’ on a piece of paper, then stomp on it.” A more bizarre entry calls out a professor for hosting an “‘EcoSexual Sextravaganza’ in which participants ‘married the ocean.’” For a group that frequently decries safe spaces and censorship, putting professors on a “watch list” for exercising their right to free speech is an interesting move.

Academics have expressed concern that the site's intent is more sinister than it purports to be.  Inside Higher Ed spoke to professors tagged by the list (some claiming inaccuracies) as well as those who advocate for academic freedom:

Hans-Joerg Tiede, associate secretary for tenure, academic freedom and governance at the American Association of University Professors, said the site was concerning. “The AAUP has spoken out against organizations that conduct these kinds of activities going back to the 1920s, when it was the American Legion, through the 1980s, when it was an organization that called itself Accuracy in Academia,” he said. The association issued a statement against the latter organization in 1985 that said, in part, “External monitoring of in-class statements not only presents the prospect that the words uttered will be distorted or taken out of context; it is also likely to have a chilling effect and result in self-censorship. … The monitoring of classrooms for an outside organization which arrogates to itself the prerogative of determining accuracy from what is reported to it … can only inhibit the process through which higher learning occurs and knowledge is advanced.”

We contacted Turning Point USA about the purpose of Professor Watchlist. Director of Constitutional Enforcement and Transparency Matt Lamb responded:

The website launched yesterday with the goal to give students, parents, and alumni an easy to search database of outrageous professors on college campuses. It is another tool that students can use in determining where to go to colleges and will also allow students to be prepared for extremely biased professors.

All cases on the website required documented news sources for inclusion, and the same standard will be applied to any future submission. Hearsay accusations or other suggestions without a news source or other proof (i.e. syllabus or powerpoint slides) will not be added.