The Federal Trade Commission will be requiring homeopathic medicine to explicitly state the scientific evidence (or the lack thereof) for the claims they make about their efficacy. 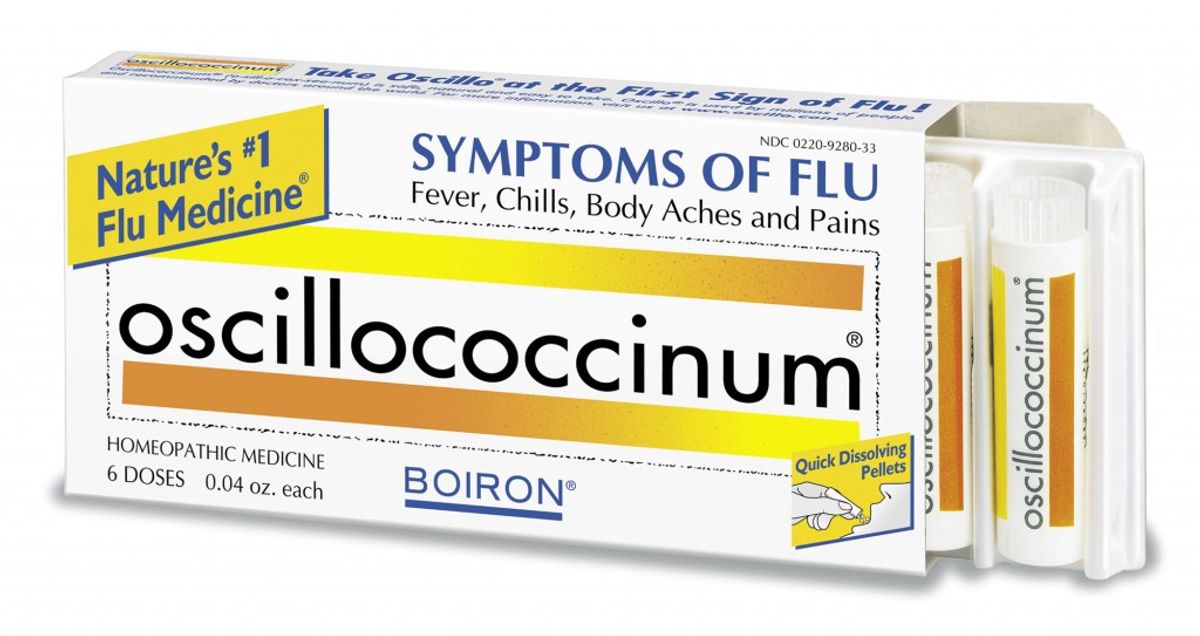 On 15 November 2016, the United States Federal Trade Commission announced a new policy statement regarding the enforcement of standards for the labeling of homeopathic remedies. The new policy requires a declaration of the presence or absence of scientific proof for the claims made on each product.

The policy statement explains that the FTC will hold efficacy and safety claims for [Over-the-counter] OTC homeopathic drugs to the same standard as other products making similar claims. That is, companies must have competent and reliable scientific evidence for health-related claims, including claims that a product can treat specific conditions. The statement describes the type of scientific evidence that the Commission requires of companies making such claims for their products. [...]

For the vast majority of OTC homeopathic drugs, the policy statement notes, “the case for efficacy is based solely on traditional homeopathic theories and there are no valid studies using current scientific methods showing the product’s efficacy.” As such, the marketing claims for these products are likely misleading, in violation of the FTC Act.

Homeopathic medicine first hit the scene in 1796, when German physician Samuel Hahnemann proposed an alternate form of medicine that revolved around the notion that “like cures like” (From the famous Latin phrase "similia similibus curentur"). Homeopathy rests on three basic principles, as discussed by Johns Hopkins University Professor of Biomedical Engineering Steven Salzberg in an article in Forbes:

Homeopathy is the most obviously fake alternative medicine you’re likely to see in your local pharmacy. This may seem like a pretty strong statement, but look at what homeopathy claims:

—That infinite dilutions of a substance, to the point where not a single molecule remains, have a medical benefit.

—That water “remembers” the substances that were in it in the past.

—That a substance that causes a symptom will, when diluted, cure that same symptom. Thus (for example) poison ivy can cure itching.

These claims violate basic principles of physics, chemistry, and biology. The idea that water remembers what was in it is almost comically wrong–and it also implies that every sip of water you take “remembers” virtually every substance on the planet, although homeopaths appear not to recognize this. Yet homeopathic “drugs” are a multi-billion dollar business today; the FDA estimated that consumers spent $2.9 billion on homeopathic remedies in 2007, the last year for which they reported numbers.

Numerous studies support Salzberg's view: That there is no scientific or medical basis for these theories. A detailed scientific review performed by the government of Australia’s National Health and Medical Research Council concluded:

The FTC’s authority (as opposed to the FDA’s) to crack down on misleading claims comes from the FTC Act, as described in their policy statement:

The FTC’s authority over disease and other health-related claims comes from Sections 5 and 12 of the FTC Act. Section 5, which applies to both advertising and labeling, prohibits unfair or deceptive acts or practices in or affecting commerce, such as the deceptive advertising or labeling of OTC drugs. Section 12 prohibits the dissemination of false advertisements in or affecting commerce of food, drugs, devices, services, or cosmetics. Under these provisions, companies must have a reasonable basis for making objective product claims, including claims that a product can treat specific conditions, before those claims are made.

Michael De Dora, the public policy director of the Center for Inquiry, a long time opponent of homeopathy, welcomed the news:

"This is a real victory for reason, science, and the health of the American people," said Michael De Dora, public policy director for the Center for Inquiry, a science-based advocacy and education group that’s been pushing for more homeopathy oversight. "The FTC has made the right decision to hold manufacturers accountable for the absolutely baseless assertions they make about homeopathic products."

In October 2016, the U.S. Food and Drug Administration warned parents against using homeopathic teething gels and tablets following reports of hundreds of illnesses and ten infant deaths, thought to be a result of inconsistent amounts of belladonna.