Western China's golden pheasant sports a sweeping orange crest not unlike the U.S. President-elect's; they also reportedly share a fondness for tweeting. 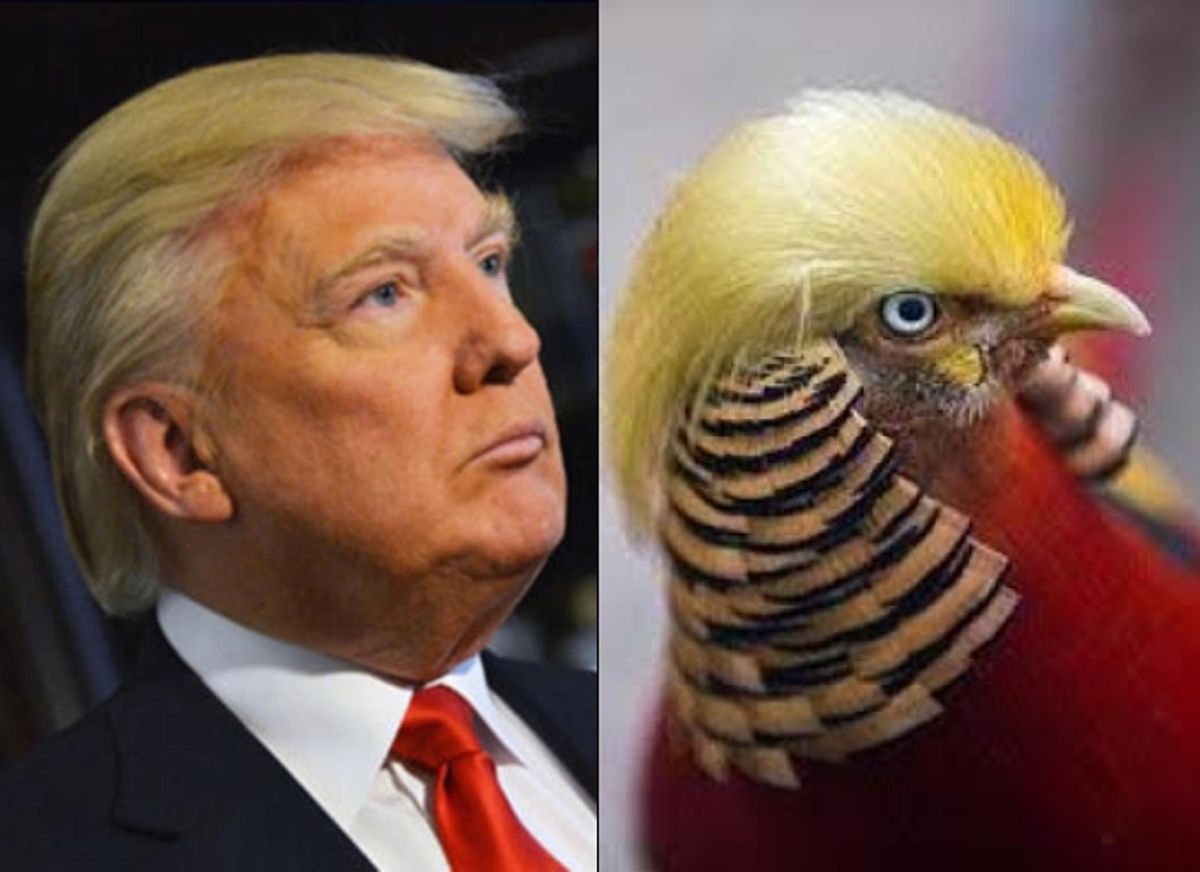 "Even accounting for the orangutan," Washington Post columnist Michael Cavna wrote in 2015, "Donald Trump flaunts a hair color that does not occur in nature."

Nature is apparently trying to prove him wrong.

One week after a U.S. election that propelled Donald Trump to the highest office in the land, China's People's Daily Online ran photos of a male golden pheasant (Chrysolophus pictus) bearing a "striking similarity" to the President-elect — not just in hair color, but in coiffure, as well: A golden pheasant has become a star in China because people think he has the same hairstyle as Donald Trump.

Pictures of the animal became widely shared today on Chinese media after a journalist from Hangzhou took a picture of the male bird and pointed out the 'striking similarity' between him and the U.S. President-elect.

Mr. Gao, the keeper of the bird, told MailOnline that he was surprised to hear the news, however he had begun to notice the resemblance between the two.

In an on-camera interview with Reuters, Gao said the resemblance between bird and politician goes way beyond hair. It's also in the eyes:


Though native to western China, golden pheasant populations have taken root in other parts of the world, as well. It has long been thought that the classical myth of the phoenix — a bird that supposedly lived for hundreds of years before perishing in flames and being reborn out of its own ashes  — was inspired by a golden pheasant brought to the West from China.