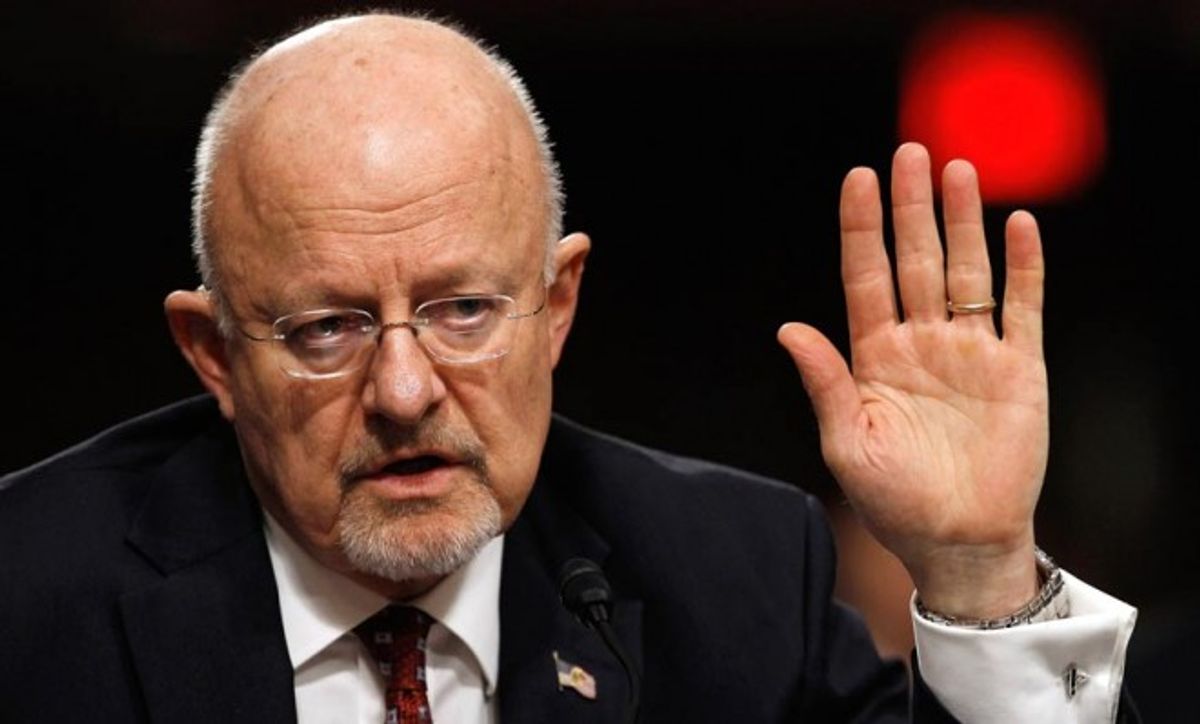 Although the development was often framed as "JUST IN" or "BREAKING," journalists were quick to point out that Clapper's resignation as the head of DNI was long expected:

As required of all appointed Administration officials, DNI Clapper has signed a letter of resignation effective at noon on Jan 20, 2017. — Office of the DNI (@ODNIgov) November 17, 2016

“I submitted my letter of resignation last night, which felt pretty good,” Director of National Intelligence James Clapper told a House Intelligence Committee hearing on Thursday morning. “I have 64 days left and I would have a hard time with my wife for anything past that.”

Clapper has long promised to leave his job at the end of President Obama’s term in office, so his resignation was expected.

The piece noted that Clapper's term was often characterized by the actions of Edward Snowden, and ensuing revelations about the National Security Agency's activities:

The position was created in the years following Sept. 11, 2001, as part of a massive government shakeup to break down walls between different intelligence agencies such as the CIA and FBI.

Clapper is the fourth-ever U.S. director of National Intelligence.

He took the helm overseeing 17 intelligence agencies in 2010 and served throughout the majority of Obama’s presidency. His tenure was marked by the revelations of Edward Snowden, whose leaks about U.S. intelligence shook up the community like nothing in a generation.

During an interview with Wired in 2014, Snowden cited remarks made by Clapper in 2013 as the impetus for his defection from the United States, along with revelations about the breadth of surveillance aimed at American citizens:

On March 13, 2013, sitting at his desk in the “tunnel” surrounded by computer screens, Snowden read a news story that convinced him that the time had come to act. It was an account of director of national intelligence James Clapper telling a Senate committee that the NSA does “not wittingly” collect information on millions of Americans. “I think I was reading it in the paper the next day, talking to coworkers, saying, can you believe this shit?”

Snowden and his colleagues had discussed the routine deception around the breadth of the NSA’s spying many times, so it wasn’t surprising to him when they had little reaction to Clapper’s testimony. “It was more of just acceptance,” he says, calling it “the banality of evil”—a reference to Hannah Arendt’s study of bureaucrats in Nazi Germany.

Just before Clapper's resignation, members of the Senate Select Committee sent a letter [PDF] to Donald Trump's transition team to act "expeditiously" in nominating a successor to the outgoing director.