New Balance became the target of a media hoaxing white supremacist site after an executive commented about trade policies and president-elect Donald Trump. 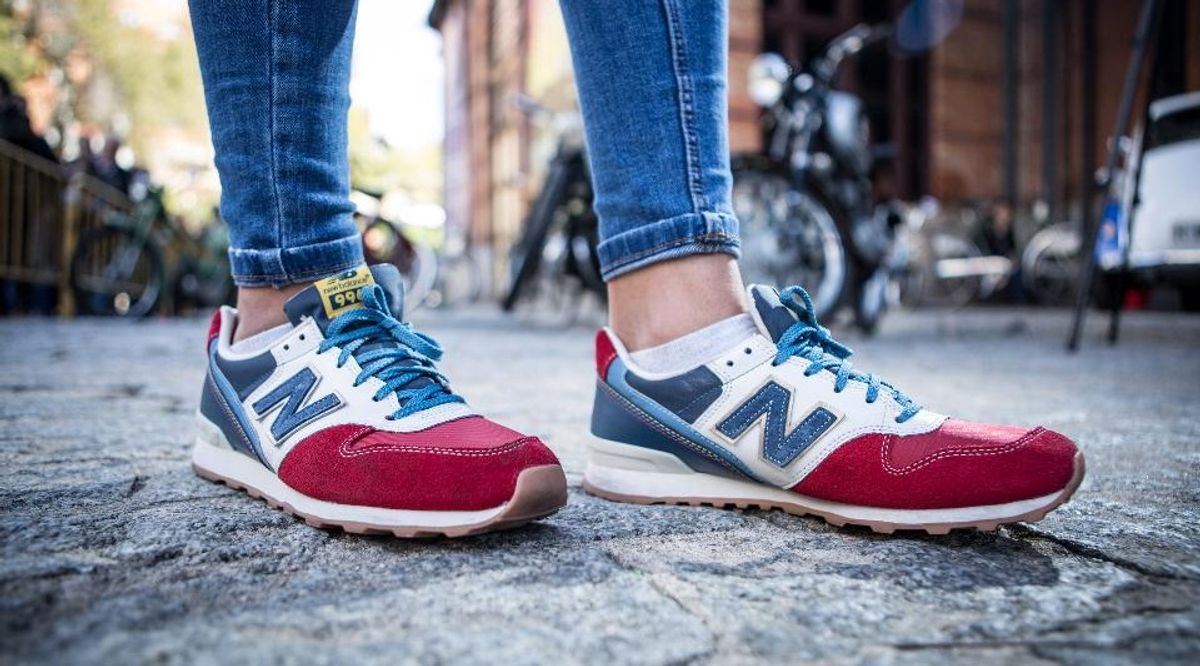 It was the same deal with Chick-Fil-A going against the homos. Of course they did that as a marketing strategy, but it didn’t matter – you had a major company publicly opposing faggots.

Conversely, Target endorsed trannies as a marketing strategy, but we didn’t say “oh well, it’s no big deal they are allowing men in bathrooms with little girls, because they’re just doing it for marketing purposes.”

We will be able to recognize one another by our sportswear.

If it’s about time for you to get a new pair of shoes – or if you’ve got disposable income to spend on extra shoes – go buy a pair or two now.

I’d like to see a serious sales boost in their figures this month, which will be a sign to other American companies that it’s time to get on the TRAIN.

The article's claims were based on a series of tweets published by Wall Street Journal reporter Sara Germano on 9 November 2016, the third of which ambiguously suggested "New Balance" maintained "[that with President-Elect] Trump we feel things are going to move in the right direction":

New Balance: "The Obama admin turned a deaf ear to us & frankly w/ Pres-Elect Trump we feel things are going to move in the right direction" — Sara Germano (@germanotes) November 9, 2016

Germano's tweets appeared (and were often shared) without any context, and left the impression that the brand itself stood behind Donald Trump's platform. The speaker she was quoting was New Balance's public affairs vice president Matt LeBretton, who immediately sought to ensure that his comments were correctly interpreted:

New Balance vice president of public affairs Matt LeBretton, quoted above by journalist Sara Garmano, told BuzzFeed News that while the quote was correct, he was taken out of context. “The statement [quoted by Sarah Germano] is correct in the context of trade, not talking about large geo-political anything, but in the context of the Trans Pacific Partnership agreement.” “It’s inaccurate. Everything I’ve said is in the context of trade.” New Balance has a history of opposition to the TPP dating back to April, but LeBretton said the company is not interested in “getting involved in the politics of presidential elections.” “My statements aren’t political, this is policy related solely to TPP. I’ve spoken on the record to The Boston Globe and other sources about our opposition to Obama’s footwear tax and the TPP.”

Later on 9 November 2016, a footwear blog amplified Germano's tweets by interpreting them as evidence of a wholesale endorsement of Donald Trump by New Balance:

What transpired immediately after Germano's 9 November 2016 tweets was unclear; as of 10 November 2016, New Balance sent a tweet that appeared to be aimed at the controversy:

By 12 November 2016, LeBretton's remarks had been appropriated by Daily Stormer, magnifying the confusion and backlash significantly.  The company gave a second statement:

Later on 15 November 2016, Daily Stormer published an incendiary follow-up post about the growing controversy it had manufactured, attributing horrifying (and clearly fabricated) quotes to LeBretton and suggesting that the brand secretly supported a racist agenda, and urged readers not to let "the lying Jewish media get you down." While it was obvious Daily Stormer whipped up a controversy purely for the purpose of self-promotion, news reports inaccurately described the dispute as being over an endorsement of Trump and suggested New Balance was "distancing itself" from the blog's commentary. However, nothing supported the idea that the brand endorsed Trump (or anyone else) and all signs pointed to a controversy created and maintained by a trolling web site.

This is not the first time Daily Stormer has played the press for publicity. In November 2015, the blog fabricated a spate of nationwide "White Students' Unions" at universities which initially were reported as a legitimate trend. However, Andrew Anglin (author of the New Balance posts) openly promoted the hoax with a presumable goal of duping the media: