"Transition sources" claimed that the president-elect sought security clearances for some of his children. 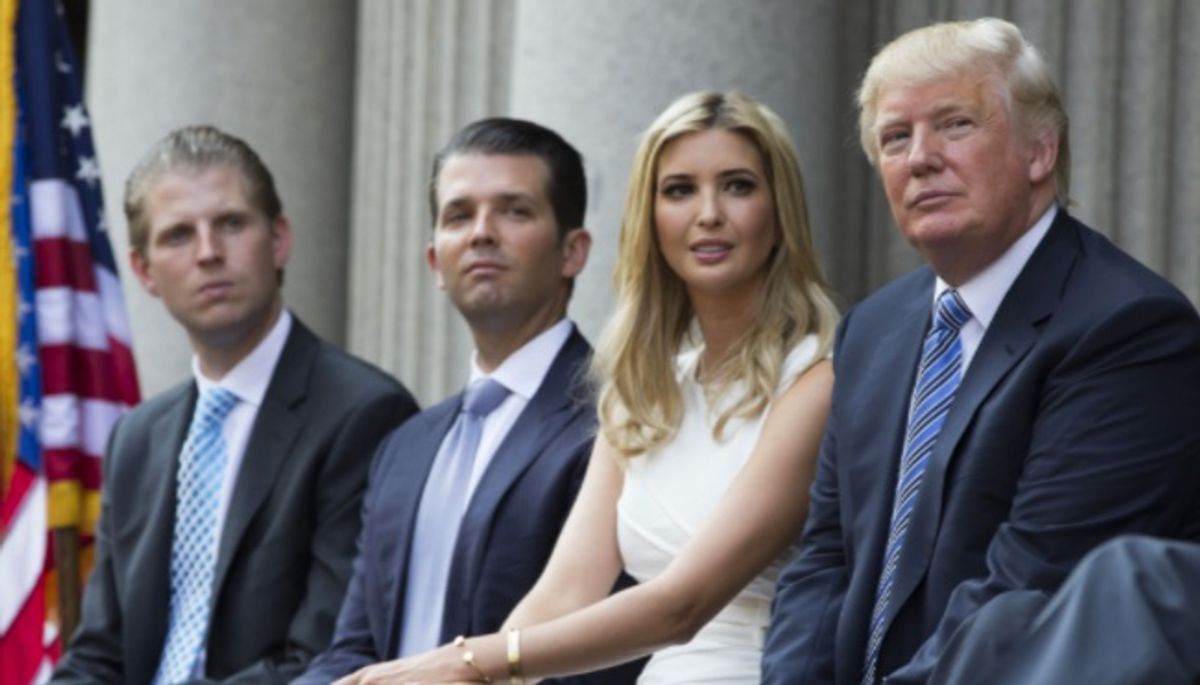 The Trump team has asked the White House to explore the possibility of getting his children the top secret security clearances. Logistically, the children would need to be designated by the current White House as national security advisers to their father to receive top secret clearances. However, once Mr. Trump becomes president, he would be able to put in the request himself ... While nepotism rules prevent the president-elect from hiring his kids to work in the White House, they do not need to be government officials to receive top secret security clearances.

The claim was widely aggregated in political news throughout the U.S. and beyond.  Ivanka Trump was also quoted as affirming she had no interest in a role in her father's administration:

“No,” Ivanka told CBS News’ Lesley Stahl when asked during a “60 Minutes” interview if she would join the administration. “I’m going to be a daughter. But I’ve-- I’ve said throughout the campaign that I am very passionate about certain issues. And that I want to fight for them.”

On 16 November 2016 President-Elect Trump denied the claim via Twitter, describing it as "a typically false news story":

I am not trying to get "top level security clearance" for my children. This was a typically false news story.

Jason Miller, the head of Trump's transition team's communications, earlier asserted that "the President-elect has not requested security clearance for any family members and no paperwork has been submitted to this effect," and "any reporting otherwise is inaccurate." Although reporting often referenced Trump's "kids," Donald Jr., Eric, and Ivanka remained the closest to his campaign.