Russian news outlets are reporting that someone painted a Soviet-era star on top of a building to resemble the cartoon starfish Patrick. 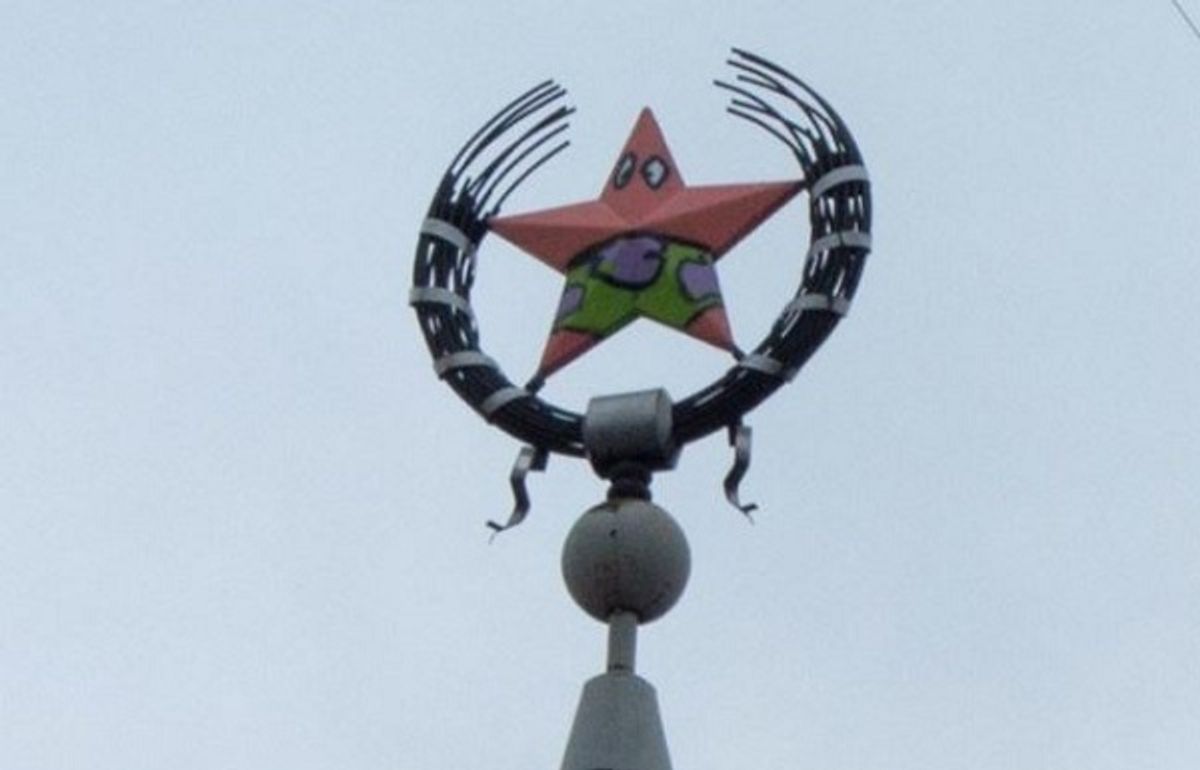 On 10 November 2016, Russian-language media reported that a rather bleak-looking Soviet-era star atop a building in the western Russian city of Voronezh had been a bit more visually cheerier — someone had repurposed it by painting it to resemble Patrick, a starfish character from the popular cartoon "SpongeBob SquarePants"

According to Russia Today, and English-language Russian government-funded news site, the vandal could face 15 days in detention if caught:

While social media users were quite amused with the stunt that surfaced online, Voronezh police were not so entertained. Now the fans of the US animated series — if found — could face 15 days in detention.

The building in the southwestern city is not considered a memorial, but it still has Soviet symbols, Poman Ponizovny, an official from Voronezh Central District, told RIA Novosti. Restoration works may cost the city up to 100,000 rubles ($1,500).

A poll under the photo in one of Voronezh online communities showed that most people — around 60 percent — found the stunt funny, while 39 percent say that it was an act of vandalism that shouldn’t go unpunished.

Patrick Star is a rather dim-witted, chubby, pink starfish on the television program, voiced by actor Bill Fagerbakke. CNET reports the vandalism first appeared on 25 October 2016.