In a 20-year-old police report, Trump strategist Steve Bannon was accused of grabbing his former wife by the neck and wrist, but the case was later dismissed. 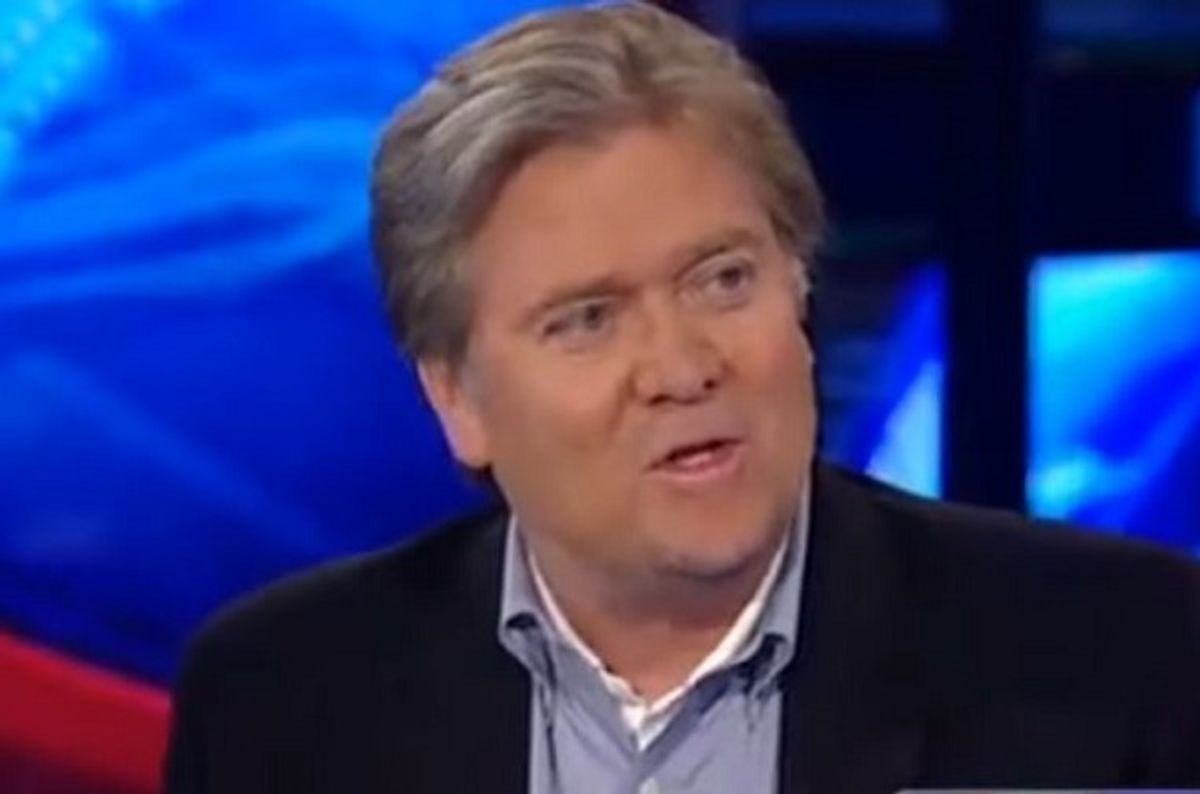 On New Year's Day 1996, Santa Monica police were called to the home of Steve Bannon and his then-wife, Mary Louise Piccard, on reports of domestic violence. According to documents provided by the city, Bannon was charged with three misdemeanor counts relating to the incident, but the case was ultimately dismissed because Piccard did not appear for trial.

According to the report, Bannon had been physically violent with Piccard in the beginning of their relationship, but had stopped for roughly four years (with the help of counseling). However, on 1 January 1996, Piccard apparently answered the door in tears when a Santa Monica police officer responded to a 911 hang-up call from the home.

Her husband and father of the twins is Stephen Bannon. Mrs. Bannon said she has been seeing Mr. Bannon for approximately 6 1/2 years. In the beginning of their relationship, she said they [had] 3 or 4 arguments that became physical, and they have been going to counseling. There has not been any physical abuse in their arguments for about the past 4 years. Mrs. Bannon said they have been arguing a lot, but not violence.

The police report goes on to note that Bannon had slept on the couch on New Years Eve, the night before the alleged violence. He became upset with Piccard when she asked to use a credit card to go grocery shopping. The altercation escalated until Piccard told him she wanted a divorce.

[Piccard] said she spit at him, and [he] reached up to her from the driver's seat of his car and grabbed her left wrist. He pulled her down, as if he was trying to pull into the car, over the door. [Piccard] said Mr. Bannon grabbed at neck, also pulling her into the car. She said that she started to fight back, striking at his face, so he would let go of her. After a short period of time she was able to get away from him.

She ran back into the house, where the couple's children were, and tried to call 911, but Bannon jumped over her and the twins, grabbed the phone and threw it across the room before leaving the home, according to the report. He was charged with misdemeanor witness intimidation, domestic violence with traumatic injury and battery. He pleaded not guilty. The case was dismissed when Piccard didn't appear for trial; the couple ultimately divorced.

On 13 November 2016, Bannon was selected by President-elect Donald Trump to serve as his chief White House strategist, prompting questions about whether previous media reports about the case were true. Bannon led Breitbart after death of its founder, Andrew Breitbart, in 2012, until Trump tapped him to head his campaign in August 2016.

A representative for Bannon has not yet responded to our request for comment.