An image purportedly showing two people wearing blackface in front of a Confederate flag was widely shared as an example of post-election racism, but there might be more to the story. 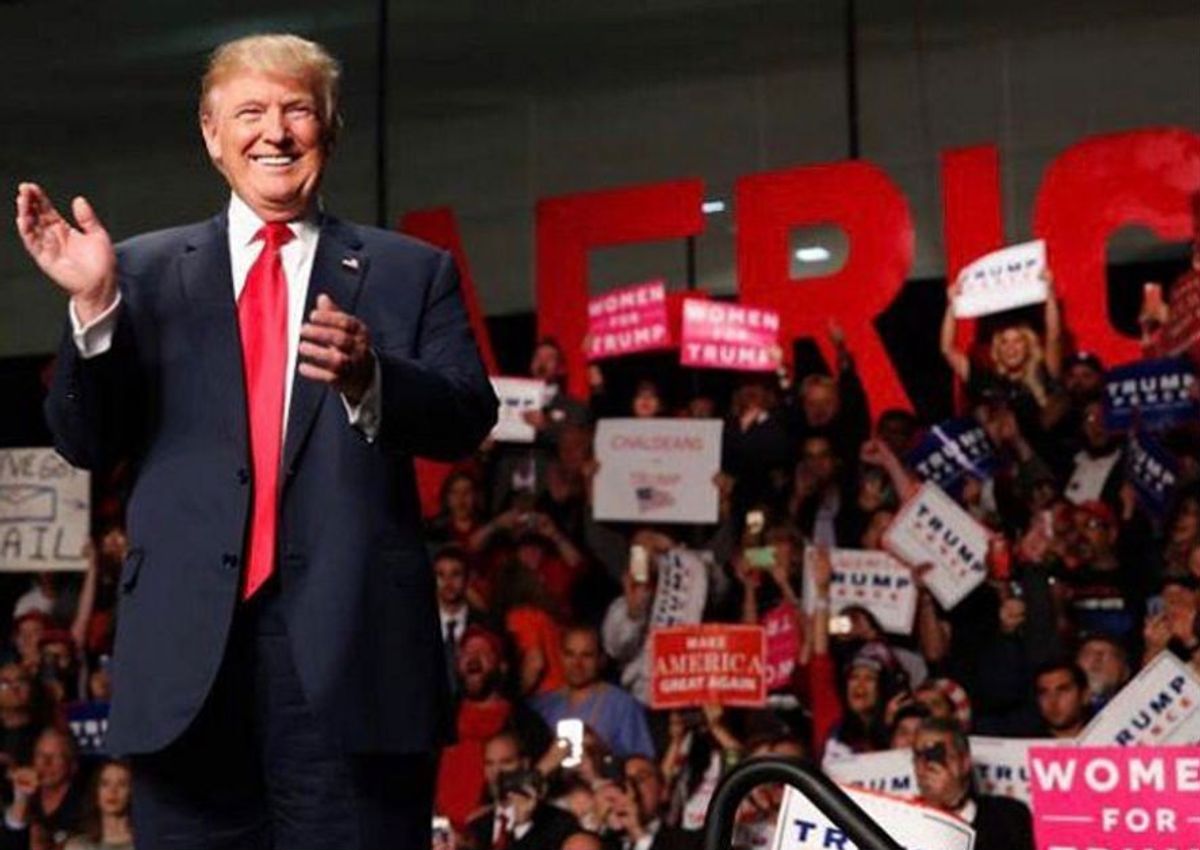 On 10 November 2016, activist Shaun King sent out a series of tweets purportedly documenting incidents of racism related to Donald Trump's presidential victory. One of them purportedly showed two college students celebrating the Republican's election by wearing what appears to be blackface in front of a Confederate flag: While the photograph displayed here is real, Miranda Fair, the woman in the image, said that it was not intended as an overt display of racism

The Daily Egyptian, which is the college newspaper for Southern Illinois University, confirmed that Fair was indeed a student at the college, but Fair maintains that she wasn't wearing black face in this photograph. She gave some context to the image in a Facebook group for the SIU Class of 2019:

Firstly, I want to publicaly and sincerely apologize if this has offendeded anyone. I would like to explain that the picture has myself in it, but that it is completely out of context. The confederate flag in the background is defaced (ripped in half) becasue I do not support it. The balck on my face is a boscia face mask. I do not hate any group of people. #blacklivesmatter.

Some Boscia brand face masks do resemble the ones shown in the photograph, as can be seen in the following video:


It also appears that the Confederate flag is ripped in half, as Fair claimed.

Southern Illinois University did not comment on this specific incident, but they did release a statement about offensive images being shared on social media in the wake of Trump's election:

This week’s presidential election was extremely divisive and emotions are running high. A number of people have contacted my office regarding offensive behavior and comments, including social media posts. While federal law prohibits us from discussing issues related to specific students, please know that we deeply share your concerns. We are reviewing every incident and will take appropriate action.

I urge every member of our community to help create a respectful, safe and welcoming environment. We expect students to abide by the Saluki Creed: "As a Saluki, I pledge to forward ideas and ideals. I will discourage bigotry and celebrate diversity by striving to learn from differences in people’s ideas, and opinions. I will embrace the ideals of freedom of civilized expression, intellectual inquiry, and respect for others."We value individuals, diversity and inclusion. Anything less diminishes all of us. Free speech is an important right and value that we should use wisely and respectfully.

As has been said many times since the outcome was clear, one of the underpinnings of our democracy is free elections and the peaceful transition of power. Discussions about the future of our country are important, and I ask you to do so in a civil manner that respects everyone’s right to agree or to disagree. There is no place for intolerance on our campus.

There is also no evidence that this photograph was connected to the 2016 presidential election in any way other than its timing.