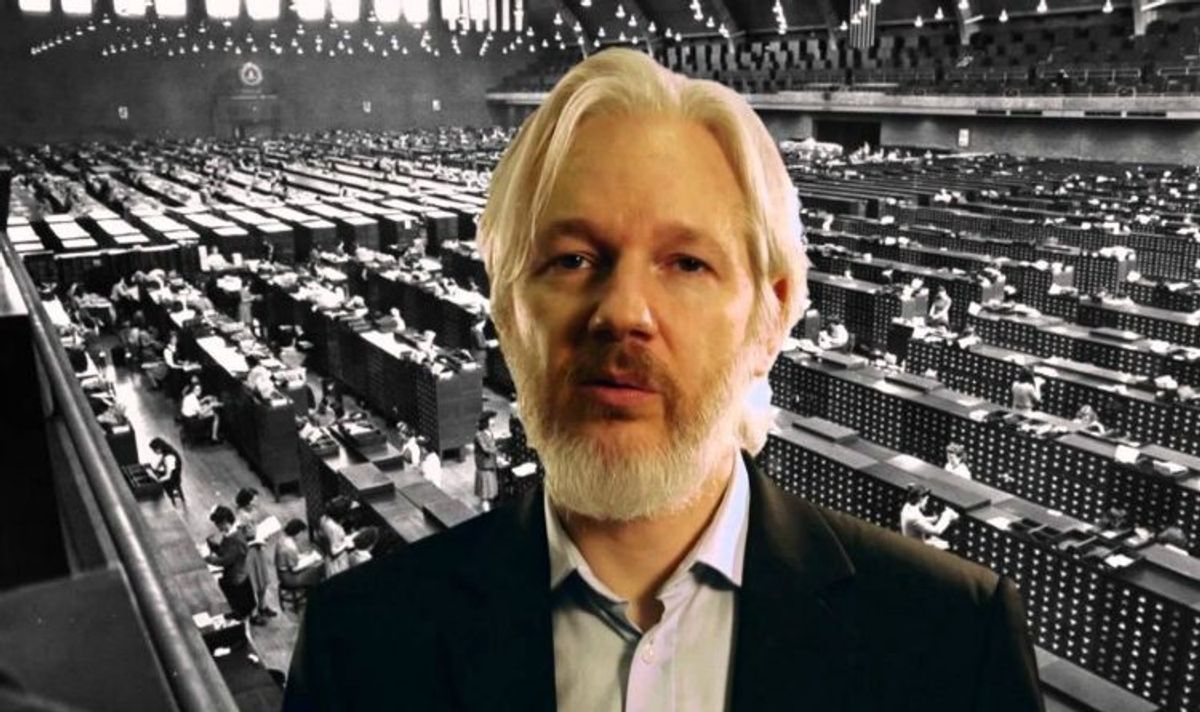 Over the course of the 2016 election, WikiLeaks had released troves of e-mails hacked from the Clinton campaign that proved damaging to the Democratic effort. Assange released a statement through his attorney, which was published in part by Newsweek, reading:

The right to receive and impart true information is the guiding principle of WikiLeaks — an organization that has a staff and organizational mission far beyond myself. Our organization defends the public's right to be informed.

This is why, irrespective of the outcome of the 2016 U.S. Presidential election, the real victor is the U.S. public, which is better informed as a result of our work.

The U.S. public has thoroughly engaged with WikiLeaks' election related publications, which number more than one hundred thousand documents. Millions of Americans have pored over the leaks and passed on their citations to each other and to us. It is an open model of journalism that gatekeepers are uncomfortable with, but which is perfectly harmonious with the First Amendment.

Throughout the course of his campaign, Trump was embraced by various white supremacists including Duke himself, and in early November 2016, The Crusader, a prominent Klan newspaper, published a supportive editorial about his candidacy.