Police described the situation in the city of Azusa as "volatile". 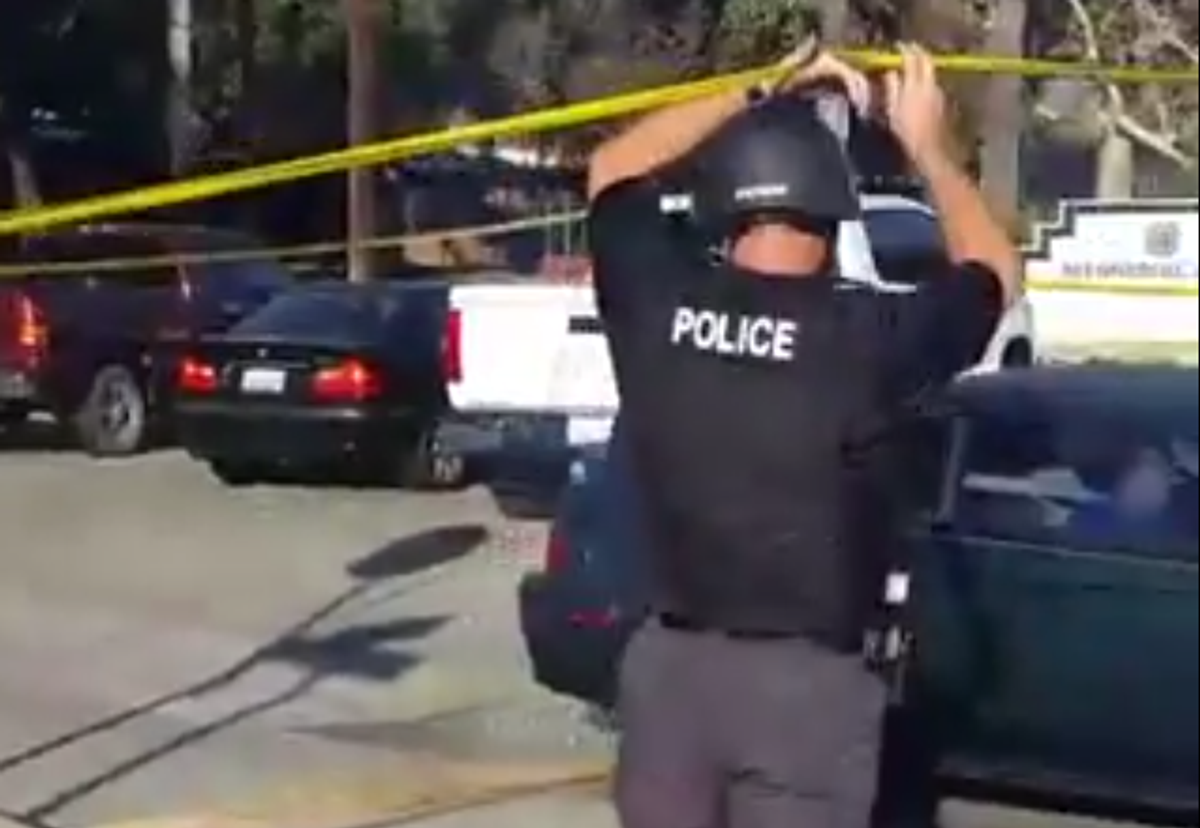 At least one person has been killed and at least two others wounded in an election day shooting in Azusa, a normally quiet city in northeastern Los Angeles County.

Police called the situation "volatile." The shooting took place near a polling station on 8 November 2016 at about 2:02 p.m. local time:

Azusa police Chief Steve Hunt told reporters during a press briefing that three casualties have been confirmed. Later, the Los Angeles County Sheriff's Department reported two female victims were listed in critical condition. A male victim was killed. The suspected shooter, a male, was pronounced dead at the scene.

Five Azusa police officers and one Irwindale police were involved in the exchange of gunfire with the suspect or suspects. The shooting occurred across from Memorial Park, which was a polling place and has been evacuated. Police directed residents to check their social media for information on alternate polling.

Hunt said it is still too early to know whether the shooting was connected to the polling location but added it seemed concentrated around the residence.

Azusa Mayor Joe Rocha said although the shooting caused two schools (Slauson Middle and Mountain View Elementary) to go on lockdown, children were not harmed. He said he was picking up his granddaughter at Slauson when he heard multiple shots fired about 50 feet away.

"The kids all get out at 2:20," he told us. "One second sure makes a difference. I’m sure happy the kids had not been released yet."

Police said none of the responding officers were injured, but had to be rescued from harm's way after being pinned by the shooter.  The suspect then barricaded himself inside a home.

Rocha said he and several others had to shelter behind a wall until police arrived and moved them to a more secure location further away.

The suspect — who, despite earlier reports that police had spotted a woman with a rifle, was a man — was found dead inside the home after several hours.