The first female U.S. attorney general is remembered for her candor, integrity, and the roles she played in the Waco debacle and prosecution of "Unabomber" Ted Kaczynski. 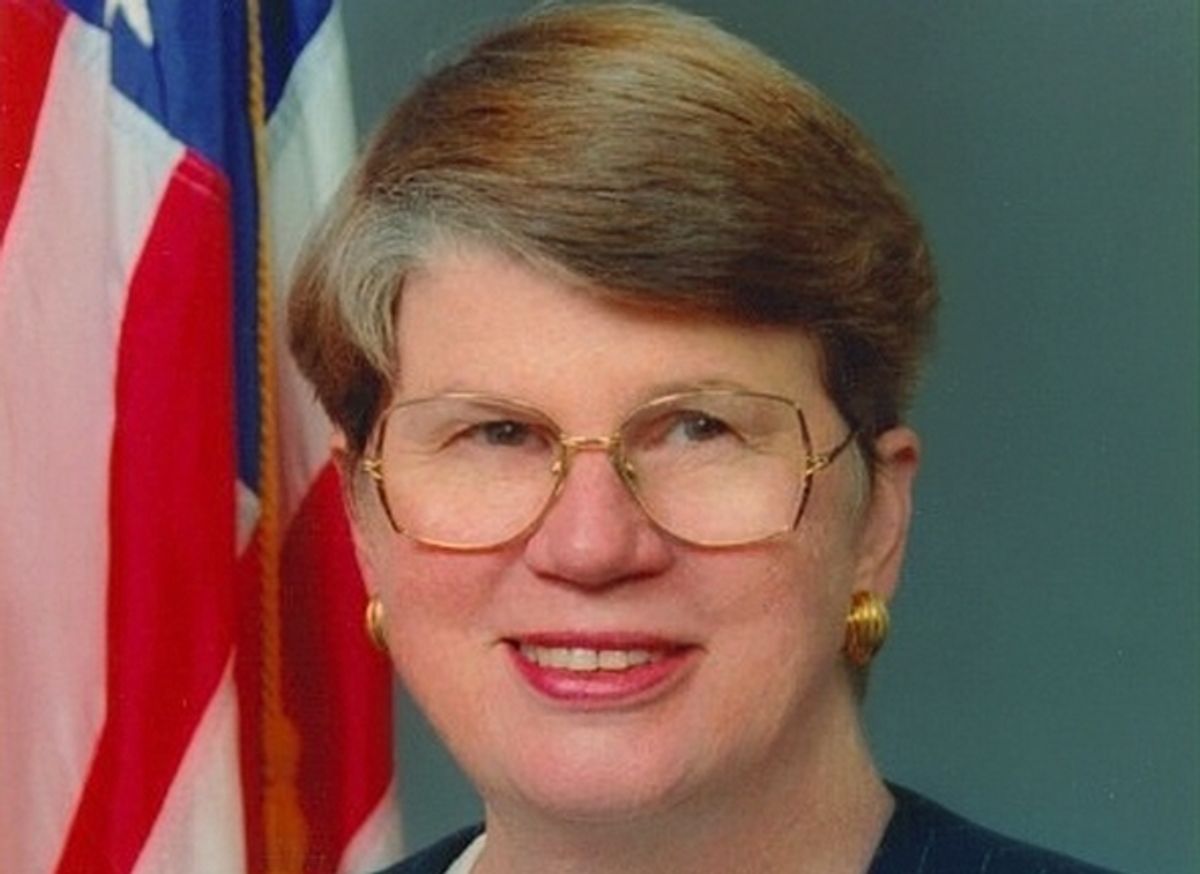 Janet Reno, who became the first female Attorney General of the United States upon her appointment by President Bill Clinton in 1993, died on 7 November 2016 due to complications of Parkinson's Disease. She was 78.

The New York Times noted that Reno won both praise and criticism for her handling of various crises that erupted during her eight years of service under Clinton:

Ms. Reno's tenure as attorney general was bracketed by two explosive events: a deadly federal raid on the compound of a religious cult in Waco, Texas, in 1993, and, in 2000, the government's seizing of Elian Gonzalez, a young Cuban refugee who was at the center of an international custody battle and a political tug of war.

In those moments and in others Ms. Reno was applauded for displaying integrity and a willingness to accept responsibility, but she was also fiercely criticized. Republicans accused her of protecting President Bill Clinton and Vice President Al Gore when, in 1997, she refused to allow an independent counsel to investigate allegations of fund-raising improprieties in the White House.

Reno also oversaw the federal prosecutions of domestic terrorists Ted "Unabomber" Kaczynski, Timothy McVeigh, and Terry Nichols, as well as Egyptian-born terrorist Sheik Omar Abdel-Rahman, a conspirator in the 1993 bombing of the World Trade Center. which killed six people and injured more than 1,000.

Reno grew up in Miami, where both her parents were journalists, and attended Harvard Law School in the early 1960s. She entered government work as staff director for the Florida House of Representatives in 1971, then served as the Dade County state attorney for 14 years before joining Bill Clinton's cabinet. In 2002, Reno ran unsuccessfully for governor of Florida.

She is survived by her sister, Maggy, and seven nieces and nephews.