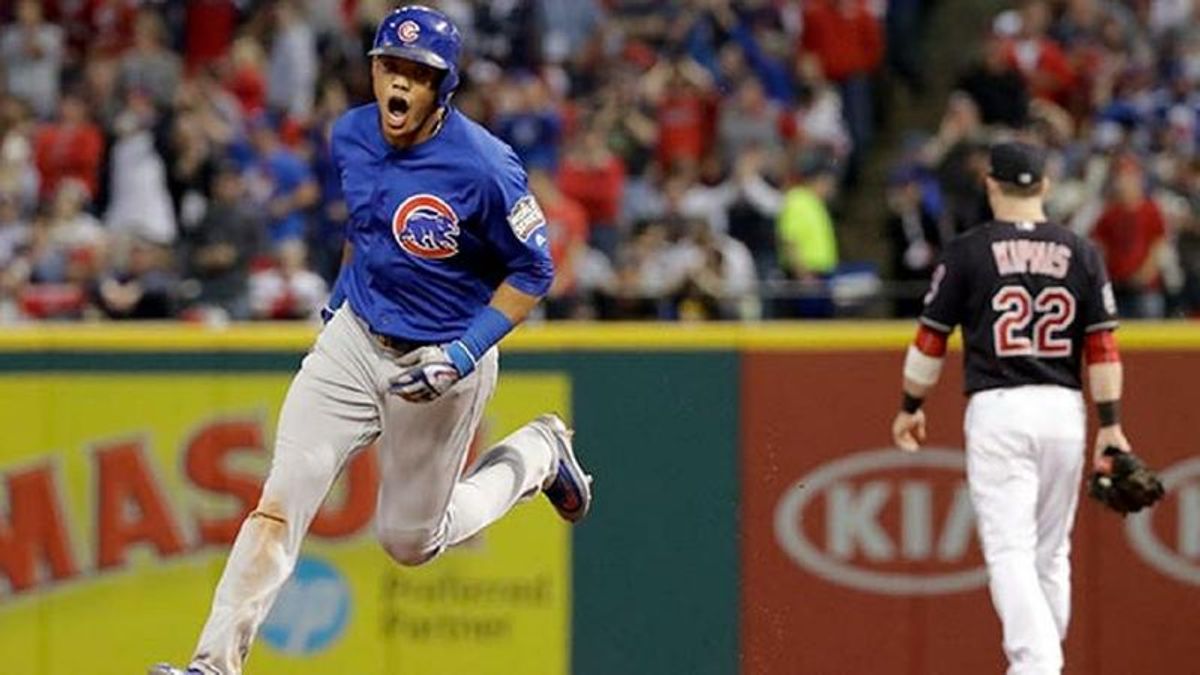 As the Chicago Cubs held off the Cleveland Indians in extra innings to win the seventh game of the 2016 World Series — and the Cubs' first championship since 1908 — Twitter users began circulating a tweet that had seemingly anticipated the circumstances of Chicago's win back in November of 2014:

2016 World Series. Cubs vs IndiansAnd then the world will end with the score tied in game seven in extra innings #apocalypse

Although the tweet didn't predict who the winner of the 2016 World Series would be (it posited the world ending before the conclusion of the last game), it did reference an extra-inning seventh game between the Cubs and the Indians — which was indeed how the series played out, with Chicago besting Cleveland 8-7 in ten innings.

Many users insisted the tweet must have been faked, but it wasn't so far-fetched to think that someone might have made a joke about the two Major League franchises that had gone the longest without a World Series championship (the Indians had last won it all in 1948, and the Cubs not since 1908) meeting in a drawn-out, extra-inning seventh game battle whose ending mankind didn't survive to witness.

Whoever @RaysFanGio is, he averred that he composed the tweet "the day [manager] Joe Maddon signed with the Cubs" after leaving his previous post managing the Tampa Bay Rays:

@jxrrys @HenriqueIsDaddy I wrote that tweet the day Joe Maddon Signed with the Cubs.