The Seattle-based coffee giant has introduced a new green cup with a design intended to symbolize unity. 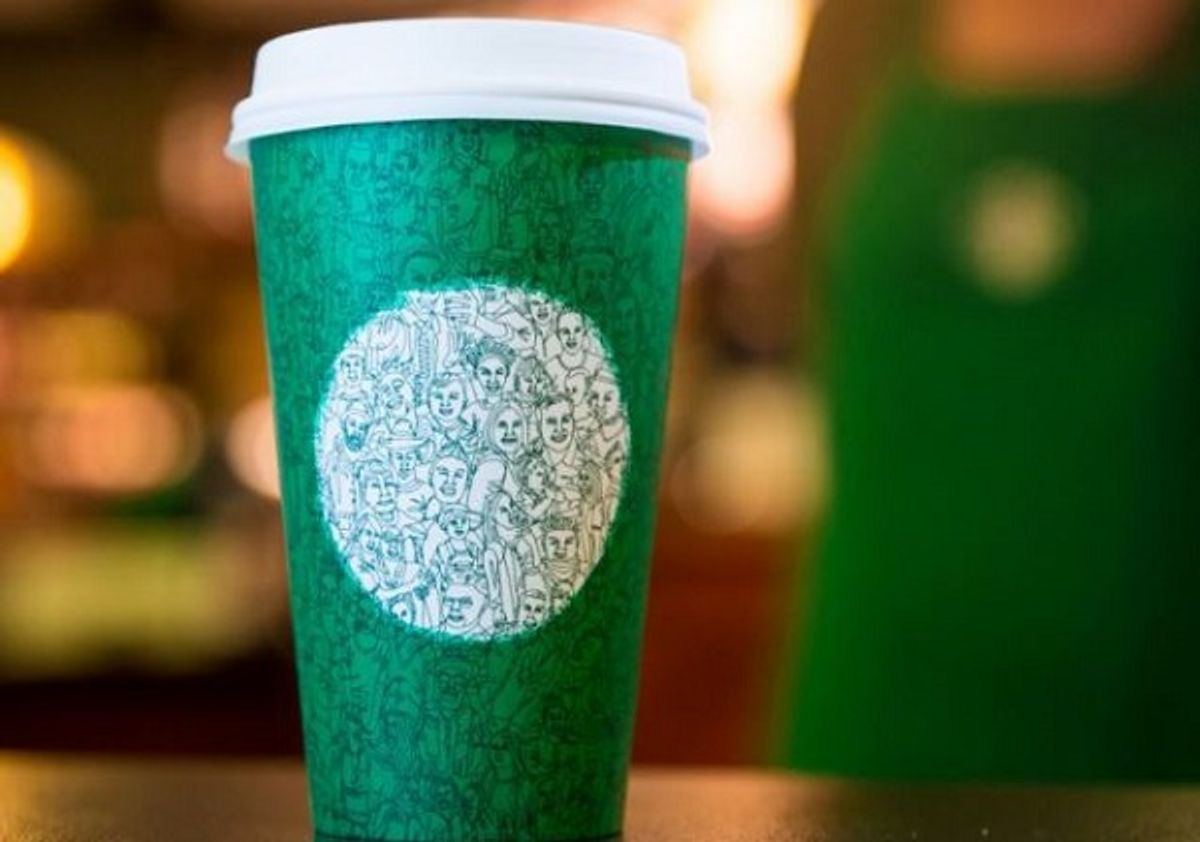 Holiday season is upon us again, and with it comes the national sport of intensely scrutinizing Starbucks' annual holiday cup design for negative messages.

The Seattle-based coffee company introduced a green cup design on 1 November 2016 featuring an impressive piece of artwork created by Shogo Ota, featuring 100 faces all drawn with a single pen stroke:

Starting [1 November 2016], Starbucks stores in the U.S. will feature a green cup that represents the connections we have as a community. It's meant to be a symbol of unity, and to encourage us to be good to each other. Artist Shogo Ota’s design represents humanity and connection, serving as a symbol for bringing people together as a united community.

Despite many references to them as such, the cups don't seem to be intended for the holiday season, as Starbucks says they are being offered for a "very limited time." The company is also being cagey about possible further plans for 2016 holiday cup designs:

Starbucks customers can enjoy the first sip of the holiday season as Starbucks holiday handcrafted beverages return, including favorites like Chestnut Praline Latte, Caramel Brulée Latte and Peppermint Mocha... The rest of our holiday plans are still under wraps.

As was the case with 2015, this circumstance hasn't stopped some people from assuming that Starbucks is again eliminating the Christian holiday Christmas from their product packaging -- or even promoting Islam:

Starbucks gets rid of Christmas colour, replaces with Islamic colour, all in the name of "unity". Get used to this. https://t.co/Of3FhK8ZBg

@Starbucks Screw you. My coffee should NOT (and does NOT) come with political brainwashing. I dropped @Starbucks like a hot rock. — #FuckHillary (@RadioAnna) November 1, 2016

The coffee giant's all-red 2015 holiday cups led some consumers to assume the chain was part of the so-called "War on Christmas." But the company said the all-red cups were about design, and as we noted last year, Starbucks holiday cups never featured any overtly religious symbols to begin with. The chain began using seasonally-themed cups in 1997.