No students were on board the school bus, but its driver was among those killed. 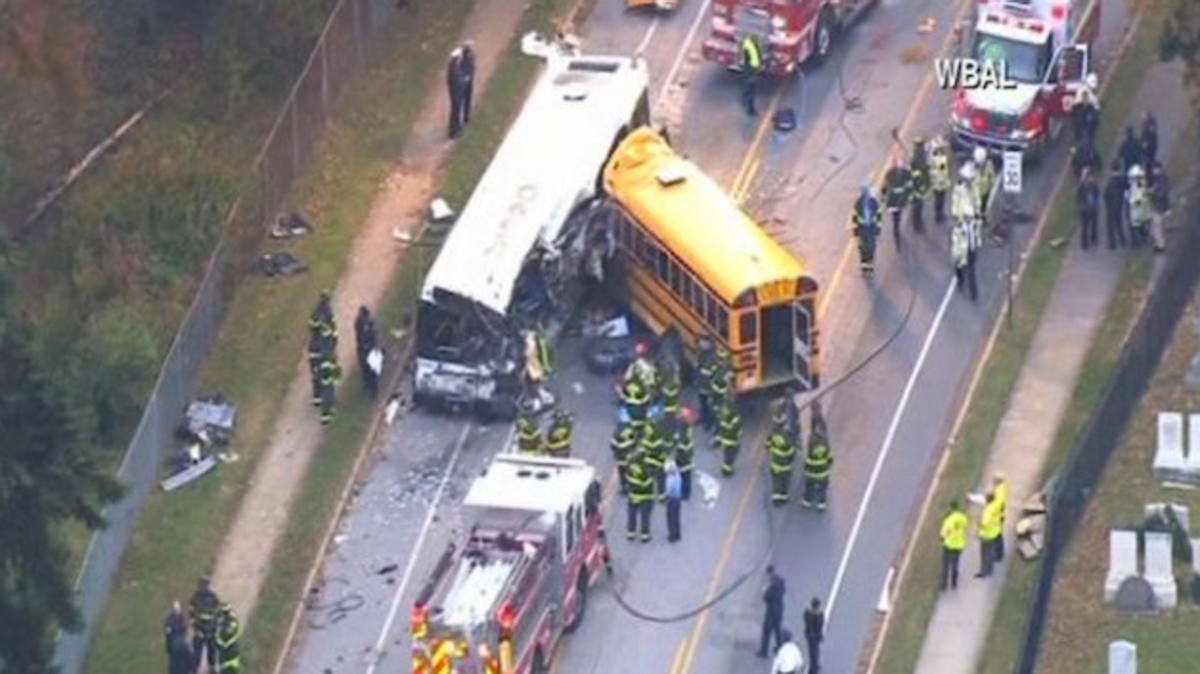 Six people were killed and at least ten injured on the morning of 1 November 2016, when a commuter bus and a school bus collided in southwest Baltimore.

No students were on the bus, but according to local reports, the driver was on his way to pick up his first group of passengers, who were apparently special needs and homeless children:

The school bus driver had a good record, and authorities say they still aren't sure what caused the crash, noting that there were no indications he tried to brake.  According to witnesses, the school bus rear-ended a car, struck a concrete pillar, and then continued a block before hitting the commuter bus:

The two buses remained jack-knifed into each other hours later. A bystander said the force of the collision "shook the ground."

"It literally looks like a bomb exploded in the bus, and it's catastrophic damage," police spokesman T.J. Smith said.

Five of those killed were on the No. 10 MTA bus. The school bus driver was also killed:

The National Transportation Safety Board will investigate the cause of the crash.