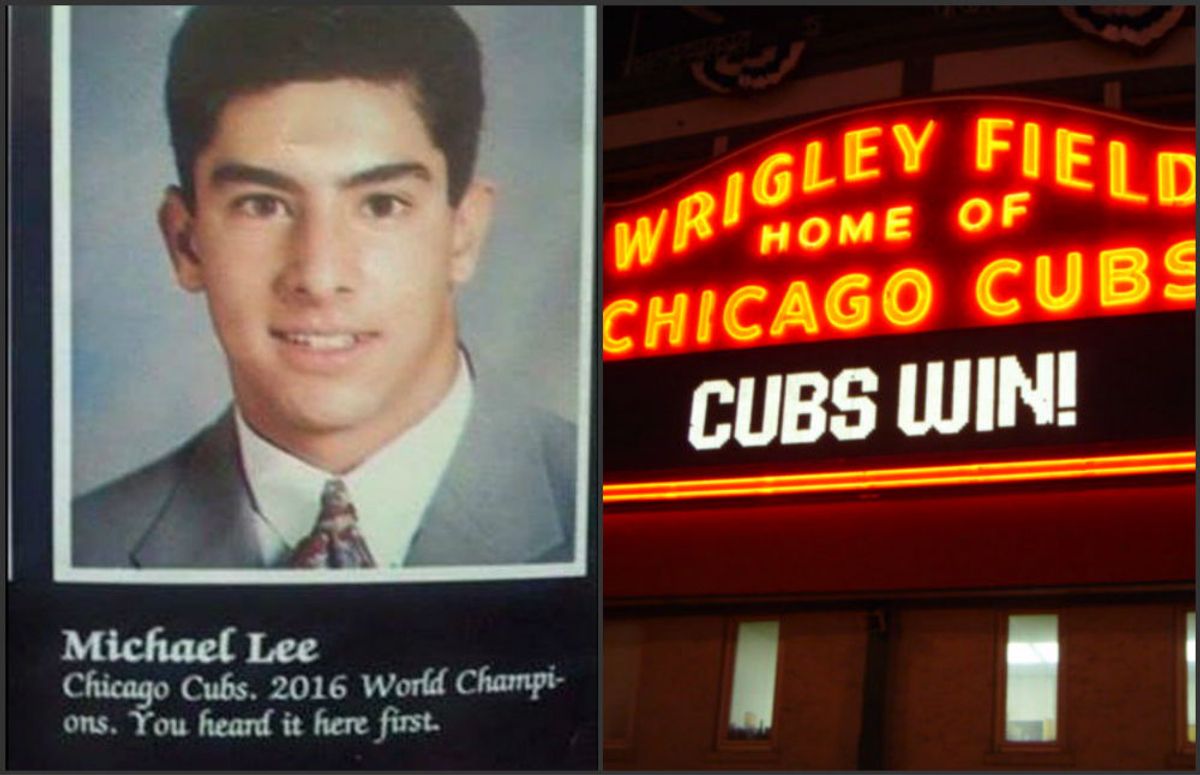 Shortly after the Chicago Cubs triumphed in the National League Championship Series on 22 October 2016, thereby garnering their first trip to the World Series since 1945 (which they eventually won, triumphing over the Cleveland Indians), a photograph began circulating on social media purportedly showing a 1993 high school yearbook quote from Mission Viejo (California) student Michael Lee in which the youngster predicted a 2016 World Series championship for the Cubs: This image was initially met with skepticism, but since its initial posting on TheHeckler.com, multiple photographs showing the same yearbook page have appeared on various sites such as Reddit, where user number1makeitso shared another picture of Lee's quote: Another Reddit user and apparent classmate of Lee also shared multiple photographs showing the entire page of the yearbook: On Twitter, user Thomas Dale shared a photograph of his mother's copy of the yearbook: Lee's prediction echoes a scene from the 1989 film Back to the Future II, which is set in the year 2015 and includes an (in-joke) news report showing the Cubs winning the World Series that year.