The president said Trump's aspersions on the election process are "unprecedented." 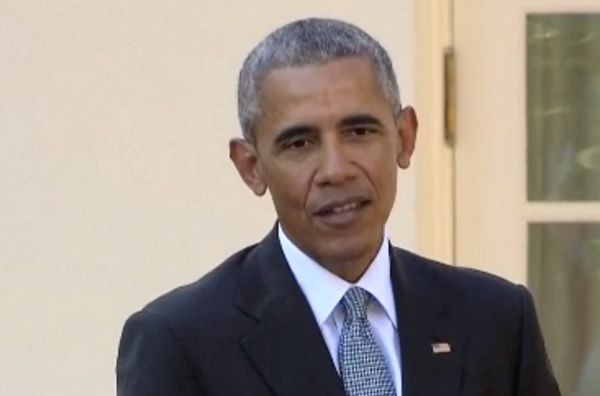 Obama and Renzi were taking questions from reporters on various topics (including international economics and Brexit) when Obama answered a question about Trump now saying that the elections are rigged, calling the claim an "unprecedented" attack on the soundness of the upcoming election:

One of the great things about America’s democracy is we have a vigorous, sometimes bitter political contest, and when it’s done, historically, regardless of party, the person who loses the election congratulates the winner, reaffirms our democracy and we move forward... I have never seen in my lifetime or in modern political history, any presidential candidate trying to discredit the elections and the election process before votes have even taken place. It’s unprecedented. It happens to be based on no facts.

Trump has told supporters he believes the election will be "rigged," but without offering concrete evidence to support his claim. Obama added that Trump is "whining before the game is over":

If whenever things are going badly for you and you lose, you start blaming somebody else, then you don't have what it takes to be in this job...  But the larger point that I want to emphasize here, is that there is no serious person out there who would suggest somehow that you could even rig America's elections. And so I'd invite Mr. Trump to stop whining and go make his case to get votes.

President Obama also said that Trump's praise of Russia's president, Vladimir Putin, is alarming, saying that the way Trump models his own policies after Putin's is "unprecedented" in American politics.