The Curious Case of the Bitten-Off Nose Kiss

A 180-year-old English legal case is often cited as the forerunner of "no means no" and a woman's right to defend herself by force against sexual assault. 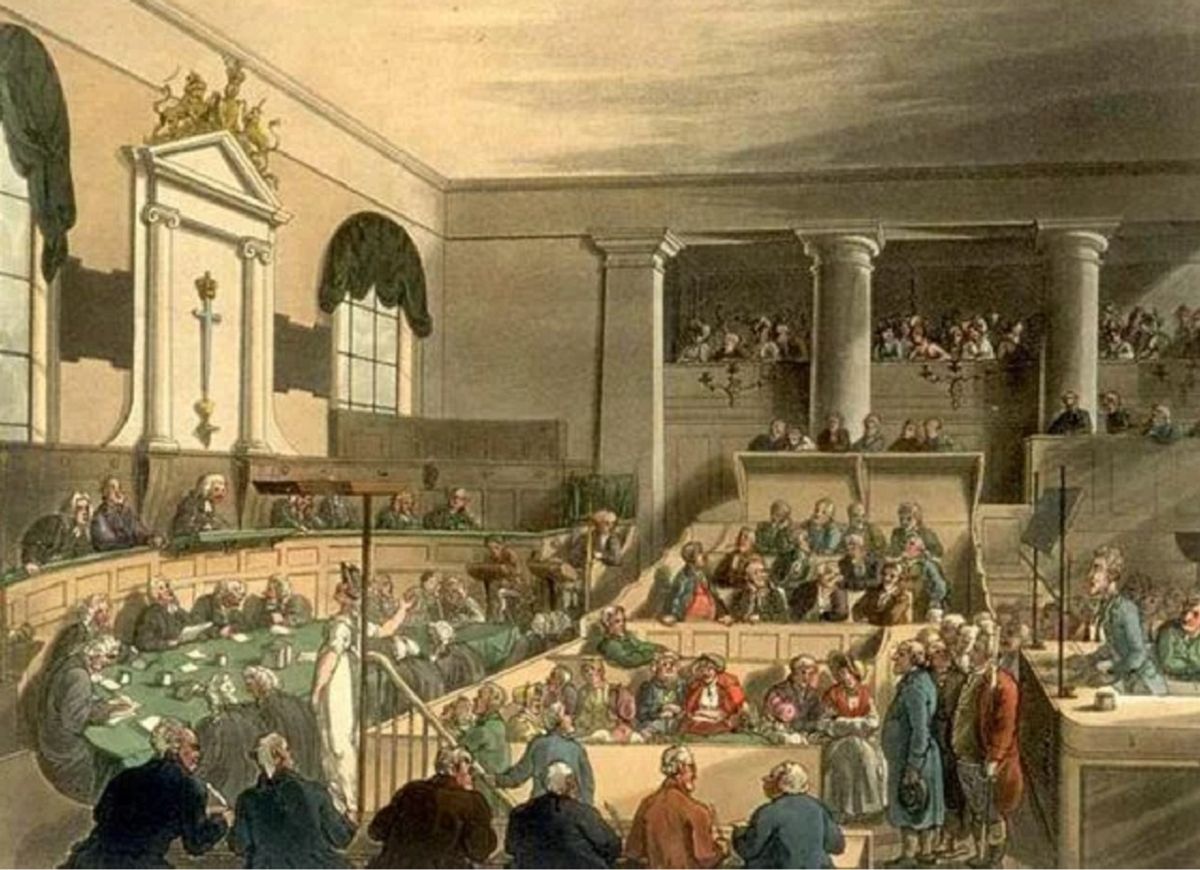 All the claims, denials, charges, and counter-charges brought about in October 2016 by allegations that Republican presidential nominee had groped numerous women over the years prompted renewed interest in a 230-year-old English legal case known as Saverland v. Newton: That proceeding, in which a woman was accused of biting off the nose of a man who attempted to kiss her over her objections, ended with the defendant's being acquitted, and the case is now often cited as the forerunner of today's "no means no" maxim and the establishment of a woman's right to defend herself by force against sexual assault.

As commonly told, the case involved a British gentleman named Thomas Saverland {complainant}, who brought an action against Miss Caroline Newton {defendant} for assault after the woman bit off the left half of his nose when he attempted to kiss her at party. The proceeding ended with the magistrate's {Chairman} telling the jury that it mattered not what verdict they returned; he would not punish the defendant because his opinion was that "if a man attempts to kiss a woman against her will, she has a right to bite his nose off if she has a fancy for so doing":

Caroline Newton was indicted for assaulting Thomas Saverland and biting off his nose.

The complainant, whose face bore incontestible evidence of the severe injury inflicted, the fleshy part of the left nostril being completely gone, stated that on the day after Christmas Day he was in a tap-room where were defendant and her sister. The sister laughingly observed that she had left her young man down at Birmingham, and had promised him no man should kiss her while absent. Complainant regarded this observation as a challenge, especially it being holiday time, and caught hold of her and kissed her. She took it in good part as joke, but defendant became angry, and desired she might have as little of that kind of fun as he pleased.

Complainant told her if she was angry he would kiss her also and tried to do it. A scuffle ensued, and they both fell to the ground. After they got up complainant went and stood by the fire, and the defendant followed and struck at him. He again closed with her and tried to kiss her, and in the scuffle he was heard to cry out, She has got my nose in her mouth.” When they parted he was bleeding profusely from the nose, and a portion of it, which defendant had bitten off, she was seen to spit out of her month upon the ground.

The defendant, a fat, middle-aged woman, treated the matter with great levity, and said he had no business to kiss her sister, or attempt to kiss her, in a public house; they were not such kind of people. If she wanted to be kissed, she had a husband to kiss her, and he was a much handsomer man than [complainant] ever was, even before he lost his nose.

The Chairman told the jury that it mattered little which way their verdict went. If they found her guilty the court would not fine her more than 1s., as the prosecutor had brought the punishment on himself.

The jury, without hesitation, acquitted her. The Chairman told the prosecutor he was sorry for the loss of his nose, but if he would play with cats, he must expect to get scratched.

Turning to the jury, the Chairman afterwards said, "Gentlemen, my opinion is that if a man attempts to kiss a woman against her will, she has a right to bite his nose off if she has a fancy for so doing."

"And eat it too," added a learned gentleman at the bar.

The case caused much laughter to all except the poor complainant.

We note, however, that modern knowledge of Saverland v. Newton comes to us not through a transcript of the court proceedings, or from the hearing's having been included in a legal casebook of the time, but from an account published in a London newspaper (Bell's New Weekly Messenger) on 30 April 1837. Early 19th century newspaper reports being what they were (and sometimes still too often are), we can't vouch for how much this account might have accurately reflected any genuine court proceeding.