Political image attempts to portray Michelle Obama as a hypocrite for holding up singer Beyoncé as a role model. 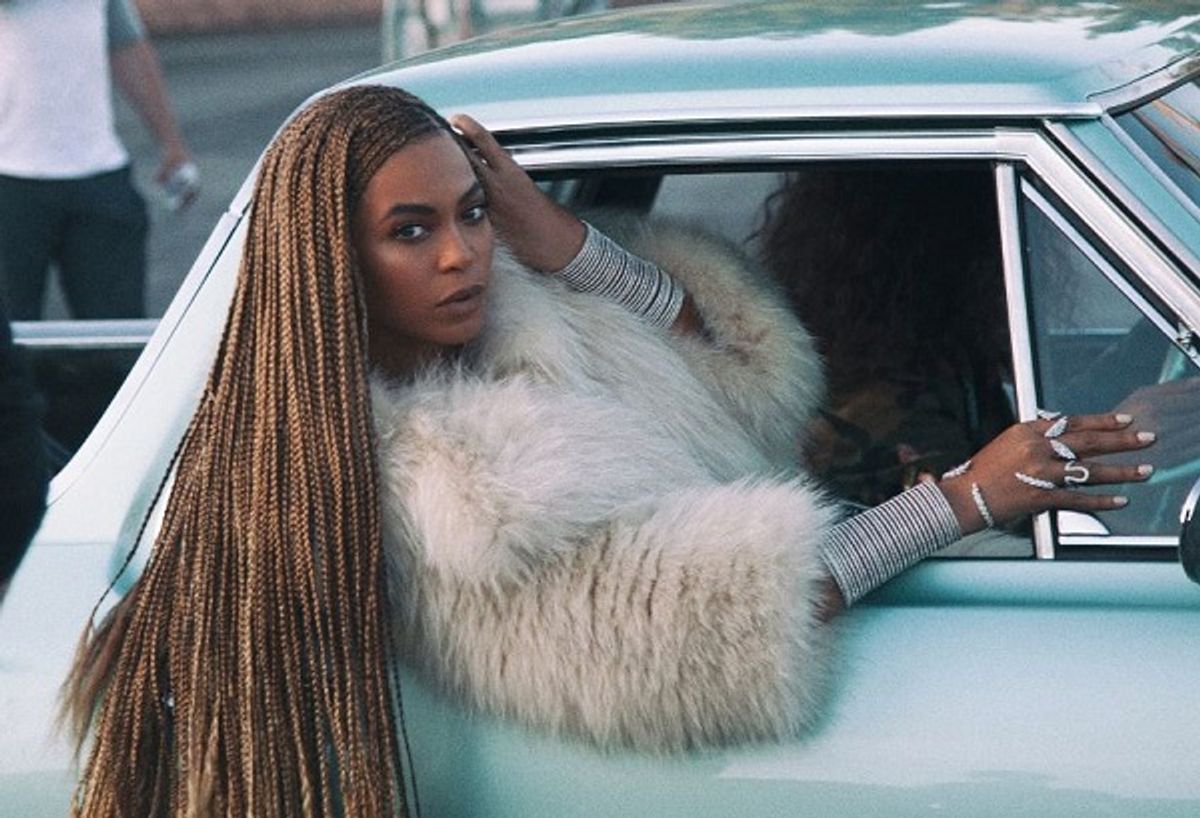 Numerous approaches were taken by Donald Trump's surrogates in October 2016 in order to deflect criticism away from the Republican presidential candidate after the release of a 2005 video that captured him using lewd language with respect to women. While some supporters circulated an out-of-context video of President Obama using the word "pussy" and another allegedly showing him with an erection, other pundits aimed their barbs at a different target: singer Beyoncé.

The focus on Beyoncé came shortly after First Lady Michelle Obama delivered a speech in which she talked about her outrage over Trump's comments and how people should expect more from their leaders:

Conservative pundit Betsy McCaughey was among the first to bring up Beyoncé, asserting during a CNN appearance that Hillary Clinton was a hypocrite for expressing offense at Trump's comments even though her "favorite performer," Beyoncé, supposedly offers up worse language in her song lyrics:

MCCAUGHEY: I wanted to make another point to you, though. Because I abhor lewd and body language. I don’t listen to rap music. I don’t like that kind of thing, but Hillary Clinton, when she expresses ...

MCCAUGHEY: I did. I mentioned rap music because it’s full of the f-word, the p-word, the b-word, the a-word.

LEMON: I don’t anybody, listen, I got to say, I don’t think anybody likes that but those people are not running for president.

MCCAUGHEY: Yes, but I want to point something out.

MCCAUGHEY: Which is, that Hillary Clinton expresses that she finds the language on that bus “horrific,” but in fact, she likes language like this. “I came to slay, bitch. When he f-ed me good I take his ass to red lobster.”

LEMON: Did she say that?

MCCAUGHEY: That happens to be from Beyonce, her favorite performer. Whom she says she idolizes and would like to imitate. So you know what I’m saying to you? There’s a lot of hypocrisy, in Hillary Clinton expressing such horror at language on the bus. Soon afterwards an image was circulated on Facebook featuring photographs of Michelle Obama and Beyoncé, along with quotes ostensibly from the former criticizing Trump's "sexual boasts" while lauding Beyoncé as a "role model": Although the "Whose language is worse?" debate is rather subjective, some of the commentary surrounding it online is factually questionable.

For starters, the lyrics cited by Ann Coulter actually come from a remix of the Beyoncé song "Flawless," a version that includes additional lyrics (including the ones reproduced by Coulter) recited by Nicki Minaj, not by Beyoncé. And, of course, comparing Donald Trump to Beyoncé simply because they both used the same crude word ("pussy") in very different contexts reduces the issue at hand to one of near-pointless triviality — many people were outraged by the substance of what Donald Trump said, not merely the language he employed in saying it.

Also, although the First Lady did publicly thank Beyoncé "for being a role model who kids everywhere can look up to," the statement "Beyoncé could not be a better role model for my girls" (reproduced in the image seen above) was actually spoken by Barack Obama, not by his wife Michelle.

The image shown above is also rather selective in what it supposedly conveys. If Beyoncé is disqualified as a suitable role model for wearing revealing clothing and/or striking some provocative poses, then potential first lady Melania Trump (who has posed for fully nude, sexually suggestive photographs) would have to be eliminated as a suitable role model for similar reasons. (However, the Trump camp has repeatedly taken the opposite tack, describing Melania's nude images as "art" and a "celebration of the human body.")

The image comparison also evidences none of Beyoncé's positive "role model" qualities, such as her $7 million donation to help the homeless in Houston, fundraising efforts to assist with the Flint water crisis in Michigan, the formation of the BEYGood Initiative, and her other global charity efforts (such as promoting Education, Health and Justice for girls and women around the world).