The New York Times was abiding by standard journalistic practice in contacting the Clinton campaign about a story they were publishing. 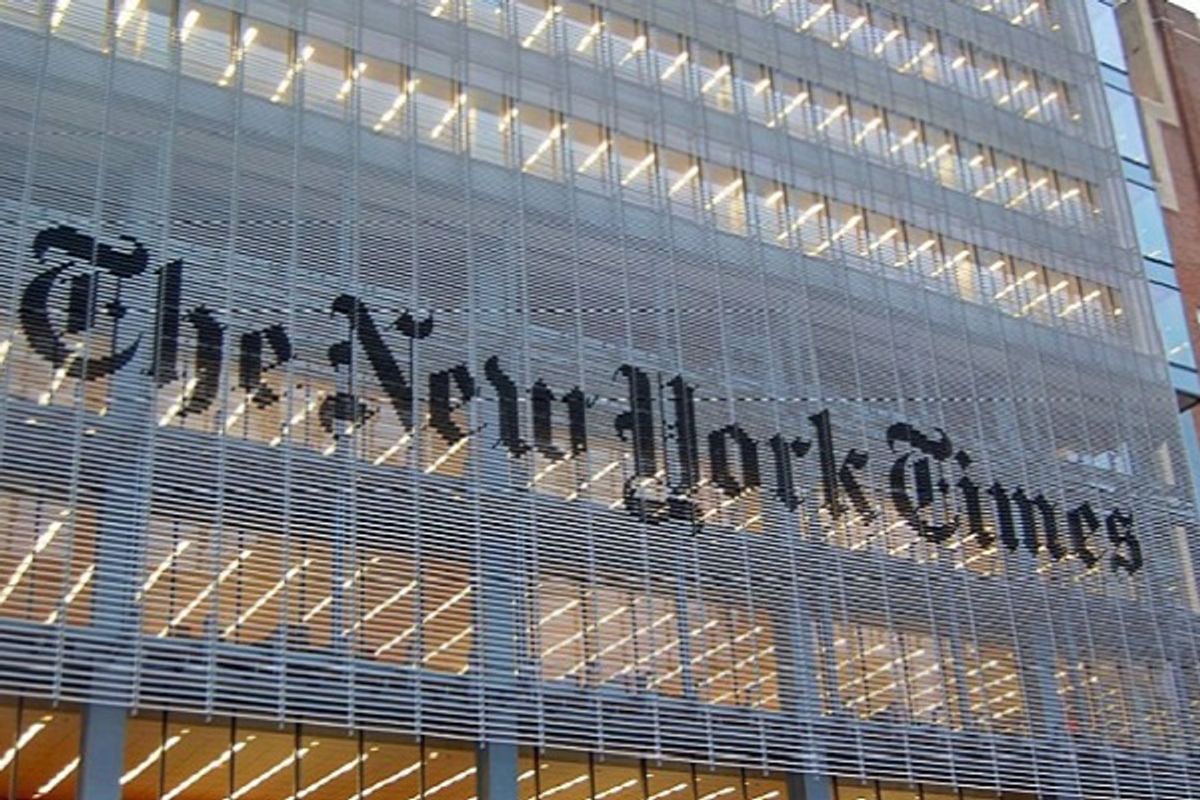 On 14 October 2016, Paul Joseph Watson, a writer for the Alex Jones conspiracy web site Infowars posted on Twitter an e-mail sent between Hillary Clinton campaign staffers that had been published by WikiLeaks, along with the insinuation that it furnished proof the New York Times was colluding with the Clinton campaign by "warning" them in advance of their publishing articles about Clinton:

New York Times warns Hillary campaign in advance of stories they are about to publish. https://t.co/Nz6EwzT7id #PodestaEmails7 pic.twitter.com/VDDCRDxlPe

Under the statement "New York Times warns Hillary campaign in advance of stories they are about to publish," Watson referenced an e-mail dated 17 February 2015 that read:

The NYT (Jonathan Martin and Maggie Haberman) reached out this morning to tell us that they are aware of a meeting HRC had with Senator Warren at her house back in December. They plan to write imminently, so wanted everyone to be aware that this could pop soon.

This e-mail, however, provided no evidence of improper collusion between the Times and the Clinton camp. It is standard journalistic practice for reporters to ask the subjects of their news stories for comment before publishing, and Times reporters Jonathan Martin and Maggie Haberman were doing their due diligence as professional journalists, said Frank Girardot, a former editor with the Los Angeles News Group and author of several true crime books:

It's standard practice for journalists to call the subjects of their stories and ask them to respond to it — in fact, it's good practice. If you just wrote a story about somebody without getting their side of it, it would be unfair ... Essentially, here are the rules. If you're doing a story on somebody, you should call them. You should ask them for a quote. You should let them know that the story is going to be appearing in print or online or on TV, and you should get their side of whatever it is that you're writing about. It's fair, it's right, and that's what makes the difference between good journalism and shoddy, partisan crap.

Haberman and Martin published a story about a meeting between Clinton and Massachusetts senator Elizabeth Warren on 17 February 2015. Neither Clinton, Warren, or any of their representatives commented on the record, so Times reporters instead relied on an unnamed "Democrat briefed on the meeting" as their source.

Watson used another leaked e-mail from WikiLeaks to support his claim that the New York Times was conspiring with the Clinton campaign, one in which Clinton staffers claimed to have a "good relationship" with Haberman, then a reporter at Politico, whom they approached to "tee up" stories:

We have has a very good relationship with Maggie Haberman of Politico over the last year. We have had her tee up stories for us before and have never been disappointed. While we should have a larger conversation in the near future about a broader strategy for reengaging the beat press that covers HRC, for this we think we can achieve our objective and do the most shaping by going to Maggie.

The fact that some Clinton campaign staffers perceived they had a good working relationship with a particular political reporter is also not proof in and of itself of any wrongdoing on the reporter's part.

Watson has not responded to our request for comment regarding his claim.