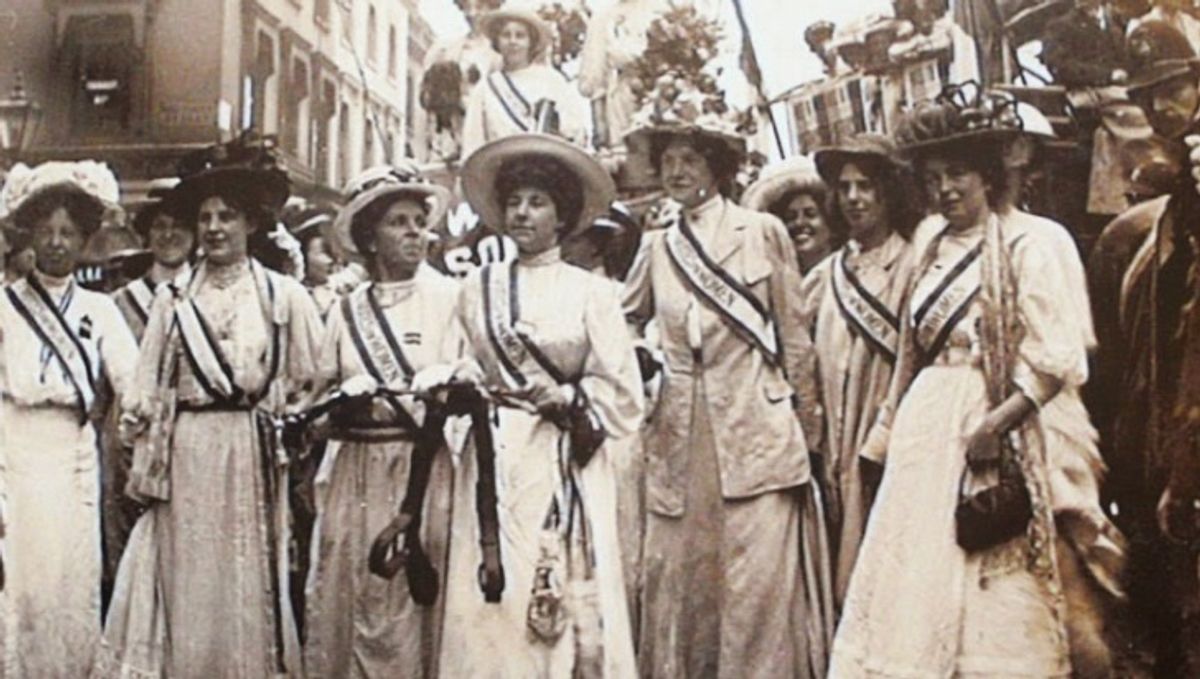 From those maps — which showed an overwhelming victory margin for Donald Trump if only men voted — sprang the somewhat farcical suggestion of repealing the 19th amendment to the Constitution, which prohibits any United States citizen from being denied the right to vote on the basis of sex. Chatter on the subject crossed over from social media to news, with the Los Angeles Times covering the Twitter discussion and embedding two tweets that would come to be widely reproduced as evidence the trend was serious:

I would be willing to give up my right to vote to make this happen #repealthe19th https://t.co/vndQu9dKFP — CT Christian 4 Trump (@TracyOgrodnik) October 12, 2016

A third tweet was cited by the New York Daily News:

#repealthe19th I would gladly waive my right to vote to solidify the win! #TrumpPence2016 #NeverHillary pic.twitter.com/Qte9r4ye2y

Overall, news outlets maintained that supporters of Donald Trump were "calling for a repeal of the 19th Amendment," which presumed both that such a position was legitimately commonplace and that the proposition was somehow perceived as realistic by anyone:

Bustle went out on a limb by firmly opposing a repeal of the 1919 amendment that established women's right to vote:

Supporters are using the hashtag #RepealThe19th in response to Nate Silver of FiveThirtyEight's recent findings that Donald Trump would win this November's election by a large margin if only the country's men voted — and that Hillary Clinton would win by an enormous margin if only women voted.

A call to repeal the 19th Amendment represents a highly misogynistic viewpoint that is extremely damaging to women's rights and empowerment. While it is probably safe to say that most people, including most Trump supporters, do not believe in abolishing a woman's right to vote in the United States, social media has given a provided a platform that inadvertently helps to almost normalize such an extreme viewpoint by making it a part of our rhetoric.

BuzzFeed's "Trump Fans Are Now Saying They Want to Stop Women from Voting With #RepealThe19th" similarly treated the hashtag seriously, as did Salon. But even as blogs and news sites reiterated the claim that Trump's supporters were seeking an impossible rapid-fire repeal of the 19th Amendment (presumably before 8 November 2016), their coverage contradictorily consisted only of tweets opposing the hashtag.

Over and again, the same three tweets were used to evidence the existence of a legitimate movement to take back women's right to vote, along with coverage of the backlash against the nontroversy.

An undated, three-year-old Change.org petition didn't attract any new signees in the purported rush to #Repealthe19th, despite frequent reiteration that a movement of the sort was afoot. And even that earlier petition was almost certainly a joke:

Searches for the hashtag as of 13 October 2016 revealed an abundance of Twitter users mocking or objecting to it, but we were unable to find any tweets favoring the purported movement: After Silver tweeted the two election maps, it was likely enough Trump supporters joked about repealing the 19th Amendment to create a Twitter trend. But despite numerous media outlets reporting #Repealthe19th as a genuine call to strike the amendment, there didn't appear to be anyone seriously suggesting women's right to vote be rescinded in order to facilitate a Trump win.