An Arkansas woman posted a video claiming she is the latest KFC diner to find something finger-lickin' bad in her order. 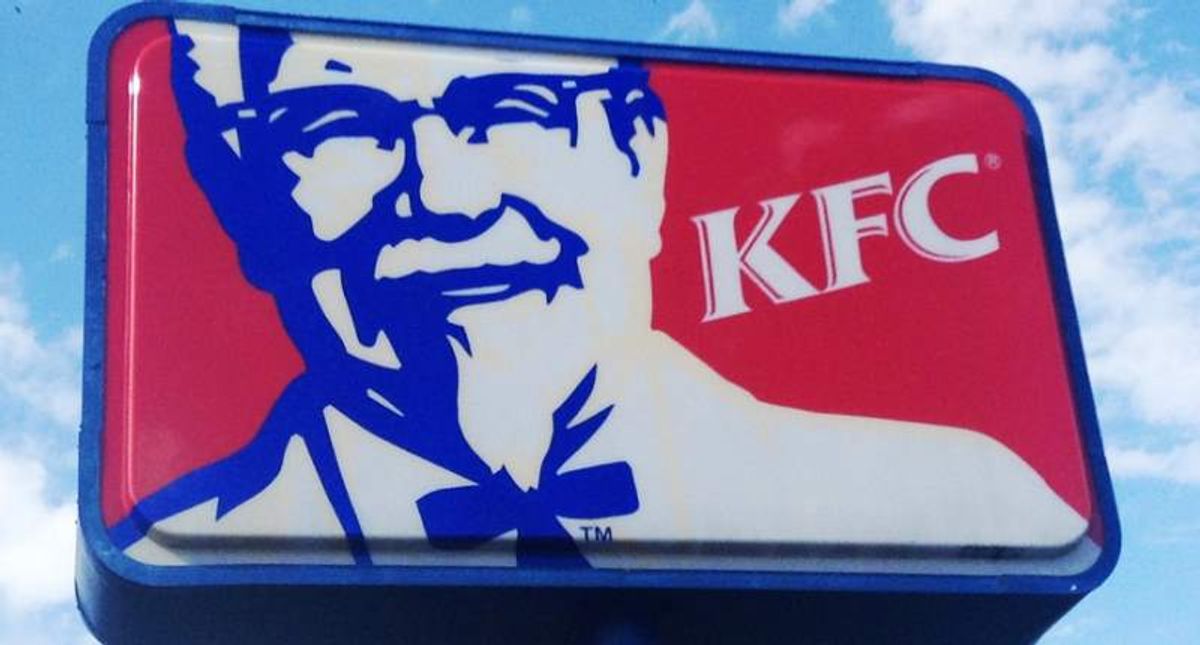 A West Helena, Arkansas, woman went online saying her son needed to be hospitalized after her Kentucky Fried Chicken order had "fly eggs" on it.

The woman reportedly contacted local police via Facebook and shared video of the offending platter, which quickly spread online:

KFC released a statement in response to the issue that said their food preparation procedures made it unlikely the contamination occurred in one of their restaurants:

KFC follows strict food safety and handling procedures and works closely with local and state Health Departments to ensure the safety of our food and health of our guests. In fact, a few days before, as well as immediately after we learned of this allegation, the Health Department conducted thorough investigations at the restaurant and found no evidence of temperature issues, pest issues, spoiled food, or any other issues of concern.Our chicken is inspected and hand-breaded in our kitchens by expertly trained cooks before being cooked to a temperature of 165F or higher, and hot-held at a temperature above 140F. Due to these strict procedures we have in place, we are confident that this did not occur while the food was still inside our restaurant

It is unclear how the flies could have survived KFC's cooking process, which involves pressure-frying their chicken under the franchising guidelines set by company founder Harland Sanders:

Pressure frying is based on the same principle as the then-new technology of pressure cooking. By fitting a pot with a very tight lid, you can create a high-pressure environment in which the boiling point of water is raised above its normal 212 degrees Fahrenheit. With the water hotter than normal, tough cuts of meat that normally require long braising times can be done relatively quickly.

KFC provided a detailed look into their chicken preparation process at a 4 April 2016 press event featuring comedian Rachel Dratch, during which they noted that each piece of chicken is inspected for defects before being placed inside a pressure-cooker for 25 minutes.

The unidentified Arkansas woman's complaint is far from the first of its kind. A woman in Auckland, New Zealand, said she found fly eggs in her KFC order on 15 January 2016; an English man reported finding a maggot in his chicken when he visited a KFC restaurant in Oldbury in the West Midlands in June 2015; a woman in the Guangdong province of China said in October 2014 that her order contained worms; and James MacNeal, a former manager at a KFC in Seaside, Oregon, accused the company in an April 2012 lawsuit of firing him for refusing to cook and serve "greenish chicken" that was never frozen in advance of delivery.