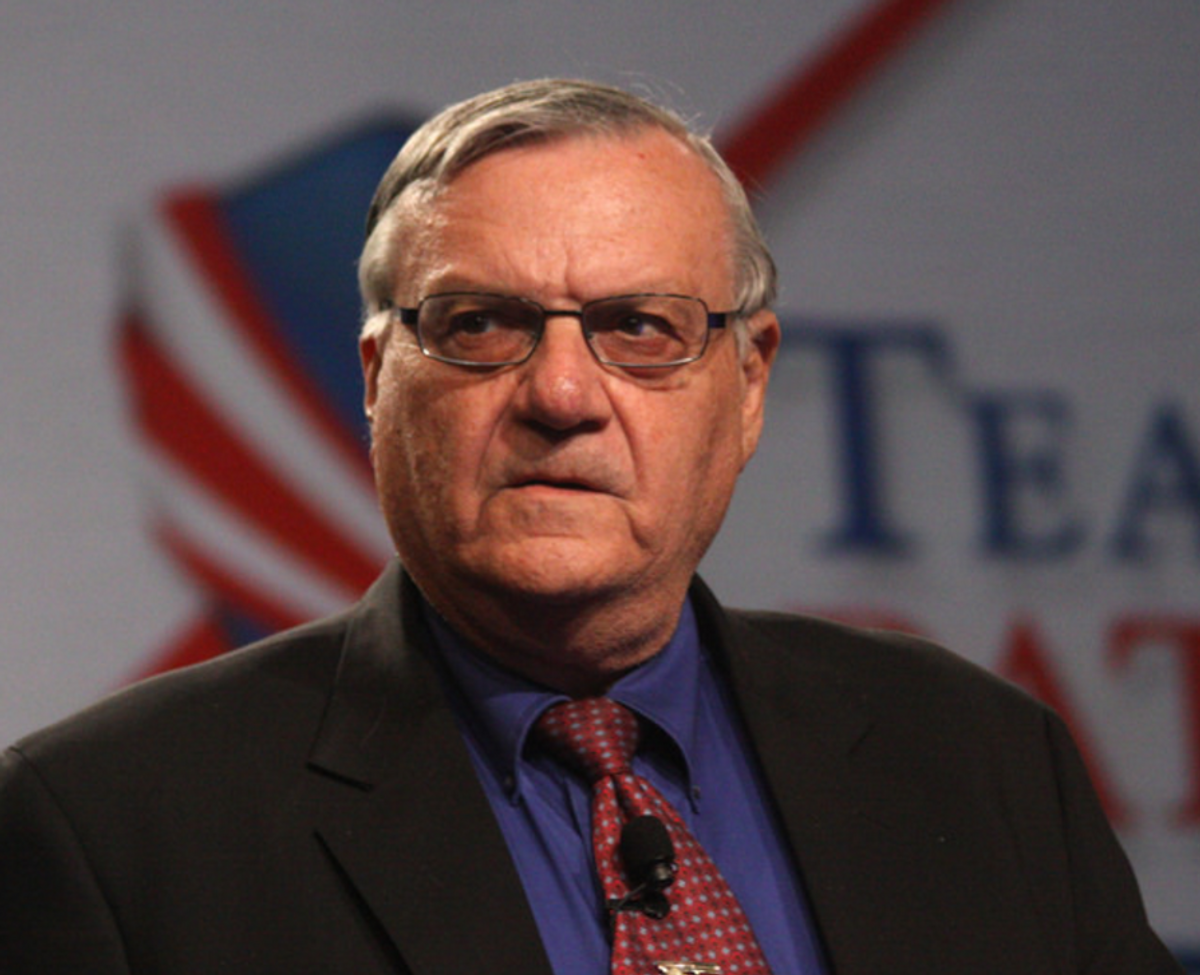 Joe Arpaio, arguably the most notorious sheriff in the United States for his hard-line stance on immigration, his open embrace of so-called birtherism, and his proclivity for reality television shows, is set to be charged with criminal contempt by the U.S. Justice Department.

Arpaio, 84, colloquially called "Sheriff Joe" and "America's Toughest Sheriff" by his fans and foes alike, is the longest-serving sheriff of Arizona's Maricopa County.  His methods and statements regularly made headlines, up to and including the controversial immigration patrols that eventually spawned the contempt case, which began in 2007 when a Mexican tourist said that he was illegally detained for more than nine hours without charges:

Eventually, the case grew to include complaints from two Hispanic siblings from Chicago who believed they were profiled by sheriff's deputies, and an assistant to former Phoenix Mayor Phil Gordon whose Hispanic husband claimed he was detained and cited while white motorists nearby were treated differently.

In May 2013, Snow found that Arpaio’s law-enforcement practices illegally targeted Latinos. The federal judge ordered sweeping reforms for the office, but for the three years since, the case has continued to attract controversy.

Allegations arose that Arpaio and his aides had defied three of the judge’s orders stemming from the case.

The federal government ordered Arpaio to stop his patrols (in which suspected undocumented immigrants were detained without legal cause) but he refused, prompting the charges.

In a strange turn, Arpaio is also accused of carrying out his own secret investigation into U.S. District Judge Murray Snow, the federal judge who recommended charges be brought against him. Arpaio testified under oath that he had hired private investigators to look into comments that Snow's wife had supposedly made in a restaurant:

Arpaio said he had come into the possession of an e-mail from a tipster who claimed to have met Snow's wife at a restaurant, and that Snow's wife said the judge "wanted to do everything to make sure I'm not elected."

Arpaio said his counsel then hired a private investigator to look into the matter.

"Results confirmed that your wife was in that restaurant," Arpaio told Snow. "I guess (the investigator) talked to the witness, confirmed that that remark was made."

Arpaio also admitted to using county funds to investigate the Department of Justice in 2013 following another tip, but even that wasn't the first time he had done so:

Perhaps the most notorious demonstration of this practice came between 2008 and 2009, when Arpaio and then-Maricopa County Attorney Andrew Thomas launched a series of government "corruption" investigations, and filed indictments against former county Supervisor Mary Rose Wilcox, Superior Court Judge Gary Donahoe and others.

But the charges later crumbled when it became clear that there was no real basis for the allegations and no federal statutes specifically authorized Arpaio and Thomas' actions.

Arpaio faces up to six months in jail if convicted of criminal contempt, a misdemeanor charge. His attorney said that he intends to fight the allegations.