A man was wounded by Los Angeles County Sheriff's deputies at a train station in Santa Monica. 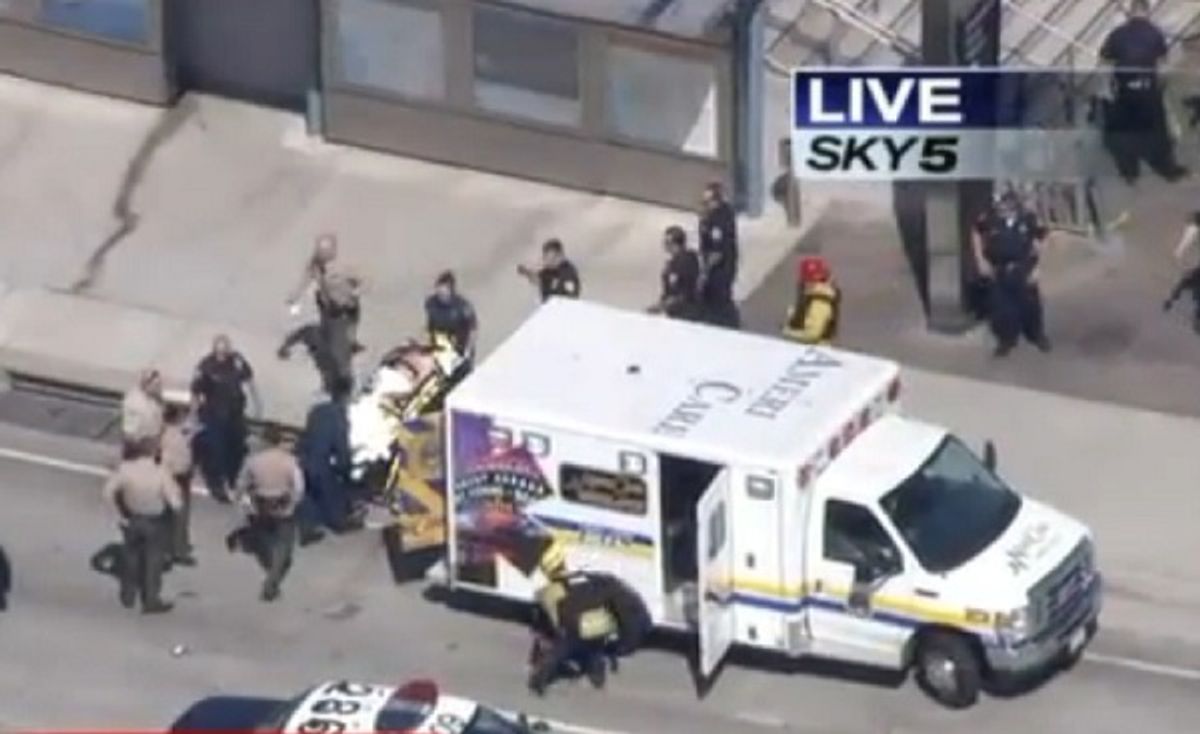 A Los Angeles County Sheriff's deputy shot and wounded a man at a newly-opened stop on Los Angeles Metro's Expo line during the early afternoon hours of 4 October 2016.

Sheriff's deputies told us the shooting took place at 12:55 p.m. at the downtown Santa Monica station, which is the terminus of the Expo line. The station (on Fourth and Colorado) lets passengers out onto a platform at a busy outdoor mall in the affluent, coastal city.

The Sheriff's Department's homicide bureau is investigating the shooting, though the department's official statement maintains the man's condition is currently unknown. Sheriff's public information officers said his ethnicity is also unknown. The man was shot by a deputy assigned to patrol Los Angeles' rapidly-expanding rail system who was responding to a call.

The incident is the third shooting in the span of a week by police in Southern California. On 27 September 2016, police in El Cajon shot and killed Alfred Olango, a 38-year-old black man. Two others, including Carnell Snell, 18, and another man who has not yet been identified, were killed over the weekend starting 1 October 2016 by Los Angeles police. A fourth man, Reginald Thomas, died after being Tased by Pasadena police on 30 September 2016.