Despite alarming reports, the statistical probability of a "Big One" occurring in California temporarily went up only a small amount. 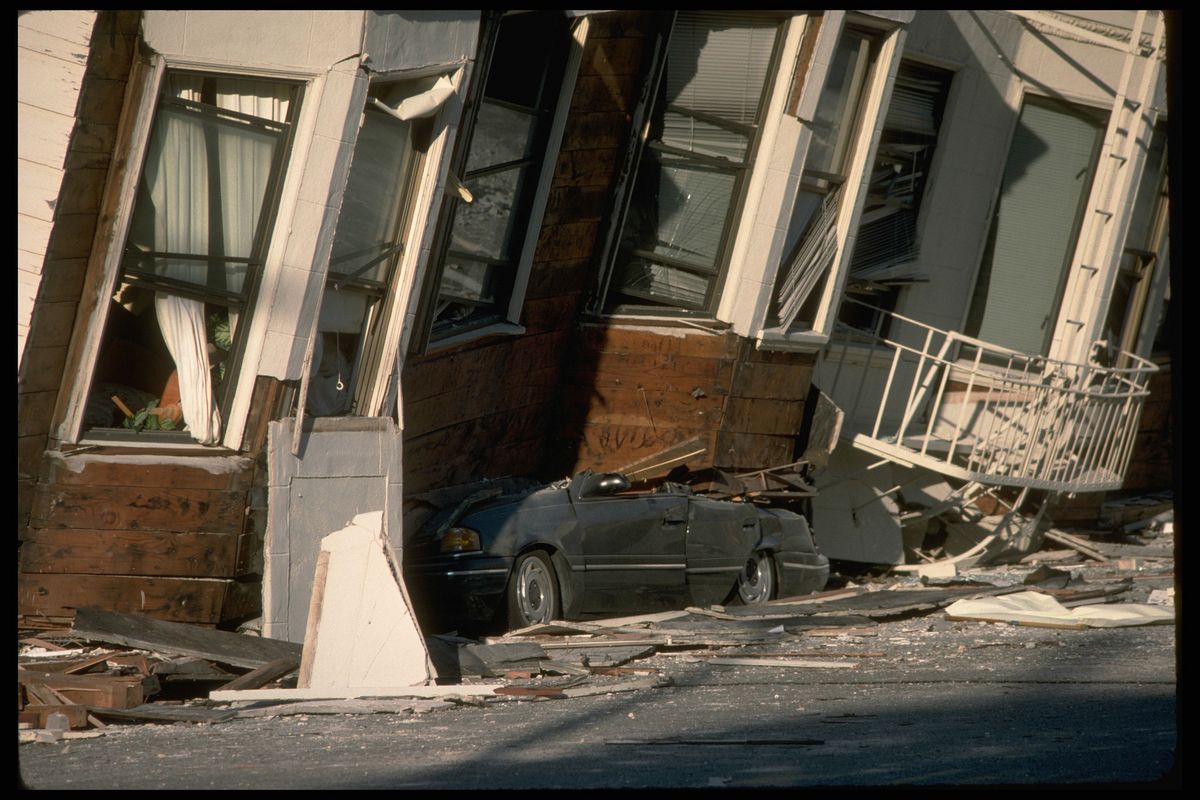 On 26 September 2016, hundreds of small earthquakes rumbled across southern California's inland Salton Sea. Following that swarm, stories began to appear that an earthquake advisory had been issued for the Imperial Valley and surrounding regions:

The swarm occurred in a region known as the Brawley seismic zone, which is located near a fault network that connects the southernmost end of the San Andreas fault with the Imperial fault.

Scientists say some of the cross-faults are positioned to potentially add stress to the San Andreas fault and the San Jacinto fault system when they rupture.

Soon, the hashtag #EarthquakeAdvisory was trending on social media, with responses ranging from worried (wondering if evacuations should be announced, for example) to humorous (mostly memes):

when you realize that the big one might hit this weekend and you live in california and your dad is not the rock #EarthquakeAdvisory pic.twitter.com/InI1yl0Zyq

The alert, which was issued by the Governor's Offices of Emergency Services, was immediately picked up by less savory outlets, playing fast and loose with the facts to generate clicks and shares based on fear:

Wow, this is big. The Salton Sea is going off the charts, and now Southern California is under a major earthquake alert.

The truth, as is so often the case, was much more prosaic and less alarming than the chatter. While seismologists are in the process of developing better early-warning systems for quakes (which currently can anticipate shaking from quakes already in progress by a matter of seconds to minutes; on 30 September 2016, California's governor signed a bill into law to further develop a statewide early warning program), no system currently exists to accurately predict a quake over the long term. An earthquake advisory is generally issued after a swarm of smaller quakes rattles an area near a fault zone, and CalOES decided to use the advisory as an opportunity to remind people to be prepared for a larger temblor at any time:

“California is earthquake country. We must always be prepared and not let our guard down,” said Director Mark Ghilarducci. “The threat of an earthquake on the San Andreas Fault hasn’t gone away, so this is another important opportunity for us to revisit our emergency plans and learn what steps you need to take if a significant earthquake hits.”

In other words, it's standard protocol that just happened to get a lot of attention this time around:

According to the California Earthquake Advisory Plan, upon the occurrence of an earthquake or sequence considered by knowledgeable scientists as potentially precursory to a large damaging earthquake, the California Earthquake Prediction Evaluation Council (CEPEC) will be convened rapidly via conference call to discuss the event. Typically, the event is an earthquake of M≥5 in a region known to be seismically active and has experienced large (and sometimes damaging) earthquakes in the past. Based on the CEPEC evaluation, a statement is generated describing the event or series of events and its potential to be a foreshock, including a probability estimate that a similar or larger event will occur within a 3–5 day time window. This statement is transmitted to the California Office of Emergency Services, which generates a message to local jurisdictions in the affected region that includes the CEPEC assessment and recommendations for response actions by local emergency services organizations and preparedness measures that should be taken by members of the public.

To say it very clearly: Earthquake swarms are not at all an indicator that something bigger is about to come. Too many times such swarms have happened without culminating in a big, destructive quake.

Part of the reason that this particular advisory got the press and social media attention that it did is that the swarm occurred less than a month ahead of the annual Great California ShakeOut earthquake simulation drill, a program that is aimed at encouraging the general public to have a plan in place, no matter where they are, in the event of the Big One (or even a big one), and so CalOES took the opportunity to remind people to be ready.  The elevated probability of a quake, while present, was relatively small:

CEPEC believes that stresses associated with this earthquake swarm may increase the probability of a major earthquake on the San Andreas Fault to values between 0.03 percent and 1.0 percent for a M7.0 or larger earthquake occurring over the next week (to 09:00 hrs PDT, Tuesday, October 4, 2016). This probability range is based on several models developed for assessing aftershock/foreshock probabilities within California. CEPEC recommends that local emergency services be advised of the potential for further earthquake activity and that the citizens of the affected regions should maintain a prudent level of earthquake preparedness.

As Los Angeles-area seismologist and "earthquake lady" Lucy Jones wrote in a pithy tweet about the risk:

.@Shanadealton You want to evacuate all SoCal for a 1% chance of an EQ? You'd kill more people in traffic accidents than the EQ would. — Dr. Lucy Jones (@DrLucyJones) October 1, 2016

The elevated risk warning expires after a week.  However, seismologists say that the probability of a 6.7 magnitude or higher earthquake striking southern California before 2037 is 93 percent (and greater than 99 percent for the entire state).