The university student, 18-year-old Tristan Rettke, was arrested on a felony charge of civil rights intimidation. 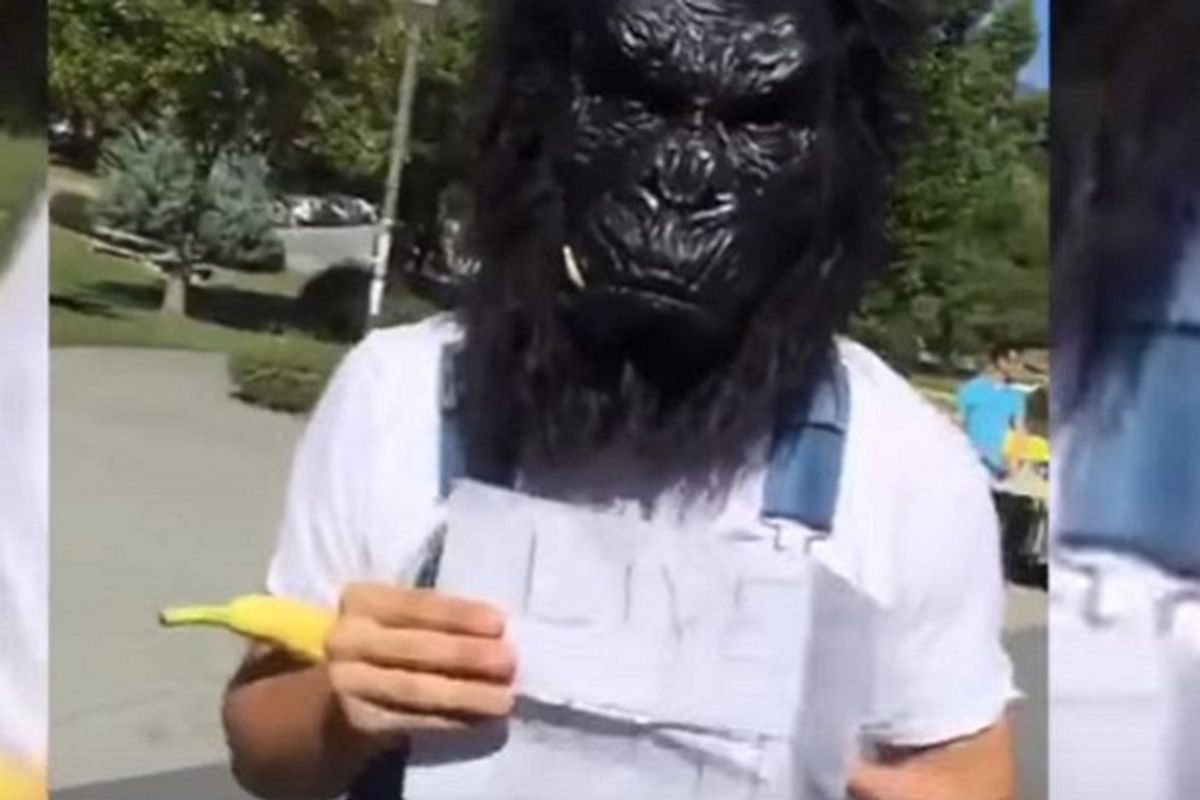 University police in East Tennessee have arrested a white college student after he was caught on camera harassing Black Lives Matter protesters by showing up to a demonstration in a gorilla mask, carrying bananas, rope and a Confederate flag.

Tristan Rettke, 18, was arrested on 27 September 2016 on a felony count of civil rights intimidation, East Tennessee State University police told us. He is a freshmen at the school. A fellow student, Grant Madison, caught Rettke on video, and while the protesters seem to be trying to go about their demonstration while ignoring him, Madison (who is African-American) says:

This is what I go to school with.

On the video tape, Rettke can be seen pacing barefoot around the demonstrators, who remain calm. Madison says:

There's police standing right there, and if I punch him in his head, I'm going to go to prison, right? But he can come out here and do that to me, right?

The university reacted swiftly to the incident by hosting a two-hour discussion about racism and posted the video to social media. But according to reports, this is just one of a series of racial incidents as universities in the United States start fall classes:

This month at the University of Michigan, racially offensive posters were found on campus advising white women not to date black men. At Eastern Michigan University, someone painted KKK and slurs on campus walls. At Kansas State University, a photo of a former student with her face painted black and a racial slur was shared on social media.

The university released a statement to students saying that while a criminal case is pending against Rettke, the school has started an internal student conduct investigation on his actions.