Man Dies After Being Tased By Police in Pasadena, California

Relatives of Reginald Thomas say he was mentally ill, and was holding a knife and fire extinguisher when police arrived. 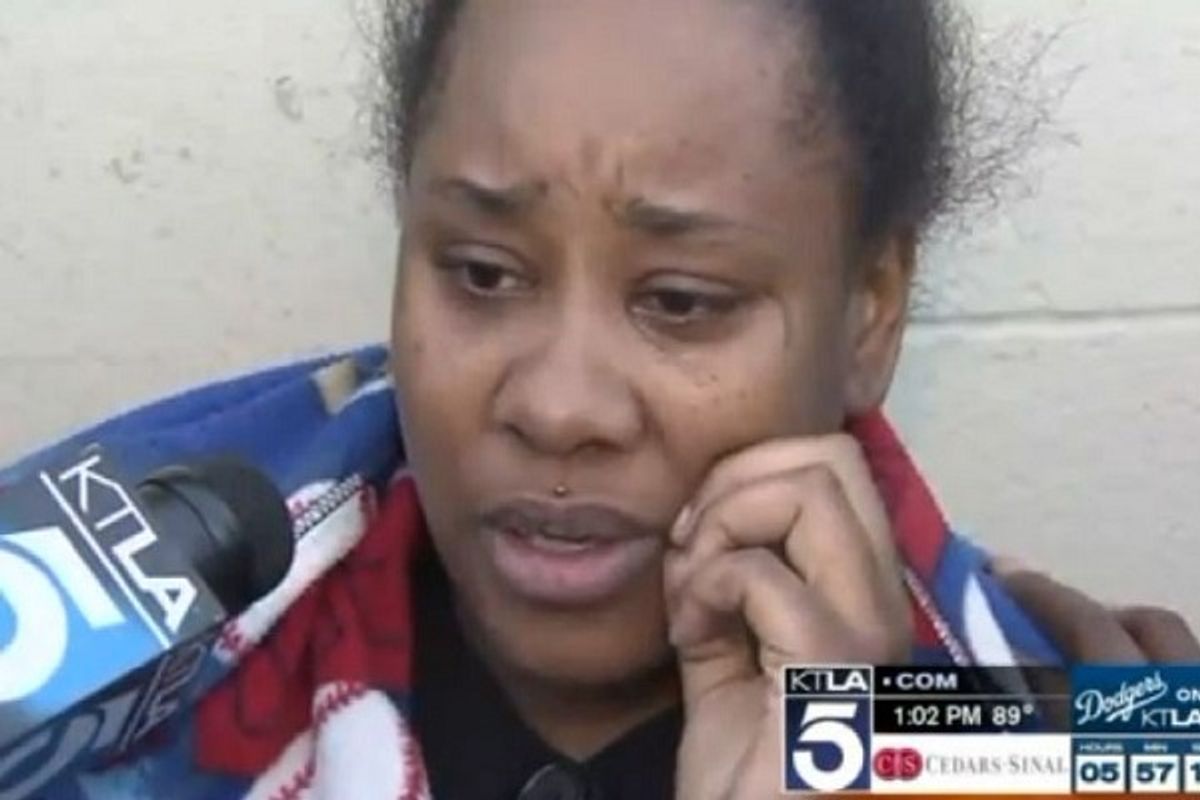 Protesters gathered on 30 September 2016, after a black man who was reportedly mentally ill died during an interaction with police in Pasadena, California.

Family members said that Reginald Thomas died after he was subdued, Tased, and handcuffed by officers after what they described as a "fight" in the southern California city, just northeast of Los Angeles.

Thomas' partner, Shainie Lindsay, said that Thomas (known as "JR") was 35 years old and a father of five. Lindsay's brother, Forrest Elder, told the paper that Thomas had called for help, but instead police "treated him like a suspect."

A boy is leading the chant in the street right now. #reginaldthomas pic.twitter.com/J6siVMNHDS

Lindsay told media reporters that she woke up to a "bad dream,"  and that Thomas was "out of it," knew he needed help, and called police. She said that when officers arrived at around 2:20 a.m., they told him to drop a fire extinguisher and a knife he was holding, but he was unable to comply due to his mental state.

Police reportedly then shot him with a Taser, wrestled with him, kicked him in the head and hit him with batons:

The term "51-50" is code for a person who is a danger to themselves or others, and means a person must be placed on psychiatric hold for 72 hours for evaluation and treatment.

Officers responded to the scene and encountered an African American male adult armed with a knife. The suspect did not comply with Officers orders as the suspect attempted to re-enter an occupied apartment at the location. Pasadena Officers deployed a Taser in an effort to disarm the suspect and a fight ensued. The suspect was ultimately subdued by Police.  Upon restraining the suspect, the Officers observed him not breathing at which time CPR and life saving measures were implemented. The Officers continued CPR until the arrival of Pasadena Fire Paramedics who continued to render aid. Despite the efforts of Officers and Paramedics the suspect died at the scene.