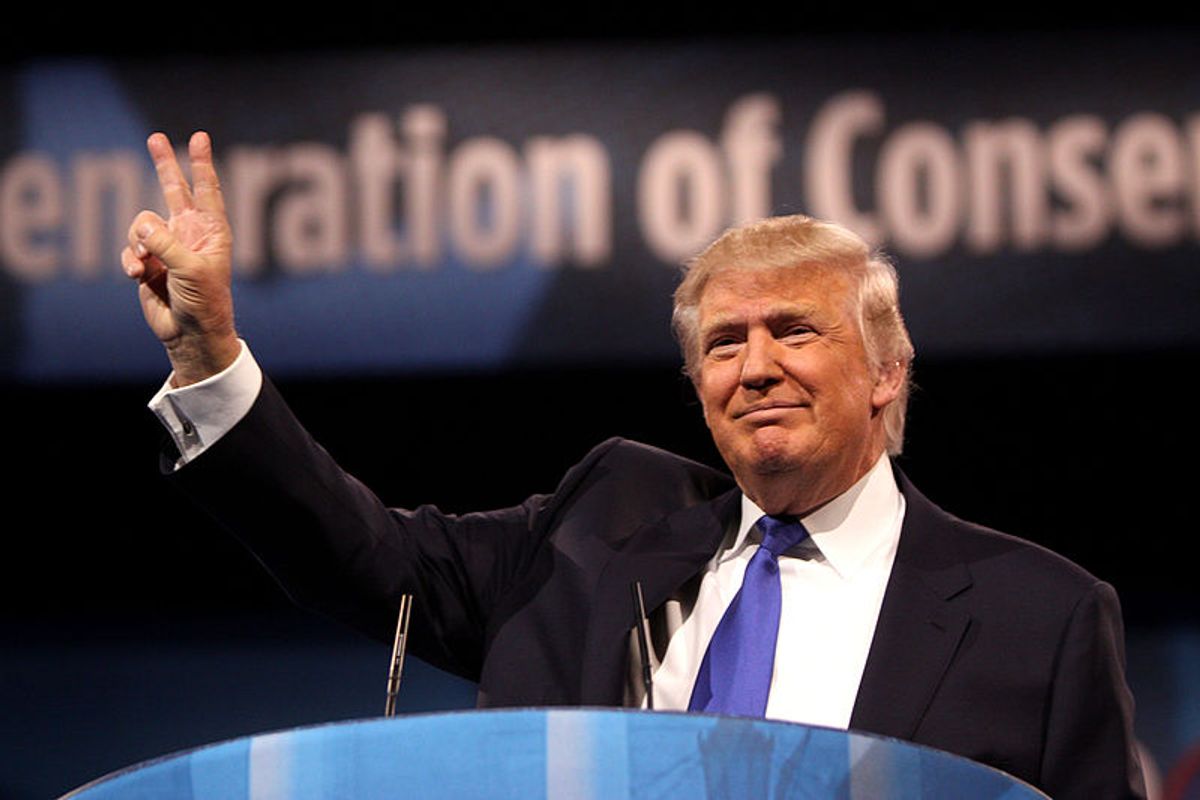 Trump first made the comments at a stop in Waukesha County in Wisconsin. It is not the first time he's tangled with a major tech firm.  He previously blasted Apple for refusing to write software to break into the iPhone belonging to Syed Farook, one of the shooters who attacked a holiday party on 2 December 2015 in San Bernardino, California. Apple, in turn, refused to help the Republican party with its July 2016 convention in protest of Trump.

During the 28 September rally at the Waukesha County Expo Center, Trump said Google was both helping and hurting his campaign:

And a new post-debate poll that just came out, the Google poll, has us leading Hillary Clinton by two points nationwide. And that's despite the fact that Google search engine was suppressing the bad news about Hillary Clinton. How about that.

Executive chairman Eric Schmidt said that the company has been and will remain neutral, and that people who believe they are biased don't understand how it works:

Google's Autocomplete algorithm, which gives suggested search terms once you've started typing in a query, doesn't populate any negative terms when paired with a person's name, the company explained. That means "Hillary Clinton cri" doesn't autocomplete to "crime," and the same logic would apply to "Donald Trump cri."

Trump had previously accused Google of bias in June 2016.  A company spokeswoman denied it at the time:

Google Autocomplete does not favor any candidate or cause. Claims to the contrary simply misunderstand how Autocomplete works.

Our Autocomplete algorithm will not show a predicted query that is offensive or disparaging when displayed in conjunction with a person's name. More generally, our autocomplete predictions are produced based on a number of factors including the popularity of search terms.