Mother Overdoses on Heroin at Store With Toddler

The child was taken into protective custody and the mother has been charged with child endangerment. 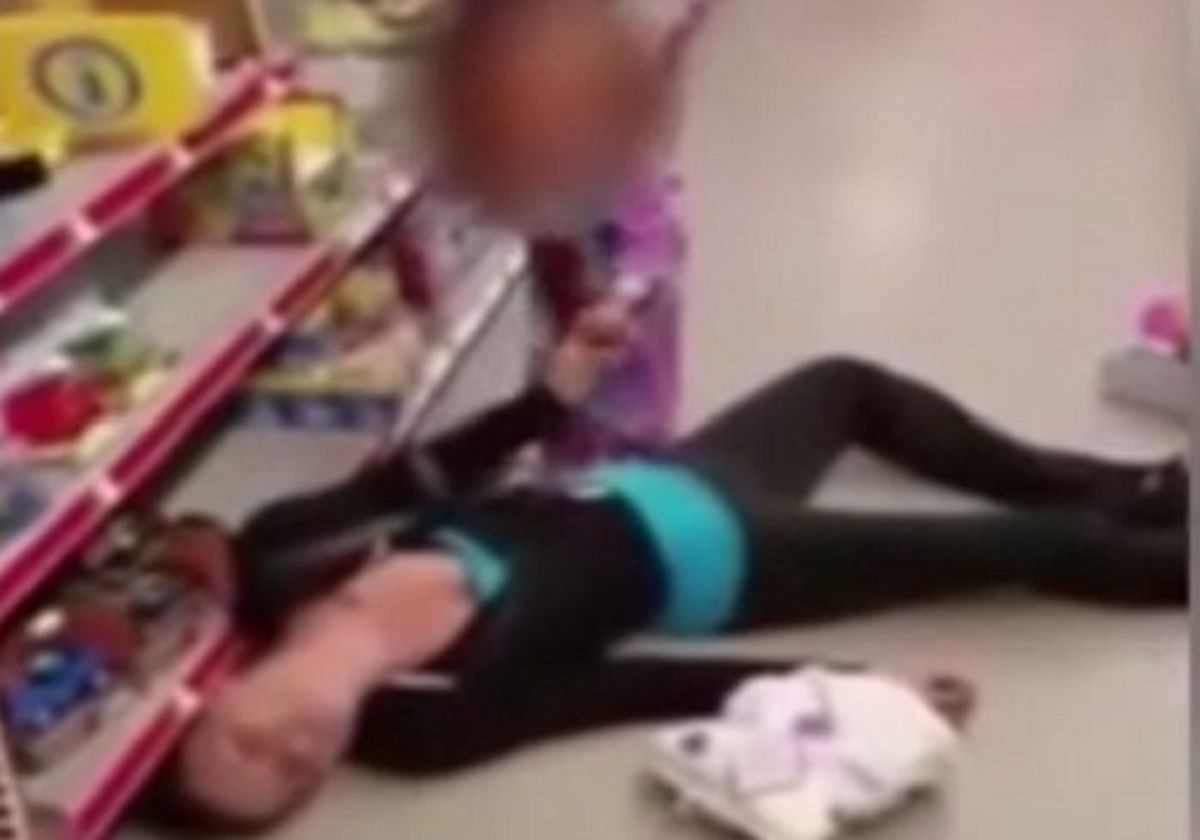 Police in Lawrence, Massachusetts have charged a woman with child endangerment after a video showed her passed out in the aisle of a Family Dollar store with her screaming toddler trying to wake her.

The 18 September 2016 video shows the woman (who has not been named in media reports) unconscious in an aisle of a grocery store, while her little girl frantically tries to wake her. A man who claims to know the woman also tries to wake her, and says he'll call her boyfriend. The people filming the incident called 911, and paramedics can be seen bringing in a stretcher at the end of the video. Boston-based news station Fox25 reports it took two doses of the anti-narcotic Narcan to revive her:

It’s very disturbing to see someone obviously in the matter of addiction where it overtakes someone where they’re not able to take care of their child, leaves their child vulnerable.

Police told reporters that they shared the video — which was used as evidence against the woman in the child endangerment case — because they want the public to see the hazards of heroin and related narcotics.

Earlier in September 2016, police in East Liverpool, Ohio, shared a similar photograph of a couple passed out from suspected heroin overdose, with their toddler in the car.